Could vacuum physics be revealed by laser-driven microbubble? 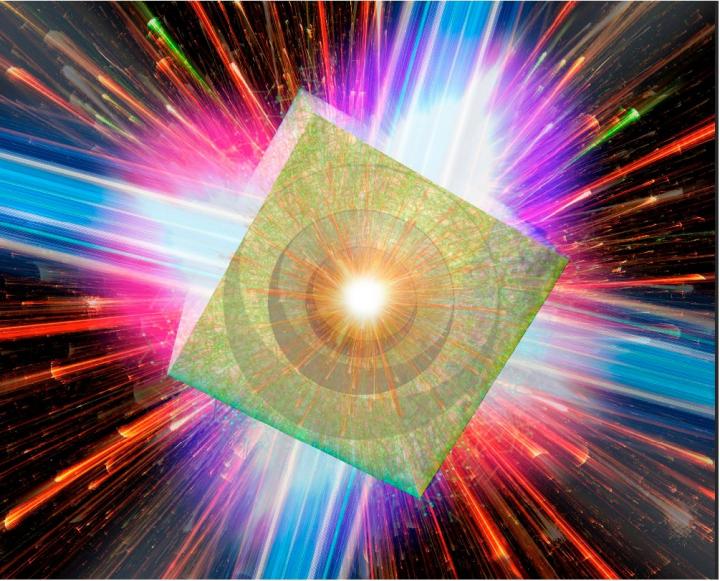 Osaka, Japan — A “vacuum” is generally thought to be nothing but empty space. But in fact, a vacuum is filled with “virtual particle-antiparticle pairs” of electrons and positrons that are continuously created and annihilated in unimaginably short time-scales.

The quest for a better understanding of vacuum physics will lead to the elucidation of fundamental questions in modern physics, which is integral in unravelling the mysteries of space exploration such as the Big Bang. However, to forcibly separate the virtual pairs using a laser’s electric field and cause them to appear not as virtual particles but real particles, the laser intensity required would be ten million times higher than what today’s laser technology is capable of. This field intensity is the so-called “Schwinger limit”, named a half century ago after the American Nobel laureate, Julian Schwinger.

Scientists at Osaka University discovered a novel mechanism which they refer to as microbubble implosion (MBI) in 2018. In MBI, super-high energy hydrogen ions (relativistic protons) are emitted at the moment when bubbles shrink to atomic size through the irradiation of hydrides with micron-sized spherical bubbles by ultraintense, ultrashort laser pulses.

In this study, the group led by Masakatsu Murakami confirmed that during MBI, an ultrahigh electrostatic field close to the Schwinger field could be achieved because micron-sized bubbles embedded in a solid hydride target implode to have nanometer-sized diameters upon ionization.

From the 3D simulations carried out at the Osaka University Institute of Laser Engineering, they also found that the density during the maximum compression of the bubble reaches several hundred thousand to one million times solid density. At this density, something no larger than a lump sugar would weigh a few hundred kilograms. The energy density at the bubble center was found to be about one million times higher than that at the sun. These astonishing numbers have been thought to be impossible to achieve on Earth. Their research results were published in Physics of Plasmas.

Osaka University was founded in 1931 as one of the seven imperial universities of Japan and now has expanded to one of Japan’s leading comprehensive universities. The University has now embarked on open research revolution from a position as Japan’s most innovative university and among the most innovative institutions in the world according to Reuters 2015 Top 100 Innovative Universities and the Nature Index Innovation 2017. The university’s ability to innovate from the stage of fundamental research through the creation of useful technology with economic impact stems from its broad disciplinary spectrum. Website: https://resou.osaka-u.ac.jp/en/top

Cyanide compounds discovered in meteorites may hold clues to the…

Heuneburg early Celts across classes may have drunk Mediterranean wine…