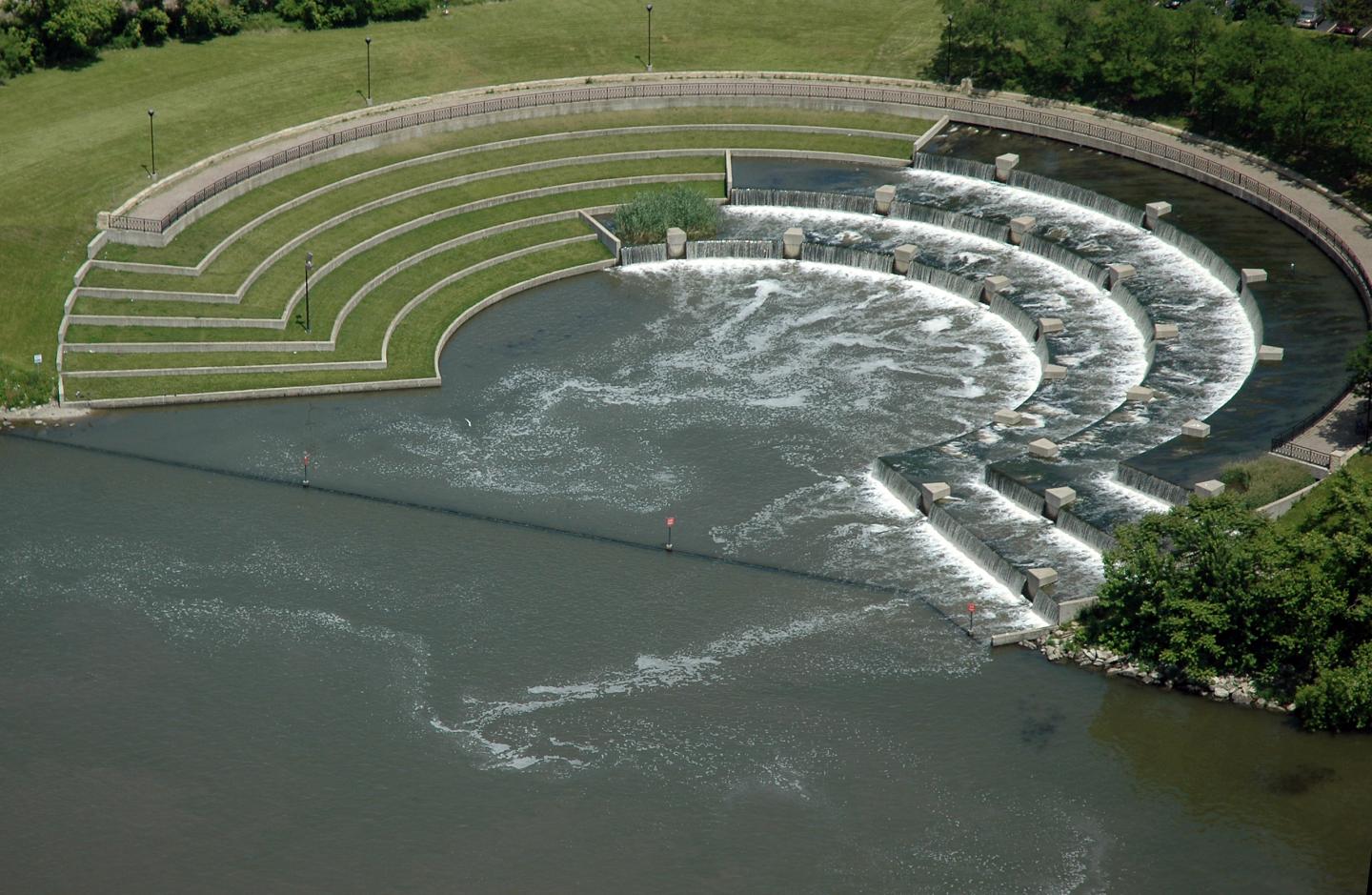 As city populations boom and the need grows for sustainable energy and water, scientists and engineers with the University of Chicago and partners are looking towards artificial intelligence to build new systems to deal with wastewater. Two new projects will test out ways to make “intelligent” water systems to recover nutrients and clean water.

“Water is an indispensable resource of our society, as it is required for sustaining life and economic prosperity,” said Junhong Chen, the Crown Family Professor in the Pritzker School of Molecular Engineering at the University of Chicago and lead water strategist at Argonne National Laboratory. “Our future economy and national security greatly depend on the availability of clean water. However, there is a limited supply of renewable freshwater, with no substitute.”

The U.S. Department of Energy announced that UChicago, along with Argonne National Laboratory, Northwestern University and other partners, will receive funding to develop an artificial intelligence-assisted system for recovery of energy, nutrients and freshwater from municipal wastewater.

The ultimate goal of the project, which will be funded at $2 million over three years, is to transform the existing U.S. treatment system for municipal wastewater into an intelligent water resource recovery system that will dramatically reduce energy consumption and become energy positive at a national scale.

The resulting water recovery system would benefit the water supply in underserved communities on Chicago’s South Side as well as the Great Lakes region in general, including Milwaukee and Detroit.

“This project is an important step forward in realizing Argonne’s strategic plan to enhance our leadership in water-related science through pioneering research, discoveries and innovations using artificial intelligence,” said Chen.

The approach will combine artificial intelligence and machine learning for online learning of system dynamics, mathematical modeling for optimizing energy and nutrient recovery, and life-cycle analysis and modeling with respect to both the science and economics to guide system design. It will also involve development of novel materials for efficient solar steam generation and wireless sensors for real-time water quality monitoring.

The intelligent system concept for municipal wastewater recovery should also be applicable to other wastewaters, including industrial and agricultural.

The other partners include the Great Lakes Water Authority, Milwaukee Metropolitan Sewerage District, NanoAffix and two regional water innovation hubs — Current and the Water Council. The award is part of a slate of Department of Energy projects totaling $27.5 million for 16 water infrastructure projects to reduce energy use and carbon emissions in our aging water infrastructure, particularly in wastewater treatment.

Another project seeks to use AI in molecular engineering to detect and remove water contaminants.

Water-contaminating chemicals such as polyfluoroalkyl substances, or PFAS, may lead to severe environmental and health effects, such as low infant birth weight, cancer, and thyroid hormone disruption. The current approaches for detecting these chemicals are expensive, time-consuming, and require bulky equipment and skilled personnel. The vast number of contaminants — over 4,000 in the PFAS family alone — also prohibit conventional development of biological or chemical probes.

A project headed by University of Chicago and Argonne scientists will develop a platform using molecular simulation, organic synthesis, and artificial intelligence to rapidly explore the large molecular space of potential PFAS probes and efficiently identify, design, and fabricate new chemical probes for sensing and removing contaminants from water.

The work, which partners with Current, Metropolitan Water Reclamation District of Greater Chicago, will also advance data science, characterization at the Argonne Advanced Photon Source, and high-performance simulation. The scientists hope it could potentially transfer to the screening and removal of other water contaminants, such as pharmaceuticals, to advance global public health. It is funded through the Discovery Challenge program from the Center for Data and Computing (CDAC), with support from UChicago’s Office of Research and National Laboratories Joint Task Force Initiative.

— Adapted in part from an article by Joseph E. Harmon published by Argonne National Laboratory.