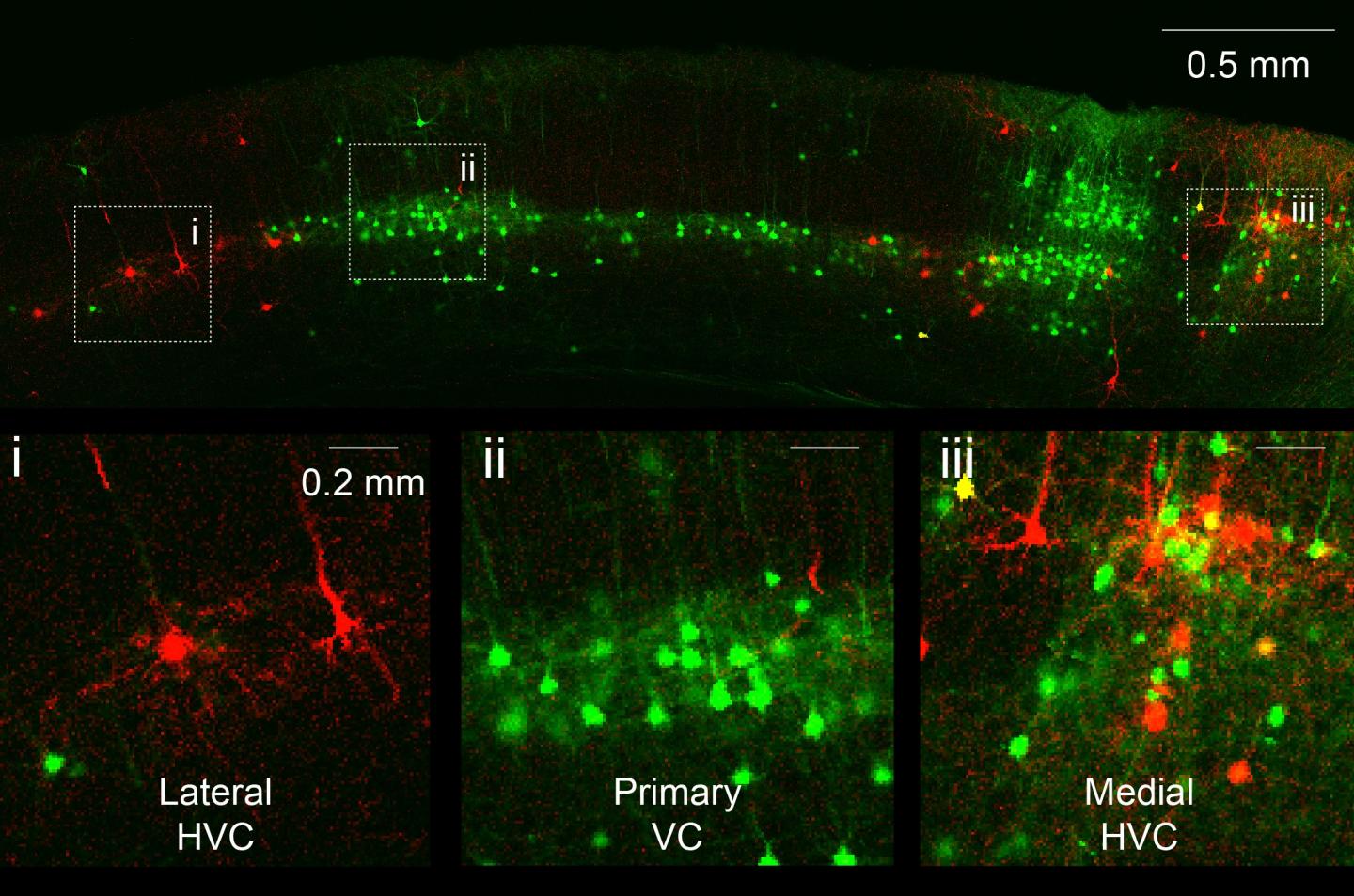 When riding your bike to the store you might have two very different reasons to steer: plain old reflex when you something dart into your path, or executive control when you see street signs that indicate the correct route. A new study by MIT neuroscientists shows how the brain is wired for both by tracking the specific circuits involved and their effect on visually cued actions.

The research, published in Nature Communications, demonstrates in mice that neurons in the anterior cingulate cortex (ACC) area of the prefrontal cortex, a region at the front of the brain associated with understanding rules and implementing plans, projects connections into an evolutionarily older region called the superior colliculus (SC). The SC carries out basic commands for reactive, reflexive movement. A key finding of the study is that the purpose of the ACC’s connections to the SC is to override the SC when executive control is necessary.

“The ACC provides inhibitory control of this ancient structure,” said senior author Mriganka Sur, Newton Professor of Neuroscience in The Picower Institute for Learning and Memory and the Department of Brain and Cognitive Sciences at MIT. “This inhibitory control is a dynamic entity depending on the task and its rules. This is how a reflex is modulated by cortical control.”

Lead author Rafiq Huda, an assistant professor of cell biology and neuroscience at Rutgers University and a former postdoc in Sur’s lab, added that by looking at specific circuits between the ACC and both the SC and the visual cortex (VC), the researchers could resolve uncertainty about how the cortex regulates more basic brain regions during decision-making.

“There has been an ongoing debate about what exactly is the role of the cortex in sensorimotor decisions,” Huda said. “We were able to provide some answers by looking at the level of different ACC projection pathways, which would not have been possible by looking at all of ACC at once. Our work provides evidence for the possibility that inhibitory control of subcortical structures like the SC is a unifying principle for how the ACC, and the prefrontal cortex generally, modulates decision making behavior.”

To make their findings, the team first traced circuits going into and out of the ACC from both the VC and the SC, confirming that the ACC was in a prime position to integrate and process information about what the mice saw and what to do about it. Throughout the study they chose to focus on these structures on the left side of the brain.

As mice worked, the scientists observed the activity of neurons in the various regions to learn how they responded during each task. Then the researchers manipulated the neurons’ activity using optogenetics, a technique in which cells are genetically engineered to become controllable by flashes of light. These manipulations allowed the scientists to see how inhibiting neural activity within and between the regions would change behavior.

Under natural conditions the SC would reflexively direct movement of the mouse’s head, for instance swiveling toward a stimulus to center it in view. But the scientists needed to keep the head still to make their observations, so they devised a way for mice to steer the stimulus on the screen with their paws on a trackball. In the paper they show that these two actions are equivalent for mice to move a cue within their field of view.

Optogenetically inactivating the circuits between the ACC and VC on the brain’s left side proved that the ACC-VC connection was essential for the mice to process cues on the right side of their field of view. This was equally true for both groups, regardless of which way they were supposed to move a cue when they saw it.

In the group of mice that saw a stimulus on the right and were supposed to move the cue inward to the screen’s middle, when the scientists inactivated neurons within the left SC, they found that mice struggled compared to unmanipulated mice. In other words, under normal conditions, the left SC helped to move a stimulus on the right side into the middle of the field of view.

When the scientists instead inactivated input from the ACC to the SC, mice did the task correctly more often than unmanipulated mice. When the same mice saw a stimulus on the left and had to move it inwards, they did the task wrong more often. The job of ACC inputs, it seemed, was to override the SC’s inclination. When that override was disabled, the SC’s preference for moving a righthand cue into the middle was unchecked. But the ability of the mouse to move a lefthand stimulus to the middle was undermined.

The scientists also tested the effect of ACC-SC inactivation in the second group of mice, whose job was to move the cue outward. There they saw that inactivation increased incorrect responses on right cue trials. This result makes sense in the context of rules overriding reflex. If the reflex ingrained in the left-brain SC is to bring a righthand cue into the middle of the field of view (by swiveling the head right), then only a functioning ACC-SC override could compel it to successfully move the cue further to the right, and therefore further to the periphery of the field of view, when the task rule required it.

Sur said the findings accentuate the importance of the prefrontal cortex (in this case, specifically the ACC) in endowing mammals with the intelligence to follow rules rather than reflexes, when needed. It also suggests that developmental deficits or injury in the ACC could contribute to psychiatric disorders.

“Understanding the role of the prefrontal cortex, or even a segment, is crucial to understanding how executive control can be developed, or may fail to develop, under conditions of dysfunction,” Sur said.