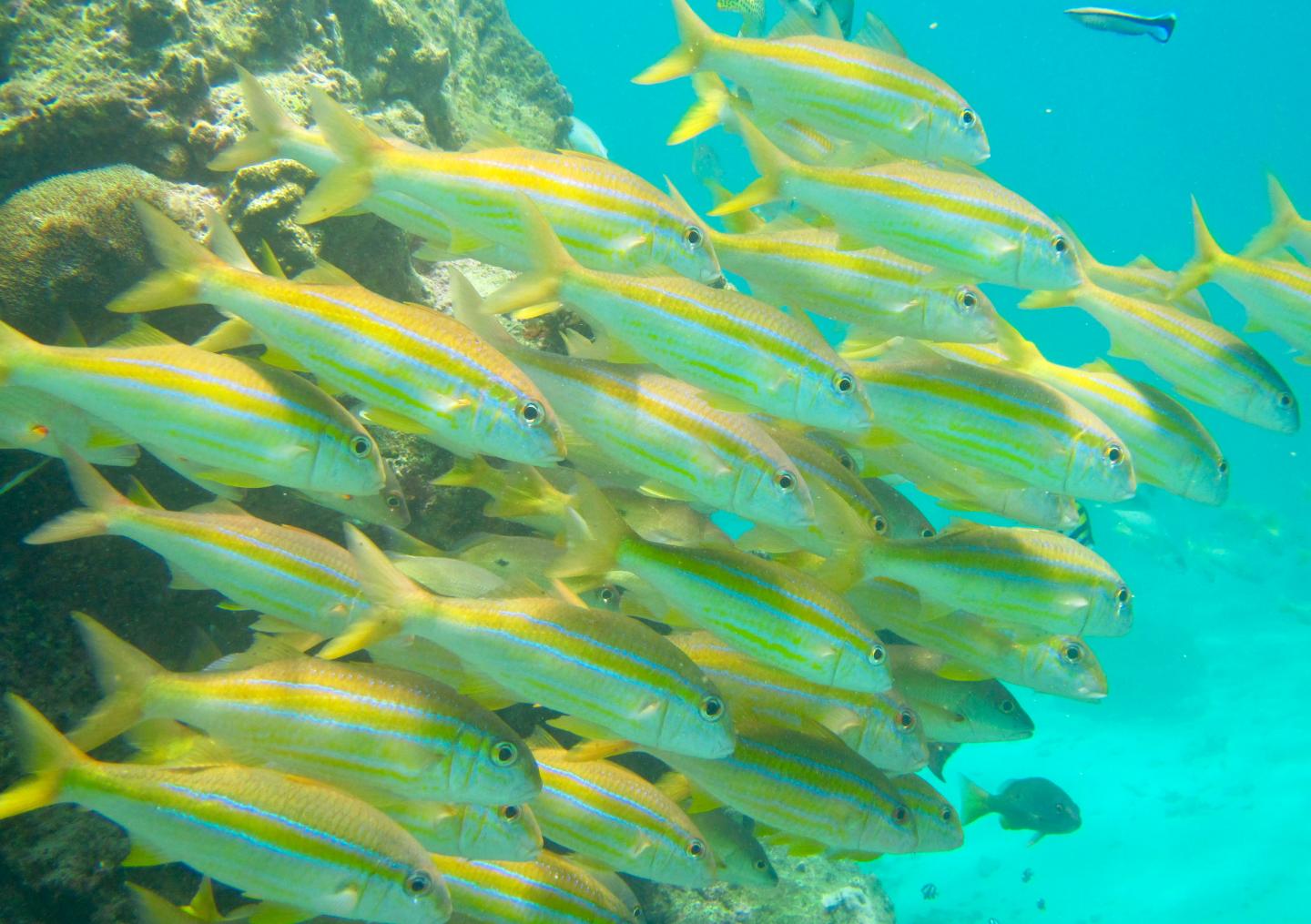 Marine scientists from WCS (Wildlife Conservation Society) and other groups examining the ecological status of coral reefs across the Indian and Pacific oceans have uncovered an unsettling fact: even the best coral reef marine parks contain less than half of the fish biomass found in the most remote reefs that lie far from human settlements.

“Searching for healthy reef fish communities to act as benchmarks required going far from shore to provide the ultimate control for human impacts. What we uncovered is that fishing has long-lasting seascape impacts, even when fishing has stopped in parks for decades,” said Dr. Tim McClanahan, WCS Senior Conservationist and lead author of the study.

The researchers gathered data from a number of reef fish studies conducted between 2005 and 2016 on nearly 1,000 coral reefs to evaluate the effectiveness of remote reef baselines and nearshore benchmarks, management or access systems that are often used to evaluate the ecological status of marine ecosystems.

The coral reefs examined included both fishing closures (ranging from more than 15 years to 48 years in duration) and reef systems in sites that were more than 9 hours travel time from land-based markets. The mean distance to markets for remote areas was 39 hours of travel time compared to 2 hours for nearshore fisheries closures. Fish species from 28 families commonly found in coral reefs were included in the analysis. Sharks, generally wide-ranging species that are not always effectively protected through fishing closures, were excluded from the analysis. Thus, the finding could not be attributed to losses of sharks, species known to be highly vulnerable to fishing.

The analysis found that there was no significant change in a reef’s biomass between those fish communities found in fishing closures that were approximately 15 years old and those that were nearly 50 years old. They did find that fishing closures had only 40 percent of the fish biomass contained in more remote reefs that had not experienced significant levels of fishing. Specifically, fishing closures used in the study had an average biomass of 740 kilograms per hectare, as opposed to 1,870 kilograms per hectare found in offshore reef sites. Remote reefs in tropical latitudes also contained more biomass than remote sites in subtropical locations; the authors also found that variables such as coral cover and light levels (related to depth) influenced reef’s biomass of fish but in different ways for nearshore closure and remote reefs – indicating very different ecologies for coral parks and remote reefs.

The authors maintain that, while fishing closures are still an important tool for marine management in heavily fished seascapes, the new findings underline the difficulties of simulating wilderness in small marine parks.

McClanahan added: “We can see the important role that marine wilderness plays in protecting fish communities, a role that marine parks in nearshore locations are not able to simulate. Now, when we calculate fish baselines and biomass, we know what is truly being compared and lost in terms of conditions prior to human impacts.”

This work was supported by the John D. and Catherine T. MacArthur Foundation, the Marine Science for Management program of the Western Indian Ocean Marine Science Association, and the United States Agency for International Development.

The John D. and Catherine T. MacArthur Foundation supports creative people, effective institutions, and influential networks building a more just, verdant, and peaceful world. MacArthur is placing a few big bets that truly significant progress is possible on some of the world’s most pressing social challenges, including over-incarceration, global climate change, nuclear risk, and significantly increasing capital for the social sector. In addition to the MacArthur Fellows Program, the Foundation continues its historic commitments to the role of journalism in a responsible and responsive democracy; the strength and vitality of our headquarters city, Chicago; and generating new knowledge about critical issues.

Unlocking the untapped potential of light in optical communications