UNIVERSITY PARK, Pa. — The microbiomes of corals — which comprise bacteria, fungi and viruses — play an important role in the ability of corals to tolerate rising ocean temperatures, according to new research led by Penn State. The team also identified several genes within certain corals and the symbiotic photosynthetic algae that live inside their tissues that may play a role in their response to heat stress. The findings could inform current coral reef conservation efforts, for example, by highlighting the potential benefits of amending coral reefs with microbes found to bolster corals’ heat-stress responses. 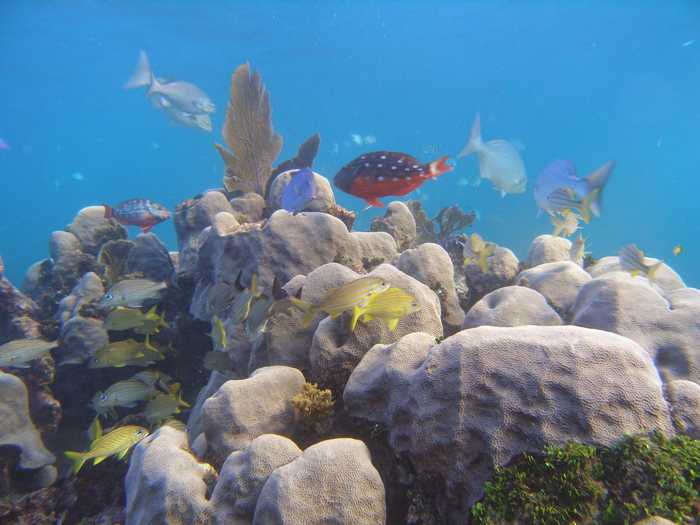 UNIVERSITY PARK, Pa. — The microbiomes of corals — which comprise bacteria, fungi and viruses — play an important role in the ability of corals to tolerate rising ocean temperatures, according to new research led by Penn State. The team also identified several genes within certain corals and the symbiotic photosynthetic algae that live inside their tissues that may play a role in their response to heat stress. The findings could inform current coral reef conservation efforts, for example, by highlighting the potential benefits of amending coral reefs with microbes found to bolster corals’ heat-stress responses.

“Prolonged exposure to heat can cause ‘bleaching’ in which photosymbionts (symbiotic algae) are jettisoned from the coral animal, causing the animal to die,” said Monica Medina, professor of biology, Penn State. “We found that when some corals become heat stressed, their microbiomes can protect them from bleaching. In addition, we can now pinpoint specific genes in coral animals and their photosymbionts that may be involved in this thermal stress response.”

Viridiana Avila-Magaña, former student at Penn State and currently a postdoctoral fellow at Colorado University Boulder, noted, “Previous studies on the molecular mechanisms underlying corals’ heat-stress tolerance have tended to focus on just the animal or the photosymbiont, but we now know that the entire holobiont — the coral animal, photosymbiont and microbiome — is involved in the stress response.”

In their study, which published today (Sept. 30) in Nature Communications, the researchers focused on three species of coral — the mountainous star coral (Orbicella faveolata), the knobby brain coral (Pseudodiploria clivosa) and the shallow water starlet coral (Siderastrea radians) — which are known to differ in their sensitivities to heat stress. Collected near Puerto Morelos, Mexico, each coral species harbors a unique set of photosymbionts and microbiomes. The team’s goal was to investigate the varying metabolic contributions of each of the holobiont members to the corals’ overall stress tolerance and to identify differences in gene-expression patterns related to these metabolic activities.

Medina explained that metabolism is the process of converting food into energy. For corals, she said, this process is heavily driven by the photosymbionts, which, through photosynthesis, provide the coral animals with at least 90% of their energy requirements. But, until now, the contributions of the microbiomes were not well understood.

“We know that heat stress resulting from climate change can disrupt coral metabolism and result in bleaching,” said Medina. “Therefore, it is important to understand the different contributions of the holobiont members and how these metabolic activities change in response heat stress.”

The researchers performed a controlled heat-stress experiment in which they maintained the three coral species in a tank for nine days at 93˚F (34 ˚C), which is 11 degrees (6 ˚C) warmer than the average temperature normally experienced by these corals. The scientists sequenced the RNA of the coral holobionts — including the coral animals, the photosymbionts and the members of the microbiomes — after the nine-day period and a control group not exposed to the heat stress, with a goal of detecting changes in gene expression that affect the heat-stress response of the holobiont. Specifically, they used the gene expression data to estimate the metabolic activities of each of the holobiont members.

Next, the team used a type of phylogenetic ANOVA technique, called the Expression Variance and Evolution Model, to examine changes in gene expression related to heat stress that have occurred over evolutionary time.

“In collaboration with professor Rori Rohlfs from San Francisco State University, who is a coauthor in this study, we developed a method based on a phylogenetic ANOVA that allowed us to track genes that have already diverged in expression across species in response to any given stimuli — in our case heat stress,” said Viridiana Avila-Magaña. “This approach becomes particularly relevant for coral reef research given the recent debates on adaptive potential of different coral holobionts under the threats of climate change. With this approach in mind, we were able to understand why different corals have unique physiological responses to heat stress, and how the evolution of gene expression shaped their different susceptibilities.”

Avila-Magaña explained that corals have experienced episodes of elevated temperatures through evolutionary time and understanding how gene expression has evolved in response to those events can inform corals’ responses to present-day and future warming events.

“Our goal with this research was to determine if there have been lineage-specific innovations to heat stress in corals and their algal photosymbionts, as well as whether all members, including bacterial communities, differentially contribute to holobiont robustness,” she said.

The gene-expression data revealed that the three coral holobionts did, indeed, differ in their responses and metabolic capabilities under high temperature stress. The team also found that the members of each holobiont had unique responses that influenced the holobiont’s overall ability to cope with thermal stress.

“We have uncovered more genes associated with a thermal stress response in coral holobionts than previous studies, and we also show that changes in the expression of these genes arose over evolutionary time,” said Medina.

Interestingly, the scientists concluded that the greater thermal tolerance observed in some coral holobionts, such as the starlet coral, may be due, in part, to a higher number and diversity of thermally tolerant microbes in their microbiomes, which provides redundancy in key metabolic pathways that are protective against heat stress.

“We found that some corals harbor a stable and diverse microbiome translating to a vast array of metabolic capabilities that we have shown remain active during the thermal challenge,” said Avila-Magaña. “By contrast, we found that less thermally tolerant species had reduced bacterial activity and diversity.”

Medina noted that the results stress the importance of comparative approaches across a wide range of species to better understand the diverse responses of corals to increasing sea surface temperatures.

Medina and Avila-Magaña said, “Corals have been highly impacted by climate change, and the methods we developed in our study represent an excellent tool for scientists trying to understand the adaptive potential of populations and species.”

The National Science Foundation and the Joint Genome Institute (Department of Energy) supported this research.