Engineers at the University of Cincinnati have developed a promising electrochemical system to convert emissions from chemical and power plants into useful products while addressing climate change. 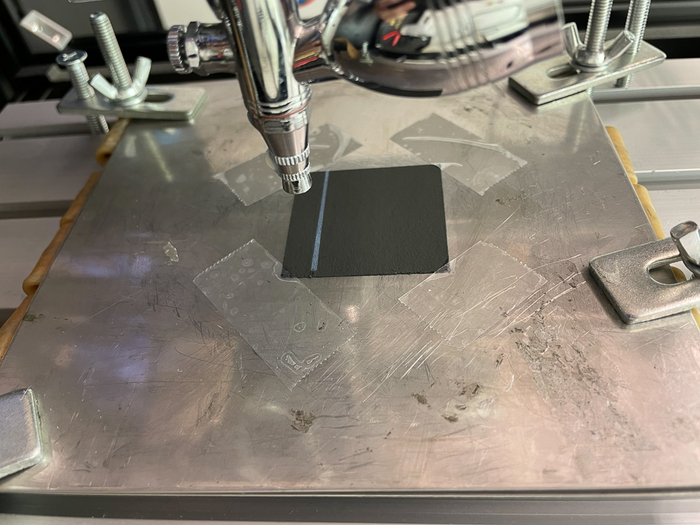 Engineers at the University of Cincinnati have developed a promising electrochemical system to convert emissions from chemical and power plants into useful products while addressing climate change.

UC College of Engineering and Applied Science assistant professor Jingjie Wu and his students used a two-step cascade reaction to convert carbon dioxide to carbon monoxide and then into ethylene, a chemical used in everything from food packaging to tires.

The study was published in the journal Nature Catalysis in collaboration with the University of California Berkeley and the Lawrence Berkeley National Laboratory.

UC College of Engineering and Applied Science graduate Tianyu Zhang, one of the study’s lead authors, led a similar study last year that examined ways to convert carbon dioxide into methane that could be used as rocket fuel for Martian exploration.

“The significance of the two-stage conversion is that we can increase the ethylene selectivity and productivity at the same time with the low-cost strategy,” Zhang said. “This process can be applied to various reactions because the electrode structure is general and simple.”

Selectivity means isolating the desired compounds. Productivity is the amount of ethylene the reactor can produce.

“We’re selectively reducing carbon emissions into something considered valuable because of its many downstream applications,” Zhang said.

Applications include a variety of industries from steel and cement plants to the oil and gas industry, he said.

Ethylene has been called “the world’s most important chemical.” It’s used in a range of plastics from water bottles to PVC pipe, textiles and rubber found in tires and insulation.

Professor Wu said the chemical they produce is known as “green ethylene,” because it is created from renewable sources.

“Ideally we can remove greenhouse gas from the environment while simultaneously making fuels and chemicals,” Wu said. “Power plants and ethylene plants emit a lot of carbon dioxide. Our goal is to capture the carbon dioxide and convert it to ethylene using electrochemical conversion.”

So far, the process requires more energy than it produces in ethylene. By using tandem electrodes, UC engineers were able to boost productivity and selectivity, both of which are key indicators toward making the process commercially attractive to industry, Wu said.

There are huge environmental advantages to containing and converting greenhouse gases, Wu said.

“It’s being pushed by the government. In the future, we’ll need sustainable development so we’ll need to convert carbon dioxide,” he said.

And Wu said copper isn’t necessarily the best catalyst for this reaction, so industry experts have likely alternatives that could boost productivity and efficiency even more.

“Our system is very general, but you can use preferred catalysts,” Wu said. “But even with commercial copper we were able to more than double the performance. With an even better catalyst, we could solve the economic issue.”

Wu last year applied for patents for their design.

Zhang said the system will take some time to become economical. But already they have made tremendous strides, he said.

“The technology has improved a lot in 10 years. So in the next 10 years, I’m optimistic we’ll see similar advances. This is a game changer,” Zhang said.