Controlling and visualizing receptor signals in neural cells with light

This new tool is a true two-in-one solution. In future, it might help to study a number of diseases. 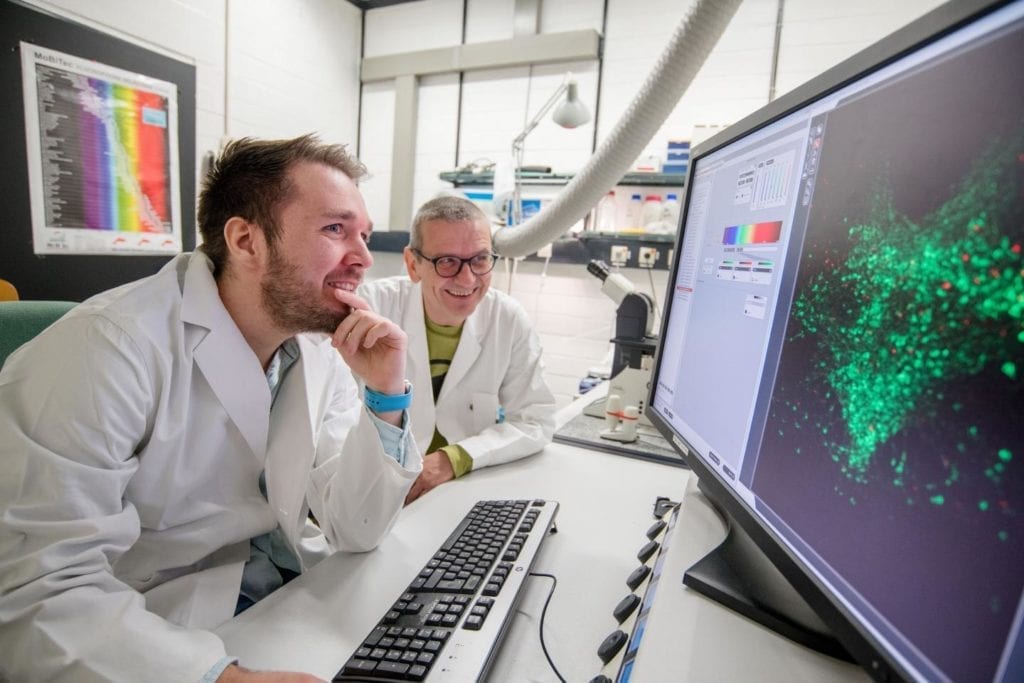 Using a novel optogenetic tool, researchers have successfully controlled, reproduced and visualised serotonin receptor signals in neural cells. To this end, they modified a photosensitive membrane receptor in the eye, namely melanopsin. As a result, they were able to switch the receptor on and off using light; it also acted like a sensor indicating via fluorescence if specific signalling pathways in the cell had been activated. The sensor was, moreover, specifically designed to migrate to those domains in the neural cells that are sensitive to the neurotransmitter serotonin. The team from Ruhr-Universität Bochum, headed by Dennis Eickelbeck and Professor Stefan Herlitze, described its project in the journal Nature Communications Biology on 14 February 2019.

Melanospin is a G-protein-coupled receptor capable of controlling specific signalling pathways in the cells. In earlier studies, the team at the Department of General Zoology and Neurobiology in Bochum had deployed the receptor as an optogenetic tool. Having modified the receptor, the biologists were able to switch it on with blue light and off with yellow light. Thus, they could activate various G-protein-coupled signalling pathways in neural cells using light.

Subsequently, the biologists added two more functions to their sensor, i.e. the calcium-melanopsin-local-sensor, Camello for short. They integrated a second fluorescent protein that permanently emits red fluorescence. Monitoring the red light, they were able to pinpoint the sensor in the cells, regardless if a signalling pathway was switched on or not. A red light thus indicated that the Camello sensor was present, whereas an additional green light showed that it had activated signalling pathways.

Finally, the researchers added a fragment of a serotonin receptor to Camello. As a result, the sensor was trafficked to those domains of the cell where serotonin receptors occur naturally. “Since serotonin is involved in numerous processes in the central nervous system, it also plays an important role in many disorders, such as depression, schizophrenia, anxiety and migraine. We are hoping that, by facilitating detailed research into the transport, localisation and activity of relevant receptors, our tool will help us understand the mechanisms underlying these diseases,” says Dennis Eickelbeck.