A study of the management plans for 118 conservation units in Brazil shows that 60% use unsuitable methods to detect the presence of deer, and that 38% do not even describe the method used. Conservation of these animals may be endangered as a result. Eight deer species occur in Brazil; three are red-listed as “vulnerable” by IUCN. 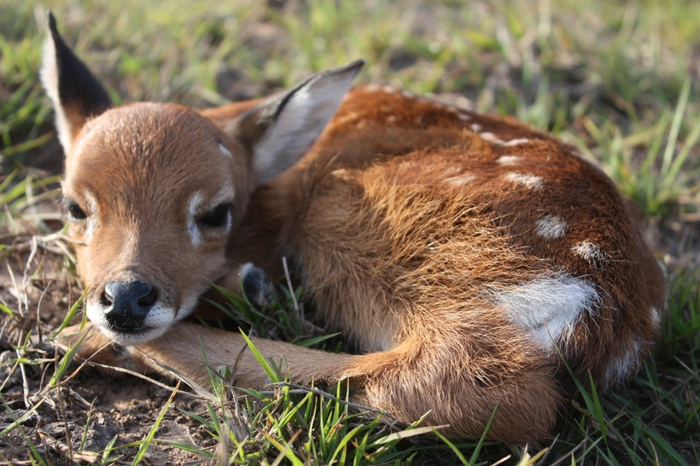 A study of the management plans for 118 conservation units in Brazil shows that 60% use unsuitable methods to detect the presence of deer, and that 38% do not even describe the method used. Conservation of these animals may be endangered as a result. Eight deer species occur in Brazil; three are red-listed as “vulnerable” by IUCN.

Management plans prescribe the governance and technical aspects of the administration of protected areas in Brazil. The protected areas analyzed in the study correspond to 298,000 square kilometers and are located in all biomes. An article reporting the study is published in the journal Perspectives in Ecology and Conservation.

“Incorrect inclusion or exclusion of a threatened species hampers local management, hinders the compilation of information about the species, and impairs assessment of the risk of extinction,” said Pedro Henrique de Faria Peres, first author of the article.

The study was part of Peres’s Ph.D. research at São Paulo State University’s Deer Research and Conservation Center (NUPECCE) in Jaboticabal and was conducted under the aegis of an ongoing project supported by FAPESP. The principal investigator for the project is José Maurício Barbanti Duarte, a professor at UNESP’s School of Agrarian and Veterinary Sciences (FCAV) and coordinator of NUPECCE.

“We’ve spent several years testing the most widely used field methods for this kind of identification, and found they aren’t always suitable. Some of the management plans analyzed were in place before that, however, and so we set out to contribute to future revisions of these plans as well as new plans,” Duarte explained.

Deer have an excellent sense of smell and sharp hearing, almost always fleeing before they can be identified on rare occasions when they are spotted in nature. Even if they could be observed easily, a trained eye is needed to distinguish certain species by morphology (size, shape, and other visible features). Some species that live in forests, for example, can be differentiated only by DNA testing.

Visual analysis of droppings, fur, and footprints is a reliable method of identification for most species, as other research by NUPECCE has shown. Its researchers have also developed strategies that include the use of sniffer dogs and fecal DNA sequencing (more at: https://revistapesquisa.fapesp.br/en/dogs-working-in-the-forest/).

The knowledge gleaned by the research group includes the fact that the Marsh deer (Blastocerus dichotomus) can be identified by the shape of its antlers and footprints, for example. On the other hand, only DNA analysis can reliably determine whether an individual is a Red brocket (Mazama americana) or a Small red brocket (Mazama bororo).

“It’s particularly hard to identify individuals belonging to the genus Mazama. They live in forests from Mexico to Argentina, look very much alike, and several species can overlap in the same area. In this case, a simple solution for the purposes of stocktaking is to record just the genus,” said Márcio Leite de Oliveira, penultimate author of the article. Oliveira worked for a time as a postdoctoral fellow at NUPECCE with a scholarship from FAPESP.

In light of problems such as these, the researchers consider many of the methods used to identify species in the genus Mazama unsuitable. The management plans they analyzed frequently referred to such methods, including interviews with people living nearby, analysis of footprints, antler shape and size of droppings, and direct observation.

Camera traps and antler shapes are considered appropriate to identify the Pampas deer (Ozotoceros bezoarticus), whereas direct observation and interviews are not. “People who live near the border of a protected area may be accustomed to distinguishing what they believe to be species on the basis of traits such as presence or absence of antlers or spots, but in actual fact, these only distinguish males from females, or adults from young, within the same species,” Peres said.

To improve management plans, the researchers have prepared a deer identification guide with FAPESP’s support, containing descriptions and illustrations that help distinguish most species.

According to the researchers, the implementation of suitable methodologies including DNA analysis is important both to the management of conservation units and to an understanding of the real extent to which species are endangered.

“You hear a lot of talk about the gap between research and public policy. Our aim here was to bring the science closer to the conservation managers using a large amount of knowledge we now have to contribute to the protection of these animals,” Peres said.

Perspectives in Ecology and Conservation