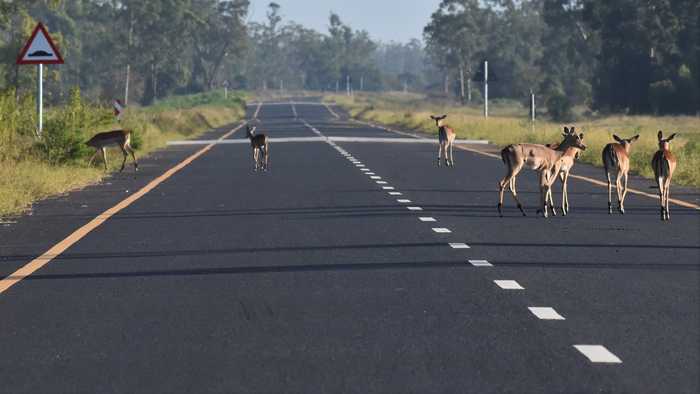 The study shows how simple analyses using easily accessible biodiversity data can support application of the “mitigation hierarchy,” a tool used to ensure that project developers first avoid negative impacts on nature, then minimize and restore any damage and, as a last resort, compensate for residual impacts on nature.

The authors show how data from sources like Google Earth can be used to map the locations of threatened species and ecosystems, identify locations with important biodiversity where development should be avoided, and identify degraded areas where developers might conduct environmental restoration to compensate for the impacts of a project.

“Over 100 countries now either have or are creating policies which require developers to achieve better biodiversity outcomes by avoiding and minimizing impacts, and compensating for residual impacts on biodiversity where necessary,” said lead author Dr. Kendall Jones, conservation planning specialist at the Wildlife Conservation Society. “However, these policies are lacking in many of the most biodiverse regions of the planet, which are also the places where development frontiers are eroding natural areas at a rapid pace. Applying the mitigation hierarchy in these places is a crucial step to help balance environmental conservation and local livelihoods against broader economic development.”

The methods and techniques are demonstrated using a case study in Mozambique, a nation that has undergone rapid economic growth over the past 30 years, resulting in environmental degradation and potentially significant impacts in coming years. Mozambique has recently implemented national legislation requiring developers to adequately apply the mitigation hierarchy, including biodiversity offsets, and the analyses outlined in this study helped inform the policy development process.

The work was conducted as part of the 6-country COMBO+ programme – funded by the Agence Francaise de Developpement and Fonds Francais pour l’Environnement Mondial – which works with host governments and partners to improve mitigation policy and practice.

Dr. Hugo Costa of the Wildlife Conservation Society, Mozambique, and an author of the paper, said the study provided valuable guidance for fast developing countries that often face the combined problem of rapid development and limited data to inform development of environmental policies.

Said Dr. Costa: “By showing how simple analyses can facilitate application of the mitigation hierarchy in countries like Mozambique, this paper provides conservationists and governments the tools to ensure that pursuing economic development goals doesn’t come at the expense of us being able to meet national and international biodiversity targets.”

Dr. Costa also stressed that the mitigation hierarchy is useful for ensuring that project development addresses the wellbeing of local people.

“This isn’t just about biodiversity. Rigorous application of the mitigation hierarchy also allows us to safeguard the wellbeing of communities, and ensure that developers design measures that include local communities as part of the solution and improve people’s livelihoods and wellbeing,” Costa added.