The American Ornithological Society (AOS) is pleased to announce the awardees of the 2022 Kessel Research Fellowships for early-career scientists. Two new $15,000 fellowships were awarded to Dr. Umesh Srinivasan and Dr. Amberleigh Henschen to support their ornithological research. Congratulations to these awardees! 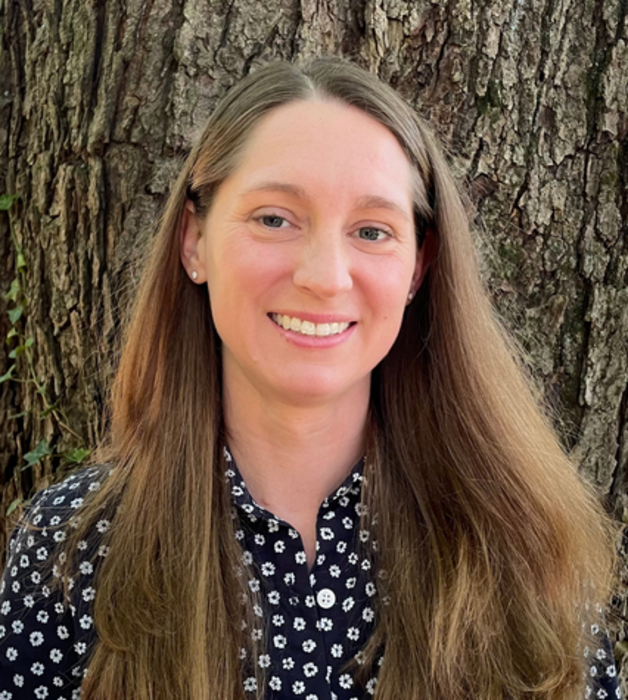 The American Ornithological Society (AOS) is pleased to announce the awardees of the 2022 Kessel Research Fellowships for early-career scientists. Two new $15,000 fellowships were awarded to Dr. Umesh Srinivasan and Dr. Amberleigh Henschen to support their ornithological research. Congratulations to these awardees!

These fellowships have been made possible through a generous bequest by Dr. Brina Kessel, an eminent ornithologist, pioneering woman in science, and the 45th president of the Society* (1992–1994), who created an unparalleled legacy to sustain the future of ornithology through her generous bequest to the AOS. These Fellowships support the full range of ornithological research currently published in peer-reviewed journals. “Drs. Srinivasan and Henschen impressed Kessel Fellowship committee members with compelling  and innovative research that had considerable depth and breadth. We look forward to seeing the results of this interesting research,” says Dr. Sabrina Taylor, chair of the AOS Kessel Fellowship Selection subcommittee.

Read more about the research projects being funded by this year’s Kessel Research Fellowships.

Project: “The role of diet in determining altitudinal migration strategies of insectivorous birds”

Dr. Umesh Srinivasan is an assistant professor at the Indian Institute of Science. He holds a bachelor’s degree in medicine and earned his master’s and, in 2014, a Ph.D. in wildlife biology from the National Centre for Biological Sciences in India, where he studied the impacts of selective logging on the demography of Eastern Himalayan birds. As a postdoctoral research associate at Princeton University in New Jersey (U.S.), he studied the thermal ecology of Himalayan birds. Since 2011, Dr. Srinivasan has been leading a long-term project to monitor bird demography and mixed species flocking behavior in response to climate change and habitat degradation in the highly biodiverse Eastern Himalayas. He was drawn to the phenomenal richness of Himalayan bird diversity and has been studying Himalayan birds since 2007. “The Kessel Fellowship will allow me to study the biotic and abiotic determinants of altitudinal migration, project how species might respond behaviorally to climate change, and design mitigation measures to minimize climate impacts on migratory birds,” Dr. Srinivasan says.

Dr. Srinivanan’s Kessel Fellowship funding will be used to conduct a study of altitudinally migrating insectivorous birds in Eaglenest Wildlife Sanctuary, Arunachal Pradesh, India, which is part of the Eastern Himalaya Global Biodiversity Hotspot and home to 550 breeding bird species. He has established seven permanent bird sampling plots along an elevation gradient from 800m to 3200m at 400m altitudinal intervals to conduct his research. He expects that, by examining whether altitudinally migrating insectivorous birds are tracking temperatures, arthropod prey abundances, or a combination of both in the highly diverse Himalayan avifauna, this research will help improve our understanding of why birds migrate altitudinally.

Dr. Amberleigh Henschen is an integrative biologist whose research focuses on questions at the intersection of disease ecology, eco-immunology, and sexual selection in wild birds. Using a combination of field and lab work she is investigating how wild birds adapt to novel pathogens. Dr. Henschen received a bachelor’s degree in biology from Creighton University in 2011, and a Ph.D. from the University of Wisconsin–Milwaukee in 2018. As a Ph.D. student, she investigated whether male ornaments honestly signal stress physiology and resistance to avian malaria in the Common Yellowthroat (Geothlypis trichas). After receiving her doctorate, she worked as a postdoctoral researcher at Iowa State University and the University of Memphis and is currently a postdoctoral research associate at the Smithsonian Institution’s National Zoo and Conservation Biology Institute. Her recent work has shown that House Finch (Haemorhous mexicanus) populations are evolving disease tolerance to a novel pathogen that emerged in Virginia in the 1990’s. She is now using next-generation sequencing to investigate the genetic basis of disease tolerance in House Finches, as well as Hawaiʻi ʻAmakihi (Chlorodrepanis virens).

Dr. Henschen is a first-generation college student who works to increase diversity, equity, and inclusion in the sciences, especially through mentoring programs. She also enjoys sharing her research with the public through various lecture series and working with organizations that fight climate change and help ensure everyone has access to the natural world. “I am honored and grateful to be awarded the Kessel Fellowship, which I will use to research how wild birds adapt to novel infectious diseases,” Dr. Henschen says. “This is an excellent opportunity for me to develop as an independent researcher and strengthen my collaborative relationships with other avian researchers. I am excited to contribute to research that will help us better understand and conserve wild birds and look forward to sharing the results of this work with the AOS community.”

Using funds from the Kessel Fellowship, Dr. Henschen will build on her current research of a recently emerged bacterial pathogen, Mycoplasma gallisepticum (MG), that suggests that disease tolerance in House Finches is associated with a dampened inflammatory response, but is likely influenced by a number of physiological processes. Specifically, she seeks to better understand the genetic basis of tolerance to MG, which can cause severe conjunctivitis in House Finches, but has shown less pronounced disease where the pathogen has been endemic the longest, despite similar pathogen loads. MG was originally detected in House Finches in the early 1990’s and rapidly spread through eastern House Finch populations, followed by populations in the northwestern U.S., and more recently, the southwestern U.S. Dr. Henschen plans to use whole-genome resequencing to examine genetic differences between seven populations of House Finches that differ in their tolerance to MG. She’ll collect genetic material from museum specimens that were collected before the arrival of MG in each of these populations. Using this ‘ancient DNA’, Dr. Henschen will examine genetic differences between populations before and after the arrival of MG. This work is key for understanding how animal hosts adapt to novel pathogens and can inform future conservation efforts.

About the American Ornithological Society

The American Ornithological Society (AOS) is an international society devoted to advancing the scientific understanding of birds, enriching ornithology as a profession, and promoting a rigorous scientific basis for the conservation of birds. The AOS publishes two international journals, Ornithology and Ornithological Applications, which have a history of the highest scientific impact rankings among ornithological journals worldwide. The Society’s checklists serve as the accepted authority for scientific nomenclature and English common names of birds in the Americas. The AOS is also a partner with The Cornell Lab of Ornithology in the online Birds of the World, a rich database of species accounts of the world’s birds. AOS is a 501(c)(3) nonprofit organization serving about 3,000 members globally. For more information, see www.americanornithology.org.