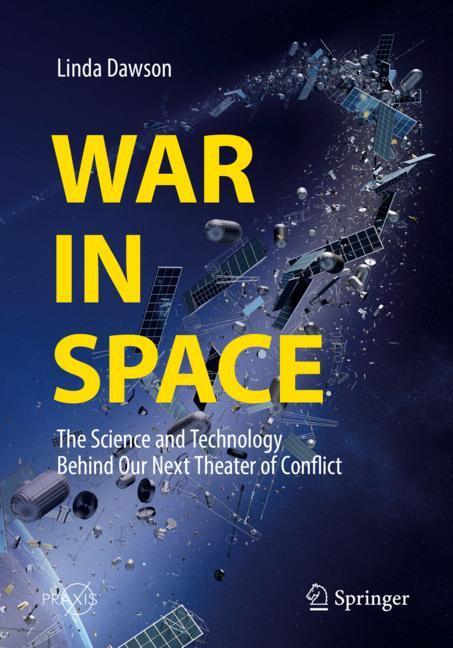 Imagine driving on an unfamiliar route and suddenly your GPS navigation cuts out. Later it becomes clear that this was due to a blackout of a satellite. If scenarios as encountered in works of science fiction were to become a new reality, how would humans experience and react to that change? This book takes a closer look at the consequences of a full-scale satellite blackout, an event that would impact countless aspects of everyday life. War fought in space is becoming increasingly likely in a politically tense world, and this book explores how such a conflict could manifest itself. More optimistically the book also assesses which technology could prevent the destruction of the systems which keep the world as we know it running.

About the author:
Linda Dawson received her BS in Engineering Aeronautics and Astronautics from MIT and an Engineering Aeronautics and Astronautics MS from George Washington University at NASA Langley Research Center. She is a Senior Lecturer in Physical Science and Statistics at the University of Washington, Tacoma. Dawson served as Aerodynamics Officer for the Mission Control Center Ascent and Entry Flight Control Teams during the first space shuttle mission. During orbital phases, she served as an adviser on the impact of system failures on the orbiter’s re-entry trajectory and configuration.