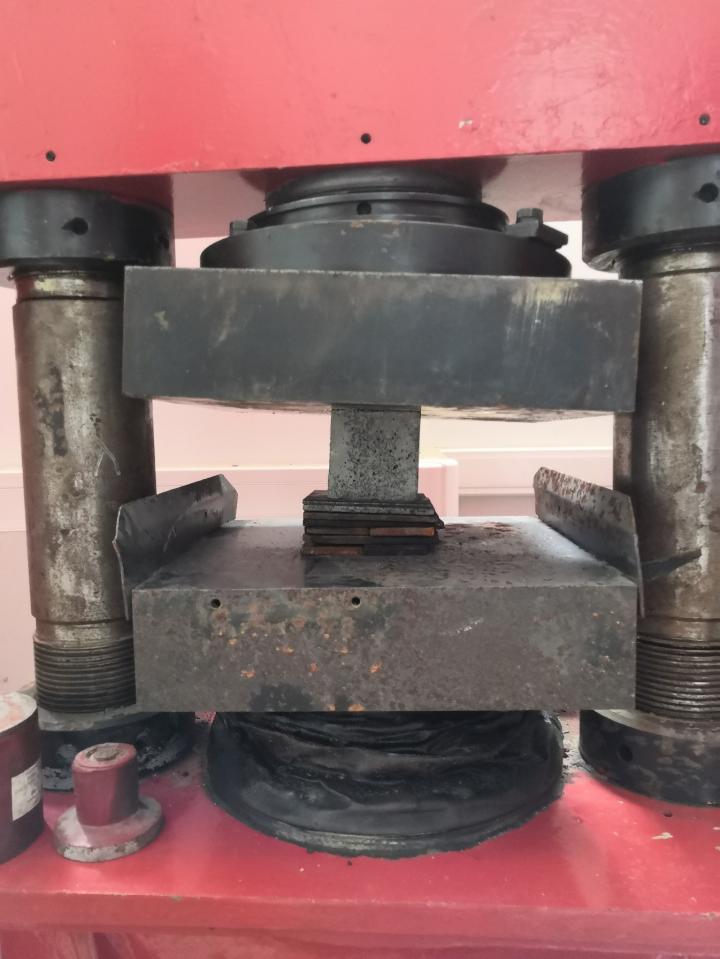 Engineers from the Military Studies Center at Far Eastern Federal University (MSC FEFU) developed a brand-new concrete with improved impact endurance and up to 40% made of waste: rice husk cinder, limestone crushing waste, and siliceous sand. The new concrete is 6-9 times more crackle resistant than the types produced under GOST standards. The related article was published in Inorganic Materials: Applied Research.

The new concrete is suitable for the construction of military and civil defense structures, load-carrying structures of nuclear power plants, or for buildings in the Arctic.

The endurance of the new type of concrete grows with the increase of impact affecting it. A concrete slab exhibits the so-called ‘rubber effect’: it contracts and becomes springy, but doesn’t crack. According to the engineers, the construction absorbs impact due to its dynamic viscosity. This effect is caused by the reinforcement of concrete, in this case adding metal or touchstone fibers to it.

Impact-proof concrete can resist not only shell hits, but also tsunami waves. Moreover, it has seismic stability. During the pouring the concrete self-seals, which means it can be used to create complex structures including underground constructions.

“We’ve balanced the components with the accuracy of 0.5%. It was important for us that the concrete holds up until the first crack for as long as possible, because after a concrete structure cracks its deterioration is just a matter of time. Today the whole world is working on counter-terrorist security facilities that would defend other structures from a shell hit or an plane crush. We’ve approached this issue from our own angle and developed an impact-proof material. On the next stage of our work we want to create radiation-resistant concrete”, said Lieutenant-Colonel Roman Fediuk, a Professor at the Military Studies Center at Far Eastern Federal University, and the winner of the 13th All-Russian Competition “Engineer of the Year 2018”.

According to him, a technological scheme for the manufacture of the new concrete has already been developed, and negotiations about its implementation are on. The scheme would not require any extensive investments or modernization of facilities.

The manufacture of the impact-proof concrete can be even more cost-effective than that of GOST-based types as it contains less cement that is replaced by waste products.

MSC FEFU has a separate scientific school working on the development of composite materials for special facilities, as well as civil construction. The work of the engineers is based on the principle of naturalness: they want their concrete to be as stable as natural stone. This principle is promoted by a branch of science called geonics or geomimetics. The groundwork of this field was laid by Professor Valery Lesovik from Shukhov Belgorod State Technological University, a corresponding member of the Russian Academy of Architecture and Construction Sciences.

Earlier this year FEFU engineers together with their colleagues from Kazan State University of Architecture and Engineering presented a new type of concrete with increased initial strength that would allow to speed the concrete pouring process up 3-4 times. This type of concrete doesn’t crack or leak, is resistant to low temperatures, and may be used for building in the Far East and in the conditions of the Extreme North.