Group of Kaunas University of Technology, Lithuania, information technology researchers together with colleagues from other countries have developed a computer game for dementia carers; the game will be freely available online 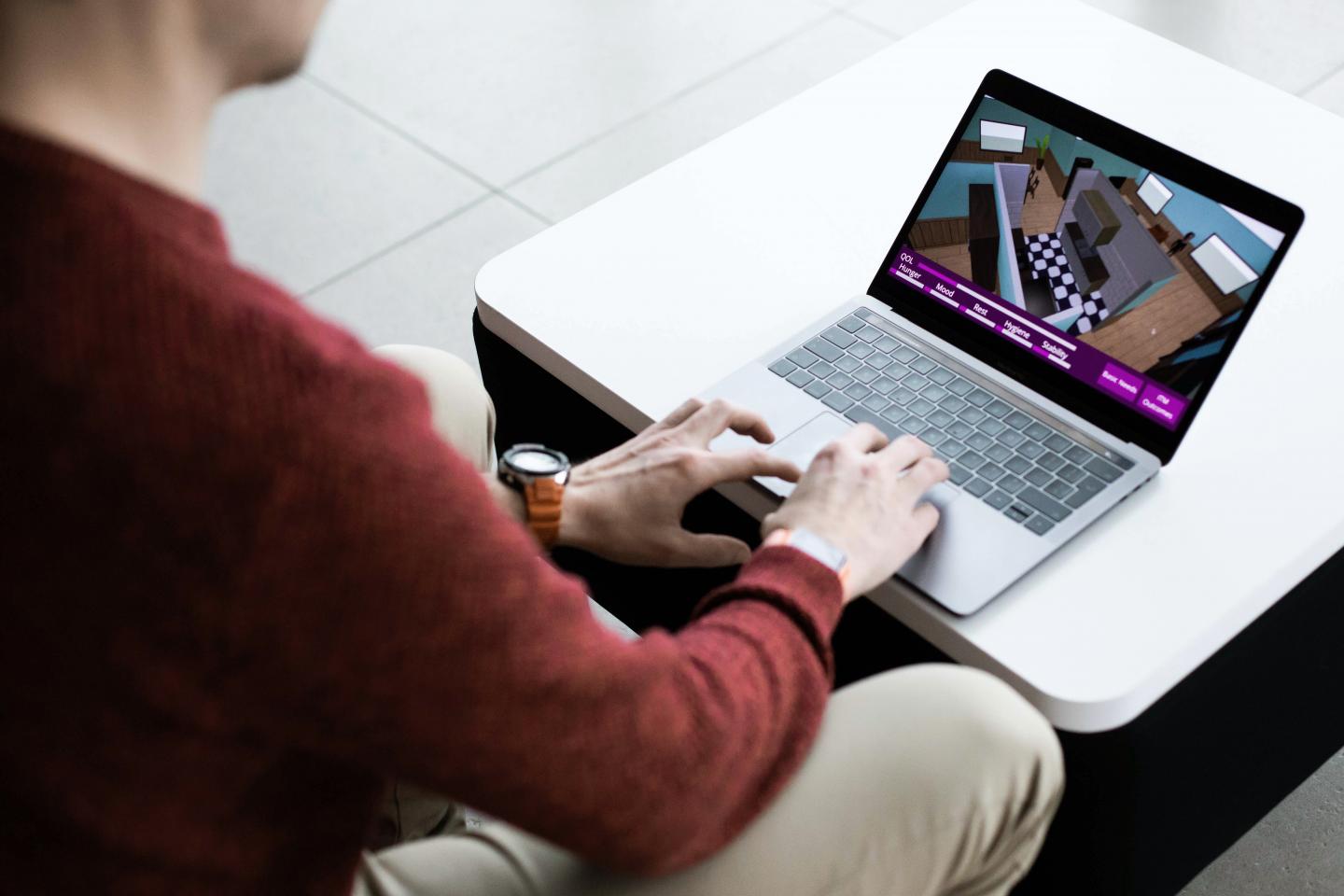 Group of Kaunas University of Technology (KTU), Lithuania information technology researchers together with colleagues from other countries have developed a computer game for dementia carers. In the game, the players experience various everyday situations, face and deal with the challenges and in such a way build knowledge and skills on how to care for dementia patients. The game will be freely available online; it is the first mover aimed at dementia carers, not just the patients.

Dementia is becoming one of the most prevalent and burdensome diseases in ageing nowadays society. It is being estimated that there will be 74.4 million people suffering from various forms of dementia in the world by 2030. Although some medications can alleviate the symptoms, there is no effective cure for the disease. Therefore, new non-pharmaceutical approaches, which would improve dementia patients’ quality of life, are being continuously tested and updated. Here, the main importance lies in the carer’s training and readiness to face various situations, caused and related to the disease.

According to KTU Professor Rytis Maskeliunas, the leader of the IT team developing the software, there are many so-called “serious games” for dementia patients, which allow them to self-check the progress of their symptoms, related to their intellectual and motoric capacities. However, this is the first attempt to create a serious educational game based on a hands-on approach to train dementia carers.

“Dementia is a complicated condition, which is gradually deteriorating, usually people lack knowledge and skills of how to properly care for the patient. In many cases, the carers are the family members of the patient who have no professional background in the field. On the other hand, professional carers often face the challenges connected to the workload and the variety of symptoms. Research shows that dementia carers often face anxiety, depression, helplessness and other psychological challenges”, says Prof Maskeliunas.

The game is offering various situations and challenges, which are common in the everyday life of a dementia patient and his or her carer. Throughout the game, various basic life quality and psychological factors, such as hunger, hygiene, mood are being measured. The aim of the game is to keep the patient’s life quality as good as possible. The interface of the game is very simple and easy to use, one session lasts 30 minutes, during which several virtual days are passing. The game follows the interaction of the carer and the patient until the latter’s death.

“We wanted to create situations where a person can have authentic experiences, we aim to provoke the players’ feelings, to prepare them for real life. This doesn’t mean that we are portraying all difficult situations in detailed graphics. On contrary – the simple design of the animated game makes the player look into the real-life situations closely without unnecessary sensationalism”, explains Prof Maskeliunas.

The game is designed both for experienced carers and for those, who are willing to take intuitive decisions. The player has several options – first to take the free online course (MOOC), designed for the training of the dementia carers, or to simply start playing and check the additional information when there is the need.

Lithuanian researchers have already made the initial evaluation of the system with people caring for their elderly parents and with elderly persons themselves – both healthy and showing early signs of dementia. The results of the study revealed that the game was well assessed by carers and healthy elderly people, and especially well evaluated by dementia patients. Further testing of the system will be carried out in the assisted living facilities in Portugal, Greece, Italy and Sweden.

According to Prof Maskeliunas, the initial results correspond to the overall research on the efficiency of serious educational games. The number of studies indicate that gamified approach is up to 30 per cent more efficient than traditional learning when it comes to retaining skills and knowledge. Also, it is more attractive for the learners – when the quality and amount of information is the same, up to 65 per cent of people choose to learn by playing games instead of reading or watching lectures. Serious games are being used for training skills in various lines of work, such as in virtually training workers to operate conveyor without stopping the production, or in introducing the spaces and machinery of a certain manufacturing plant.

The development of the serious game for dementia patients’ carers is a part of iDO Project aimed at creating technology and innovation based training packages for dementia carers. The project is coordinated by Lund University (Sweden); The National Institute of Health and Science on Ageing (Italy), Athens Association of Alzheimer’s Disease and Related Disorders (Greece), Virtual Campus (Portugal), Tech4Care (Italy) and Kaunas University of Technology (Lithuania) are the partners of the project.