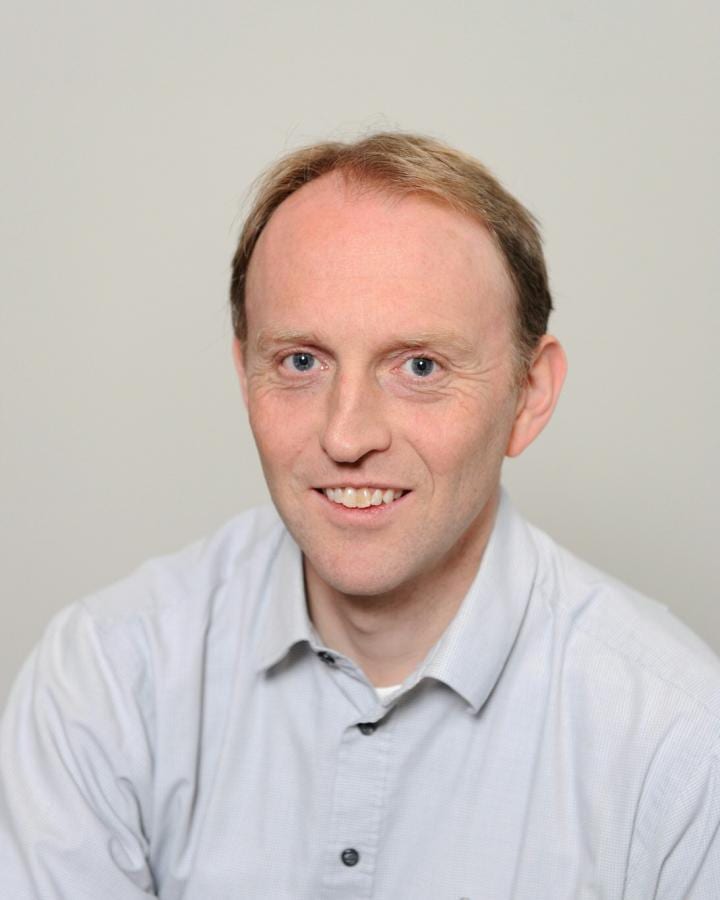 In biology, folded proteins are responsible for most advanced functions. These complex proteins are the result of evolution or design by scientists. Now, a team of scientists led by University of Groningen Professor of Systems Chemistry, Sijbren Otto, have discovered a new class of complex folding molecules that emerge spontaneously from simple building blocks. The results were published in the Journal of the American Chemical Society on 16 January.

The Otto research group studies how simple building blocks – in this case a nucleobase linked to the amino acid aspartic acid – can form rings. In previous research, Otto has shown that such rings can form stacks which can grow and divide, and show a level of chemical evolution. But this time, something different happened. Otto: ‘One of my PhD students, Bin Liu, noticed that very large rings were formed, polymers of 15 building blocks.’ They were extremely stable, so eventually most of the building blocks were transformed into these rings.

After studying the rings’ structure with X-ray crystallography, it became clear to the team that they were folded. ‘When rings form stacks, there is interaction between the molecules. In this case, the interaction took place within the large molecule.’ The hydrophobic parts of the ring were folding into the centre of the molecule, which is also what happens with proteins in water. The folding pattern, however, is completely different. ‘Proteins are polymers linked by amine bonds. In our molecules, the building blocks are linked exclusively by disulphide bonds. The difference in structure results in a different folding pattern.’

This is the first time that a complex folding structure (or foldamer) that is so radically different from proteins has been described. ‘Despite decades of research, we still have no reliable design rules that can fully predict the folding of proteins’, explains Otto. This hampers the design of new enzymes. A different class of folding molecules can help us to understand the basic rules of molecular folding. ‘Furthermore, the molecule we describe in our paper is only the first that we’ve discovered. In the past year, we have discovered several more and will publish these later.’

Proteins have two major folding structures: alpha helices and the beta pleated sheet. ‘In protein design, scientists use variations on these themes, like adding an extra helix’, says Otto. ‘They tend to stick close to what nature has offered.’ The new folding structure results in five stacks of five aromatic rings. The entire molecule has a five-fold symmetry. ‘However, the other thiol-based structures that we are still studying show yet other types of folding.’

A striking conclusion drawn from the discovery of this new folding molecule is that complexity can emerge spontaneously. ‘This is interesting for origin-of-life research: apparently, you can get these complex molecules before biological evolution has started.’ The formation of the new molecule is actually driven by folding, explains Otto. ‘That is quite special. The energy level of this molecule is very low. This drives the equilibrium from a “random” mixture of small rings towards this specific very stable 15-mer.’

The new folded molecule will increase our understanding of molecular folding, which should stimulate rational molecular design. Whether the thiol-based polymers are as useful as catalysts (like proteins in nature) is not yet clear. ‘We know they can bind other molecules, but we are still trying to find out whether they can have catalytic properties, like enzymes.’ Folding is important to create active sites in enzymes: ‘You need a very precise positioning of residues to create an active site. This cannot be achieved by direct chemical bonds between amino acids. It can only be achieved by folding.’

PhD student Bin Liu, who is first author of the JACS paper, has played a very important role in the study, says Otto: he discovered the folded molecule. ‘The crystals for the X-ray diffraction studies were then grown by Piotr Chmielewski in Poland, with whom Liu already collaborated on his Master’s thesis. Chmielewski’s lab also did the NMR studies. The synchrotron studies were done with Ennio Zangrando and Nicola Demitri in Italy, and Liu travelled from Groningen to Poland and then on to Italy with the samples.’