AUGUSTA, Ga. (Oct. 25, 2022) – A big group of bacteria found in our soil, our water and our showerheads are harmless for most of us, but a new study indicates they are associated with an increased risk of dying in individuals whose kidneys have failed. 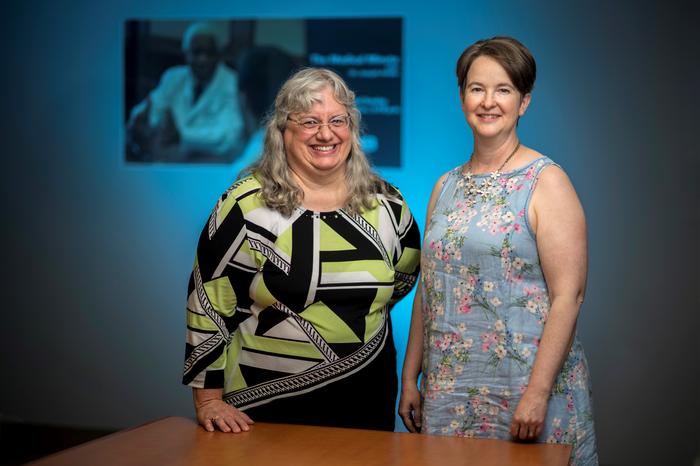 AUGUSTA, Ga. (Oct. 25, 2022) – A big group of bacteria found in our soil, our water and our showerheads are harmless for most of us, but a new study indicates they are associated with an increased risk of dying in individuals whose kidneys have failed.

In what appears to be the first study of its kind, investigators at the Medical College of Georgia and Charlie Norwood VA Medical Center in Augusta looked in the United States Renal Data System at patients with end-stage renal disease, or ESRD, who also had a diagnosis of infection with the nontuberculous mycobacteria, or NTM, group.

They found a significant and independent increase in mortality with an NTM diagnosis in these patients, indicating that early diagnosis and treatment of an NTM infection may improve survival in ESRD patients, they report in the Journal of Investigative Medicine.

“It’s important to be alert that certain patients can be at higher risk for NTM and that NTM carries a risk for mortality,” says Stephanie L. Baer, MD,  MCG infectious disease physician and chief of Infection Control and epidemiology at the Charlie Norwood VA Medical Center.

These “opportunistic” pathogens, which have even been found in dialysis machines, tend to only cause serious problems when a patient has a compromised lung or immune system function.

Patients whose kidneys have failed are considered to have a compromised immune function and generally considered at higher risk of infection, so investigators at MCG and the VA wanted to better identify prevalence, risk factors as well as associated deaths in those who also had an NTM infection.

They looked specifically at the 0.3% of the 1.1 million patients in the database with ESRD and an NTM diagnosis over a decade that ended in 2015. Patients were either on dialysis or had a kidney transplant.

“We looked for risk factors for the bacterium … and we looked at the different diseases it causes, like lung disease, skin disease, and disseminated disease and looked at the mortality of those patients,” says Baer, corresponding author.

With a few exceptions like skin disease, NTM infection pretty much always increased mortality in patients with ESRD, she says.

The investigators emphasize that their findings highlight the need for physicians to remain vigilant for NTM infections in ESRD patients.

“This is showing an association,” says coauthor Wendy B. Bollag, PhD, cell physiologist in the MCG Department of Physiology. “We don’t know if NTM directly causes the mortality or is more of a red flag to their physician to treat that patient aggressively in that moment.”

It does mean patients with ESRD may need testing for NTM, if there are symptoms that indicate it may be present, and treatment with the appropriate antibiotics, they say. It may additionally indicate they need to be screened for conditions like infection with HIV, which directly targets the immune system, and those who have received a kidney transplant may need adjustments in the medications they must take to keep their immune system from attacking the transplanted organ.

To help ensure that they were looking specifically at the association between ESRD and NTM, the investigators controlled for other known risk factors for NTM infection such as being Black, having diabetes or liver disease, or being HIV positive. The database did not contain information on other potentially confounding factors like BMI and blood levels of proinflammatory factors.

They found a higher risk of NTM infection with peritoneal dialysis versus hemodialysis. Peritoneal dialysis can be done at home and uses a cleansing fluid and the lining of the abdomen to filter waste products, compared to machine-based hemodialysis, but exactly why there was a difference was not clear. Rheumatologic disease like arthritis, which may require medicine that suppresses the immune response and so painful inflammation, also increased the NTM risk as did a history of organ transplant, and the investigators note that due diligence in needed in individuals with these added risk factors.

They did note that patients with kidney transplants who had NTM infections were less likely to die, potentially because of factors like restored kidney function, closer follow-up with health care providers and that patients selected for transplant may be more generally healthy than those on dialysis.

The database did not specify which NTM was most prevalent, but they suspect it was the M. avium complex, which is by far the most common type in the Southeastern United States, Baer says.

“It is all around us. It can cause an allergy called a hot tub cough or sneeze,” Baer says.

There are more than 70 identified species of NTM and growing. These bacteria wrap themselves in a protective biofilm and are becoming increasingly disinfectant and antibiotic resistant.

“The good news is it’s all around us and most of us are never bothered by it, until our immune system becomes compromised,” Bollag notes.

ESRD and NTM infections are both on the increase, with rates of ESRD more than tripling between 1990 and 2018, according to the Centers for Disease Control and Prevention. The increase in NTM likely is due to an aging population with COPD and an increasing number of individuals with a compromised immune response, Baer says.

According to the National Institute of Diabetes and Digestive and Kidney Diseases nearly 786,000 people in the United States have ESRD, 71% are on dialysis and 29% had a kidney transplant.

The paper’s first author, Eszter Toth, is a medical student at MCG who is currently doing a year of research in the lab of Steven Holland, MD, director of the Division of Intramural Research and chief of the Immunopathogenesis Section of the National Institute of Allergy and Infectious Diseases.