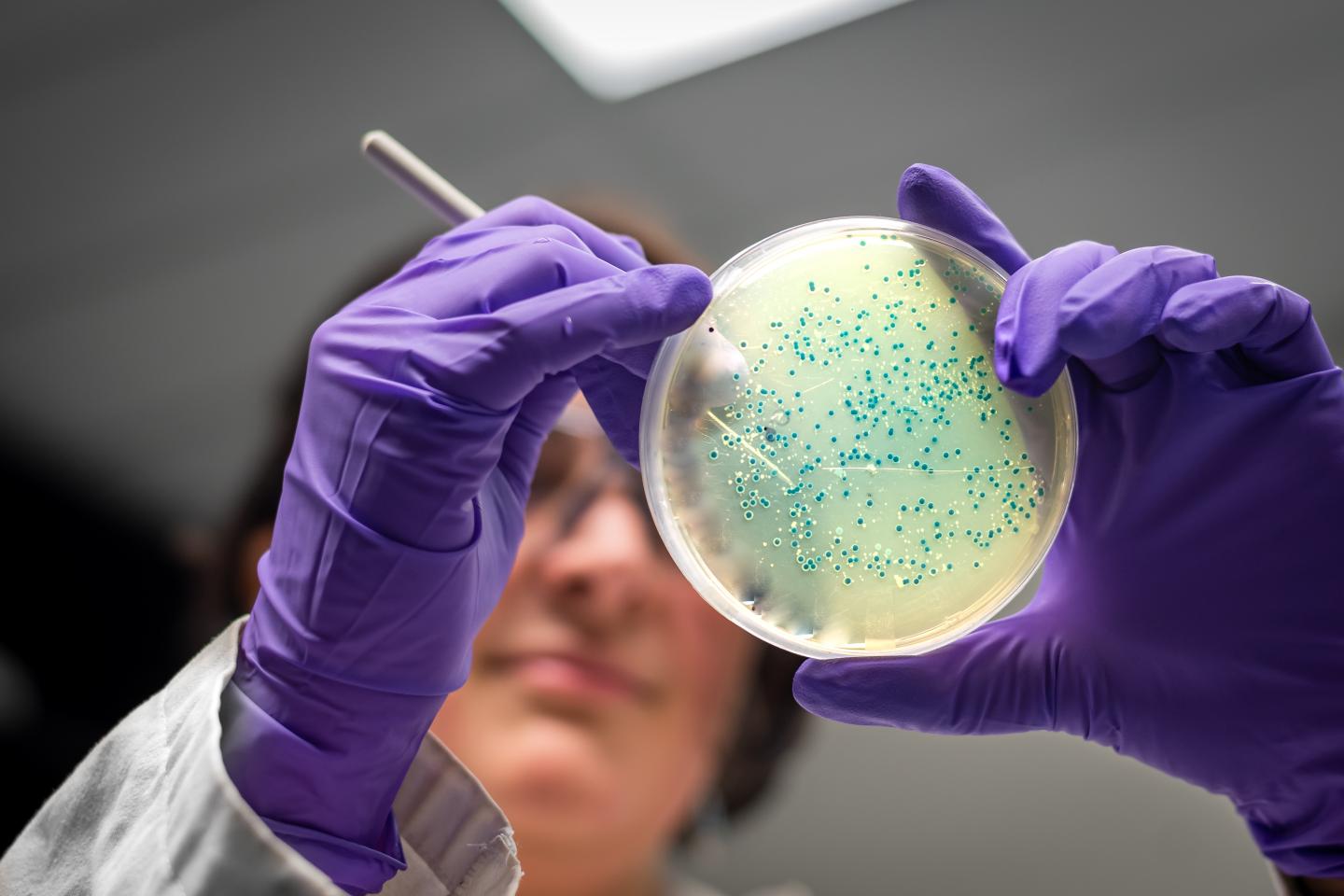 TROY, N.Y. — Envisioning an animal-free drug supply, scientists have — for the first time — reprogrammed a common bacterium to make a designer polysaccharide molecule used in pharmaceuticals and nutraceuticals. Published today in Nature Communications, the researchers modified E. coli to produce chondroitin sulfate, a drug best known as a dietary supplement to treat arthritis that is currently sourced from cow trachea.

Genetically engineered E. coli is used to make a long list of medicinal proteins, but it took years to coax the bacteria into producing even the simplest in this class of linked sugar molecules — called sulfated glycosaminoglycans –that are often used as drugs and nutraceuticals..

“It’s a challenge to engineer E. coli to produce these molecules, and we had to make many changes and balance those changes so that the bacteria will grow well,” said Mattheos Koffas, lead researcher and a professor of chemical and biological engineering at Rensselaer Polytechnic Institute. “But this work shows that it is possible to produce these polysaccharides using E. coli in animal-free fashion, and the procedure can be extended to produce other sulfated glycosaminoglycans.”

At Rensselaer, Koffas worked with Jonathan Dordick a fellow professor of chemical and biological engineering, and Robert Linhardt a professor of chemistry and chemical biology. All three are members of the Center for Biotechnology and Interdisciplinary Studies. Dordick is a pioneer in using enzymes for material synthesis and designing biomolecular tools for the development of better drugs. Linhardt is a glycans expert and one of the world’s foremost authorities on the blood-thinner heparin, a sulfated glycosaminoglycans currently derived from pig intestine.

Linhardt, who developed the first synthetic version of heparin, said engineering E. coli to produce the drug has many advantages over the current extractive process or even a chemoenzymatic process.

“If we prepare chondroitin sulfate chemoenzymatically, and we make one gram, and it takes a month to make, and someone calls us and says, ‘Well, now I need 10 grams,’ we’re going to have to spend another month to make 10 grams,” Linhardt said. “Whereas, with the fermentation, you throw the engineered organism in a flask, and you have the material, whether it’s one gram, or 10 grams, or a kilogram. This is the future.”

“The ability to endow a simple bacterium with a biosynthetic pathway only found in animals is critical for synthesis at commercially relevant scales. Just as important is that the complex medicinal product that we produced in E. coli is structurally the same as that used as the dietary supplement.” said Dordick.

Koffas outlined three major steps the team had to build into the bacteria so that it would produce chondroitin sulfate: introducing a gene cluster to produce an unsulfated polysaccharide precursor molecule, engineering the bacteria to make an ample supply of an energetically expensive sulfur donor molecule, and introducing a sulfur transferase enzyme to put the sulfur donor molecule onto the unsulfated polysaccharide precursor molecule.

“The sulfotransferases are made by much more complex cells,” Koffas said. “When you take them out of a complex eukaryotic cell and put them into E. coli, they’re not functional at all. You basically get nothing. So we had to do quite a bit of protein engineering to make it work.”

The team first produced a structure of the enzyme, and then used an algorithm to help identify mutations they could make to the enzyme to produce a stable version that would work in E. coli.

Although the modified E. coli produce a relatively small yield — on the order of micrograms per liter — they thrive under ordinary lab conditions, offering a robust proof of concept.

“This work is a milestone in engineering and manufacturing of biologics and it opens new avenues in several fields such as therapeutics and regenerative medicine that need a substantial supply of specific molecules whose production is lost with aging and diseases,” said Deepak Vashishth, director of the CBIS. “Such advances take birth and thrive in interdisciplinary environments made possible through the unique integration of knowledge and resources available at the Rensselaer CBIS.”

“Complete biosynthesis of a sulfated chondroitin in Escherichia coli” was published today in Nature Communications with support from National Science Foundation Grant CBET-1604547. Dordick, Linhardt, and Koffas were joined in the research at Rensselaer by Abinaya Badri, Asher Williams, Adeola Awofiranye, Payel Datta, Ke Xia, Wenqin He, and Keith Fraser. Once published, the paper can be found using DOI:10.1038/s41467-021-21692-5.