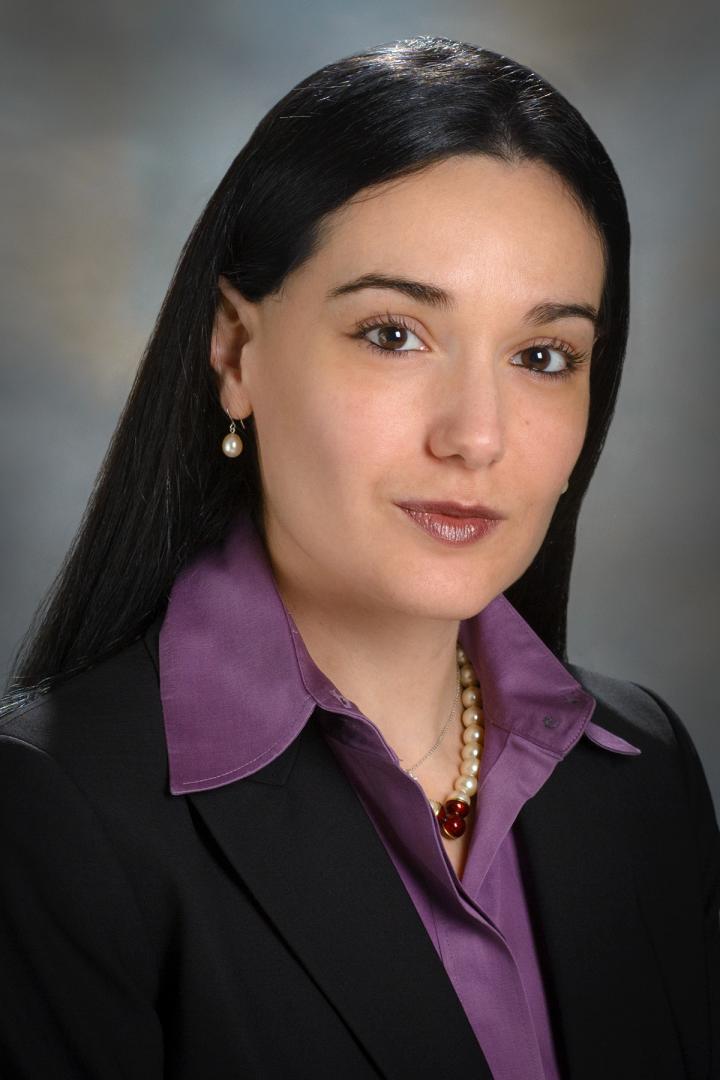 CHICAGO – Neoadjuvant, or pre-surgical, treatment with nivolumab plus ipilimumab resulted in an overall major pathologic response (MPR) rate of 33 percent of treated patients with early-stage, resectable non-small cell lung cancers, meaning these patients had less than or equal to 10 percent viable tumor remaining at surgery. With these results, the combination immunotherapy met the pre-specified trial efficacy endpoint of the phase II NEOSTAR trial conducted by researchers at The University of Texas MD Anderson Cancer Center.

The trial arm testing nivolumab alone in the treated population of patients achieved a 17 percent MPR rate, for an overall MPR rate across both trial arms of 25 percent. The results of the trial will be shared today in an oral presentation at the 2019 American Society of Clinical Oncology Annual Meeting by principal investigator Tina Cascone, M.D., Ph.D., assistant professor of Thoracic/Head & Neck Medical Oncology.

“The NEOSTAR trial results definitely tell us this combination is clinically promising and warrants further investigation, possibly in combination with other therapies” said Cascone. “By learning from these results and from our preclinical and translational findings, we can identify the best combination and make a major step forward in the field to limit tumor recurrence for our early-stage lung cancer patients.”

Patients with early-stage or locally advanced lung cancer have the potential to be cured of their disease, but more than half of those patients will have a recurrence if treated with surgery alone, explained Cascone. Therefore, there is an urgent need to identify the most effective neoadjuvant therapy options to reduce the risk of relapse.

Preclinical studies in mice revealed that increased expression of PD-L1, an immune checkpoint protein, in lung adenocarcinoma tumors is critical for the development and survival of metastases, providing the rationale for testing immunotherapy in the neoadjuvant setting.

“Prior to this study, we knew that single agent neoadjuvant immunotherapy has achieved a MPR rate of 22 to 45 percent, but the combination of anti-PD-1 and anti-CTLA-4 immune checkpoint blockade before surgery in resectable NSCLC patients had not yet been tested,” said Cascone. “In mouse models of resectable and spontaneously metastatic non-small cell lung cancer, the combination of immunotherapy prior to surgery was superior to adjuvant combined therapy in prolonging survival and reducing the frequency of lung metastases, supporting further investigation of neoadjuvant combined immune checkpoint blockade in the clinical setting”

The researchers designed the trial to test the effectiveness of combination immune checkpoint inhibitors priory to surgery. The trial enrolled 44 patients who were randomized to receive either neoadjuvant nivolumab (anti-PD-1) alone or nivolumab plus ipilimumab (anti-CTLA-4).

The trial’s primary endpoint was MPR, hypothesized to be higher for single and/or combination immune checkpoint inhibitors compared to the rate induced by historical neoadjuvant chemotherapy controls. The pre-specified trial efficacy endpoint for a specific treatment to be considered promising was greater than or equal to six MPRs in the intent to treat population.

MPR has been adopted as a surrogate endpoint in neoadjuvant trials for patients with resectable non-small cell lung cancer patients, as it has been shown to positively correlate with improved overall and recurrence-free survival outcomes, explained Cascone.

Although the trial was not powered to make a comparison between the two arms, the combination therapy appeared more effective at reducing viable tumor at surgery. Six patients (38 percent) that received the combination therapy and underwent surgery on trial achieved a complete pathological response, or tumor disappearance at resection, compared to just two patients (10 percent) receiving nivolumab alone. Also, the majority of patients with more than 50 percent viable tumor remaining at surgical resection received single-agent nivolumab therapy.

The treatments were generally well-tolerated, said Cascone, with no unacceptable toxicity or increased perioperative morbidity and/or mortality noted, however, careful perioperative monitoring is advised with these agents.

The trial also collected a variety of biospecimens from patients before, during and after treatment, which enabled researchers to investigate why results vary from patient to patient and understand the dynamic changes induced by therapy in potential biomarkers. They discovered that elevated tumor expression of the immune checkpoint protein PD-L1 prior to therapy was positively correlated with radiographic responses and with pathologic tumor regression at surgery.

Preliminary immunologic characterization of resected tumors from patients treated with immunotherapy indicated that the combination therapy is associated with an increased number of tumor-infiltrating lymphocytes as compared to monotherapy, and that some of these T cells might have tumor reactive activity. Additional results to be presented in a poster session show that combination therapy appeared to be associated with greater diversity and reactivity of T lymphocytes in resected tumors as compared to pretreatment tumor specimens (Abstract # 8532).

“This is important because we don’t see patients with early-stage lung cancer as often as patients with metastatic disease in the clinic, and we want to take advantage of this opportunity for our patients. There are limitations to this trial, as it was overall a small cohort, but the positive results suggest we should continue to evaluate neoadjuvant combination immunotherapy as an option for our patients. Our ongoing exploratory analyses will help us to better understand this response and to identify potential biomarkers that could inform future trials,” said Cascone

The researchers already have added and are nearing complete enrollment in a third arm of the NEOSTAR trial to evaluate neoadjuvant nivolumab plus platinum-based chemotherapy. Because of successful accrual, additional arms are being considered to evaluate further combination approaches.

The trial also was supported by the Lung Cancer Moon Shot™, part of MD Anderson’s Moon Shots Program™, a collaborative effort designed to accelerate the development of scientific discoveries into clinical advances that save patients’ lives.

A complete list of collaborating authors and their reported disclosures can be found with the abstract here.

Scienmag Mar 11, 2020
Dozens of footprints expand the list of dinosaurs known to have lived in the regionCredit: Jon Hoad. During…