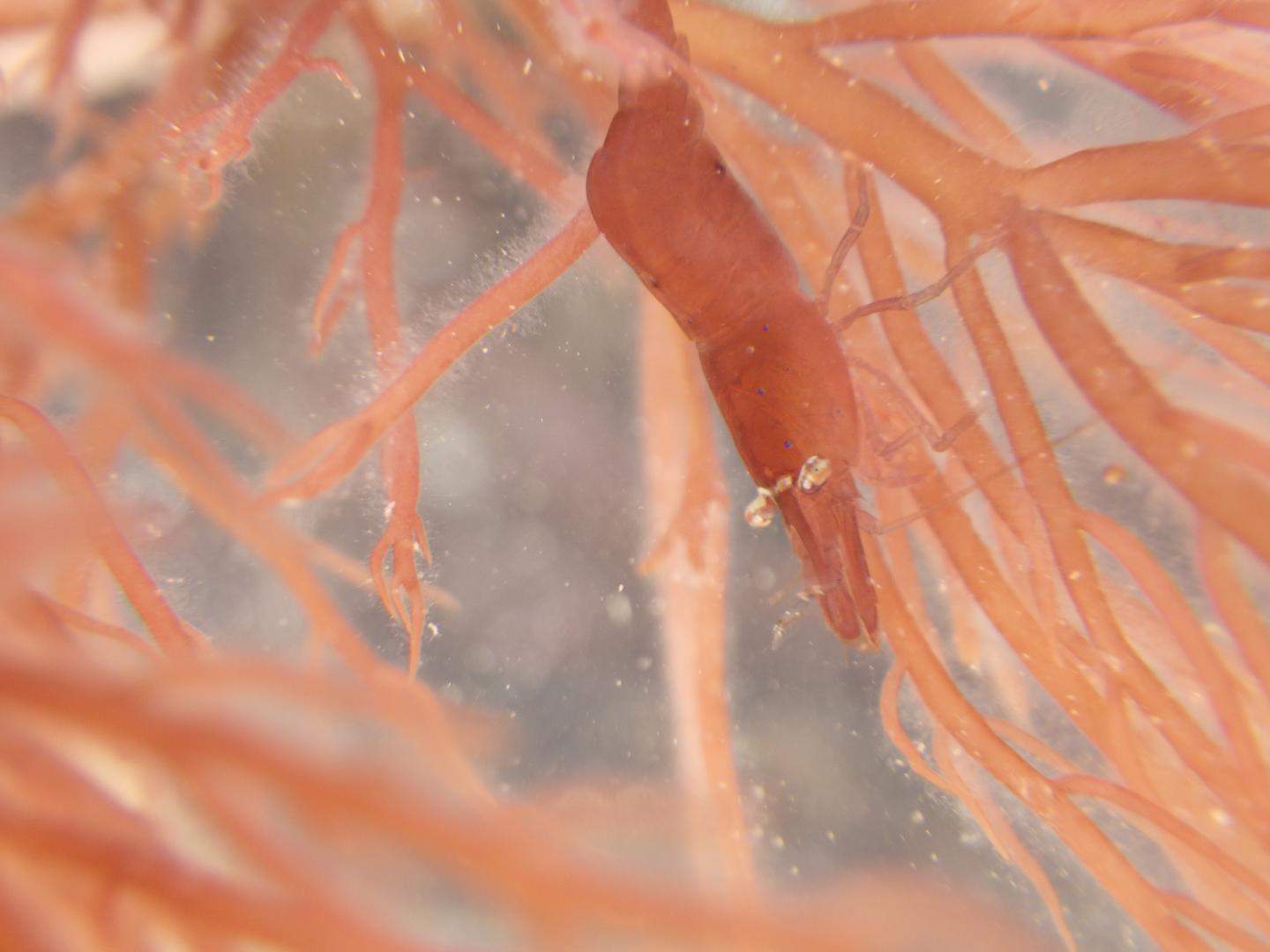 Chameleon prawns change colour to camouflage themselves as the seaweed around them changes seasonally, new research shows.

Unlike chameleons and cuttlefish, chameleon prawns (Hippolyte varians) take weeks to change colour, so the study – by the University of Exeter and the Federal University of ABC (Brazil) – shows that their abilities are suited to seasonal changes to their surroundings rather than rapidly adapting to new backgrounds.

However, rock pools are highly diverse environments, and the research also shows that in the short term the prawns can use behaviour – selecting seaweed that best matches their existing colouration.

Chameleon prawns are remarkably colourful, ranging from bright block colours to varying degrees of transparency, and are common in UK rock pools.

“Our study shows that these prawns exhibit impressive levels of camouflage on the seaweeds in which they live,” said PhD student Sam Green, of the University of Exeter.

“We measured the camouflage of prawns to the vision of their predators and recorded colour change in the lab, and found the prawns can improve camouflage against their new backgrounds over a number of weeks.

“Seaweeds vary seasonally in UK rockpools and this ability probably enables prawns to maintain camouflage throughout the year.

“However, as the rock pool environment consists of a variety of different coloured seaweed patches, our behavioural experiments show that the prawns also select backgrounds that match their existing appearance.

“This helps maintain camouflage in the short term, helping prawns to deal with the challenges of rock pool life. For example, a wave could dislodge a prawn from its chosen perch.

“This demonstrates how colour change and behaviour combine to facilitate camouflage in varying environments over different timescales.”

Professor Martin Stevens added: “The rock pool environment is an incredibly challenging place to live and is constantly changing every day and over the seasons.

“The combination of colour change and behaviour enables prawns to cope with this and reduce the chance of them becoming a meal for a hungry predator.”

Dr Rafael Duarte, a post-doctoral researcher from the Federal University of ABC (Brazil), concluded: “Similar outcomes are expected to be observed in different coloured species from a range of taxonomic groups and living both in terrestrial and aquatic habitats that vary spatially and seasonally in terms of background composition.”