Unchecked emissions will reduce land suitable for rice in Colombia, underscoring how geography limits options for crops. Unlike China, where paddies can move to higher latitudes, Colombian production may go to higher altitudes without climate action 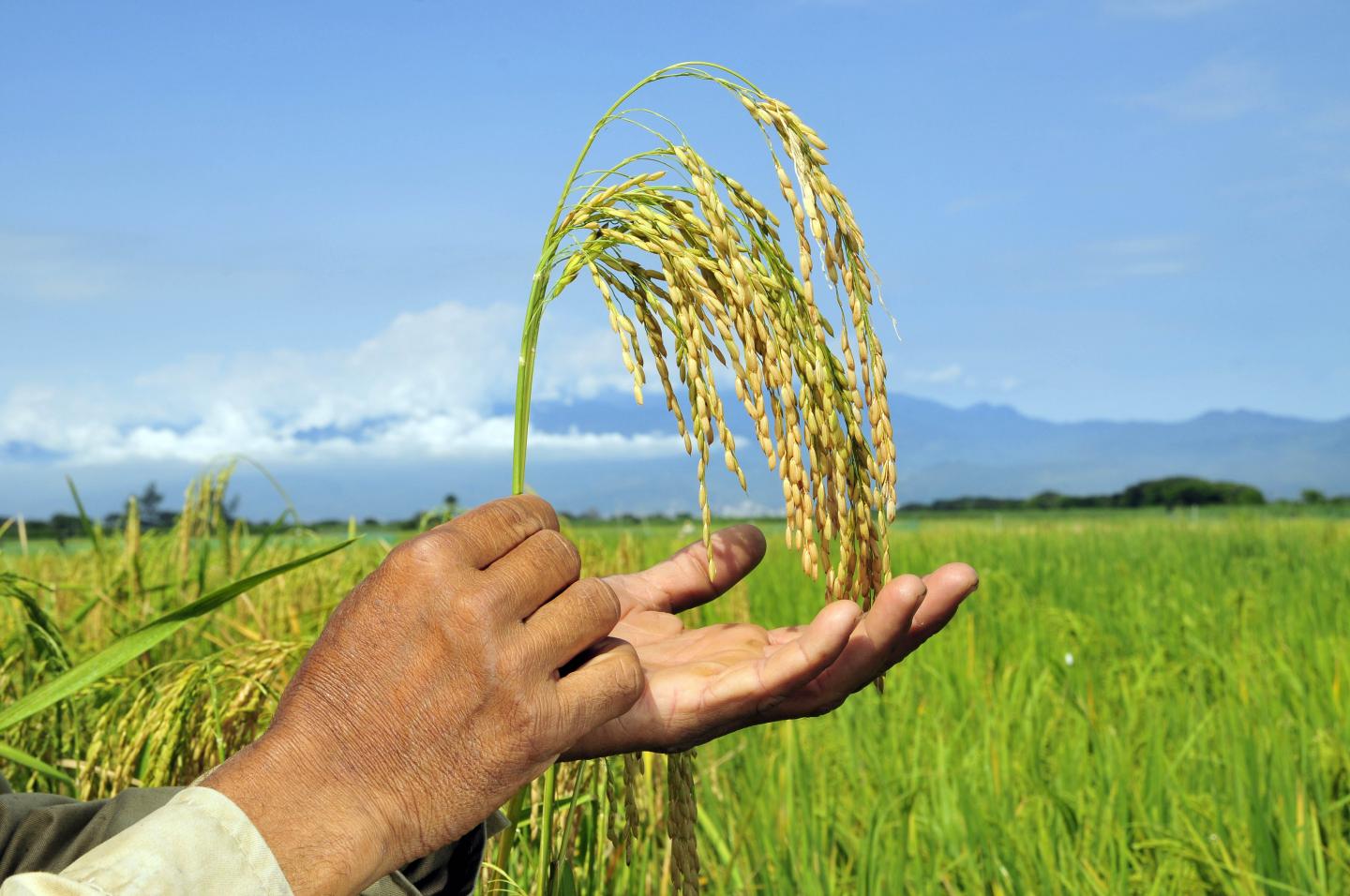 Without significant global reductions in greenhouse gas emissions, Colombia will have 60 percent less land suitable for rice production by the 2050s, according to a new study by the CGIAR Research Program on Climate Change, Agriculture and Food Security (CCAFS). Due primarily to increased temperatures and decreased rainfall – as opposed to sea-level rise, which is the driver of projected change to rice production in some Asian countries – the research shows suitable conditions will need to be found at higher elevations when low-altitude fields are too hot or dry for irrigated rice production.

The study found that Colombia’s suitable arable land for rice is currently 4.4 million hectares but could be reduced to 1.8 million hectares in a few decades. Mitigation could require complex decisions around land-use change, changes in crop cultivation, and food security, said the authors. The study is the first of its kind for a Latin American country and was published in Mitigation and Adaptation Strategies for Global Change.

“Many of these impacts can be avoided if we act on time by facilitating strategies so that our farmers are better prepared, and reducing the emissions of greenhouse gases from agriculture and other sectors,” said Fabio Castro, the study’s lead author and researcher at the International Center for Tropical Agriculture (CIAT) in Colombia.

The study highlights the climate-change challenges faced by many tropical countries that grow rice, which is the most important food crop in the developing world. Whereas China, the world’s largest rice producer, has lots of land and can move production further north to mitigate climate impacts, many countries do not have the same options.

“India, which is a little bit closer to the equator, doesn’t have as much flexibility as China does, but they still have some flexibility, as do some Southeast Asian countries,” said Glenn Hyman, a co-author at the Spatial Informatics Group. “Indonesia, Western Africa, Peru, Ecuador and Central America are similar to Colombia but may lack land at cooler, higher altitudes.”

The researchers examined current and projected climate conditions in Colombia’s various rice-growing regions. Under the projections, some low-altitude areas are projected to become environmentally incompatible with rice production. Other areas, which are cooler and have higher elevations, will become more suitable.

They emphasize that global action to reduce greenhouse gas emissions will significantly decrease the extent of adaptation measures.

“This is a warning that Colombia’s suitability for rice will change,” said Castro, who is also a researcher at Colombia’s Universidad del Valle. “If cultivation continues in the same areas, with the same seeds and the same agronomic practices, perhaps future yields will be reduced or simply the current varieties will not adapt.”

The study’s future scenario, 2049-2060, is based on Representative Concentration Pathway (RCP) 8.5, a greenhouse gas concentration trajectory that considers business-as-usual emissions scenarios. RCPs were adopted by the Intergovernmental Panel on Climate Change to help standardize research related to projected impacts of increased greenhouse gases in the atmosphere. Future land suitability was determined by climate models for temperature, precipitation, soil types, and socioeconomic variables.

“Areas that are projected to be less suitable for rice may need to switch to other crops or otherwise develop new livelihood strategies. In other areas where rice production is projected to thrive, land-use changes need to be considered carefully in the light of sustainability and profitability,” wrote the authors. “Food security and food sovereignty issues may also be important considerations in land-use planning in these regions. Planning efforts will require more research on the economic and social aspects of agricultural production in the country.”

How to quell a cytokine storm: New ways to dampen an overactive immune system

Compute at the speed of light