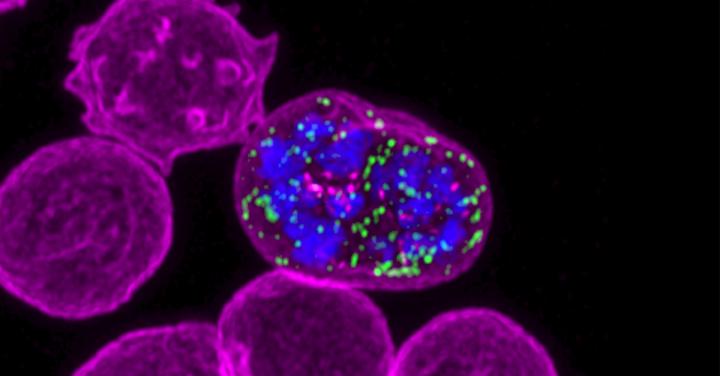 A collaborative research team discovered compounds with antimalarial activity within a collection of 80,000 drug-like molecules in the Janssen Jump-stARter Compound Library, a unique collection of drug-like compounds designed to fast track the discovery of new medicines. Under the agreement, the most promising candidates are now being further developed by the researchers towards potential antimalarial drugs, which could lead to powerful new weapons in the global fight against this disease.

More than 200 million people worldwide contract malaria each year. This mosquito-borne parasitic disease causes hundreds of thousands of deaths each year, and also places an enormous burden on communities through illness.

“The development of resistance to currently used antimalarial drugs is one of the greatest threats to global malaria control efforts, and new medicines are urgently needed,” said Professor Alan Cowman AC, who leads WEHI’s malaria research program. “Our team has focussed for more than 30 years on understanding the biology of the malaria parasite and its interactions with humans, with the goal of developing new approaches to preventing or treating malaria.

“The discovery and development of new antimalarial drugs has been a central goal of WEHI’s malaria research. We bring together expertise in drug development and malaria biology to ensure the drugs we develop have the best chances of success and target key proteins in the malaria parasite,” he said.

The opportunity to access the Jump-stARter Compound Library in late 2016, enabled WEHI scientists to rapidly progress their search for new antimalarial drugs. With the compounds identified, the WEHI team will now move forward to explore the key proteins in collaboration with Janssen.

“With this collaboration, we have been able to access novel drug-like compounds that have the right properties to be developed into new medicines. Excitingly, our collaboration and additional support from Johnson & Johnson Innovation has shown this library contains multiple compound classes with antimalarial activity, suggesting they could be developed into new drug candidates,” Professor Cowman said.

WEHI medicinal chemist Dr Brad Sleebs led the next stage of the research, modifying the antimalarial compounds in the library, to enhance their activity, as well as ensuring they had the right properties to be suitable as a medicine.

“We have worked closely with the Janssen Discovery Chemistry team to progress this phase of the research, and we now have some really promising compounds,” Dr Sleebs said. “Our research team has also been able to pinpoint how some of these compound classes act to stop the growth of malaria, a key step in enhancing their design.”

The research has been enhanced through the involvement of the not-for-profit foundation, the Medicines for Malaria Venture (MMV), whose aim is to reduce the burden of malaria in disease-endemic countries and ultimately to eradicate malaria.

“MMV has provided critical advice for this project, both in the chemical design of the new compounds, as well as ensuring the drugs we are developing meet their Target Product Profile (TPP) and do not replicate work underway at other malaria research facilities around the world. This has been a valuable addition to the collaboration, and we can be confident we are working in a unique research space. The collaboration with MMV has provided access to a global network of malaria researchers and assay platforms,” Dr Sleebs said.

“WEHI has a strong track record in malaria biology, as well as expertise in drug screening and medicinal chemistry, which has been ideally complemented by skills brought to the table by our partners. We are thrilled that this has yielded some encouraging antimalarial drug candidates, which that are now being assessed in preclinical models,” Professor Cowman said.

The research carried out by Professor Cowman and Dr Sleebs receives funding support from the Ellen Corin Centenary Fellowship, the Australian National Health and Medical Research Council and the Victorian Government.