Cognitive elements of language have existed for 40 million years 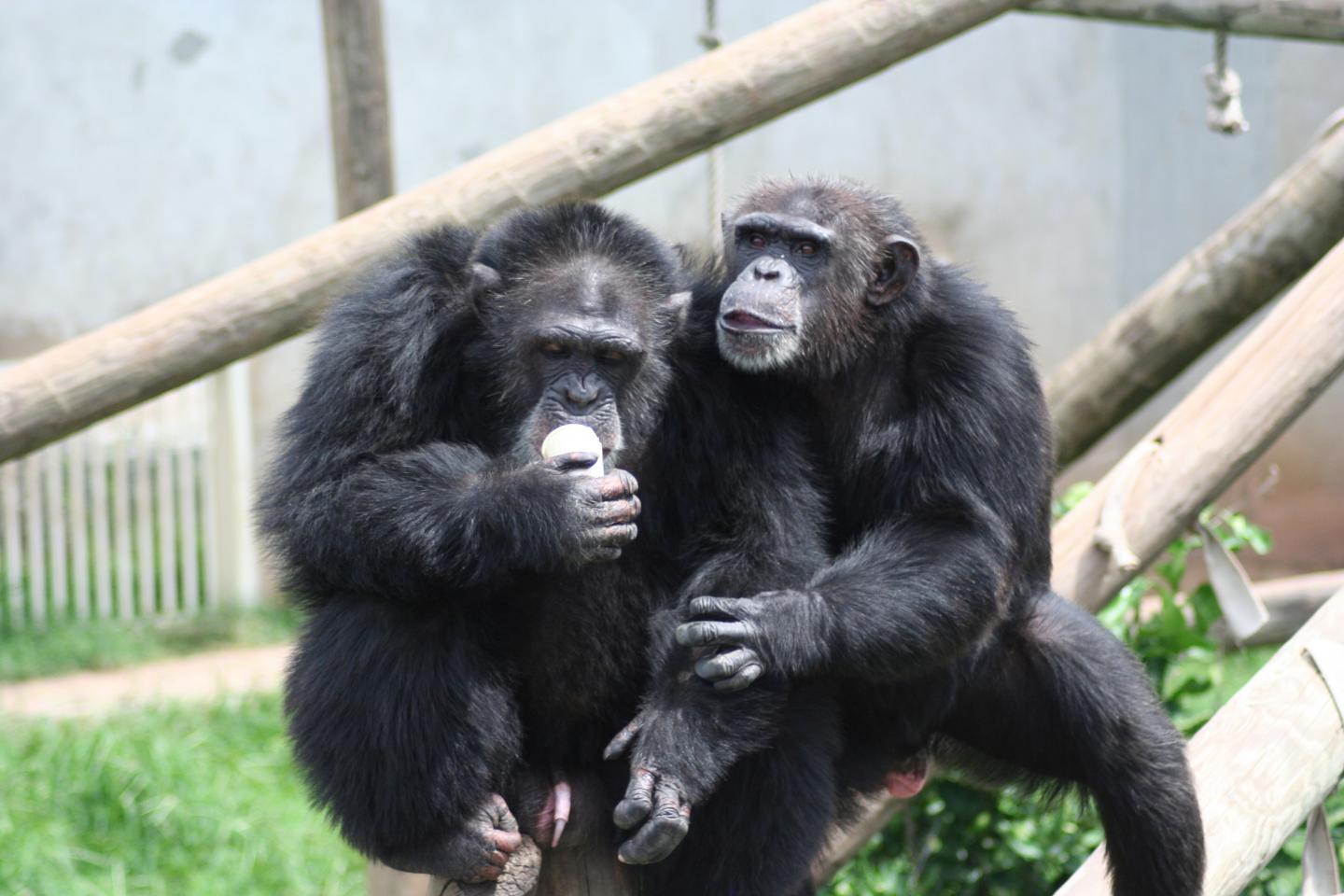 Humans are not the only beings that can identify rules in complex language-like constructions – monkeys and great apes can do so, too, a study at the University of Zurich has shown. Researchers at the Department of Comparative Language Science of UZH used a series of experiments based on an ‘artificial grammar’ to conclude that this ability can be traced back to our ancient primate ancestors.

Language is one of the most powerful tools available to humankind, as it enables us to share information, culture, views and technology. “Research into language evolution is thus crucial if we want to understand what it means to be human,” says Stuart Watson, postdoctoral researcher at the Department of Comparative Language Science of the University of Zurich. Until now, however, little research has been conducted about how this unique communication system came to be.

An international team led by Professor Simon Townsend at the Department of Comparative Language Science of the University of Zurich has now shed new light on the evolutionary origins of language. Their study examines one of the most important cognitive elements needed for language processing – that is, the ability to understand the relationship between the words in a phrase, even if they are separated by other parts of the phrase, known as a “non-adjacent dependency”. For example, we know that in the sentence “the dog that bit the cat ran away”, it is the dog who ran away, not the cat, even though there are several other words in between the two phrases. A comparison between apes, monkeys and and humans has now shown that the ability to identify such non-adjacent dependencies is likely to have developed as far back as 40 million years ago.

Acoustic signals instead of words

The researchers used a novel approach in their experiments: They invented an artificial grammar, where sequences are formed by combining different sounds rather than words. This enabled the researchers to compare the ability of three different species of primates to process non-adjacent dependencies, even though they do not share the same communication system. The experiments were carried out with common marmosets – a monkey native to Brazil – at the University of Zurich, chimpanzees (University of Texas) and humans (Osnabrück University).

First, the researchers taught their test subjects to understand the artificial grammar in several practice sessions. The subjects learned that certain sounds were always followed by other specific sounds (e.g. sound ‘B’ always follows sound ‘A’), even if they were sometimes separated by other acoustic signals (e.g. ‘A’ and ‘B’ are separated by ‘X’). This simulates a pattern in human language, where, for example, we expect a noun (e.g. “dog”) to be followed by a verb (e.g. “ran away”), regardless of any other phrasal parts in between (e.g. “that bit the cat”).

In the actual experiments that followed, the researchers played sound combinations that violated the previously learned rules. In these cases, the common marmosets and chimpanzees responded with an observable change of behavior; they looked at the loudspeaker emitting the sounds for about twice as long as they did towards familiar combinations of sounds. For the researchers, this was an indication of surprise in the animals caused by noticing a ‘grammatical error’. The human test subjects were asked directly whether they believed the sound sequences were correct or wrong.

“The results show that all three species share the ability to process non-adjacent dependencies. It is therefore likely that this ability is widespread among primates,” says Townsend. “This suggests that this crucial element of language already existed in our most recent common ancestors with these species.” Since marmosets branched off from humanity’s ancestors around 40 million years ago, this crucial cognitive skill thus developed many million years before human language evolved.