Coconut trees grow slowly and are difficult to clone. Scientists at KU Leuven and the Alliance multiplied seedlings faster and conserved coconut genetic resources for the long term. This will help to preserve coconut tree biodiversity and meet the increasing demand for coconuts and derived products. 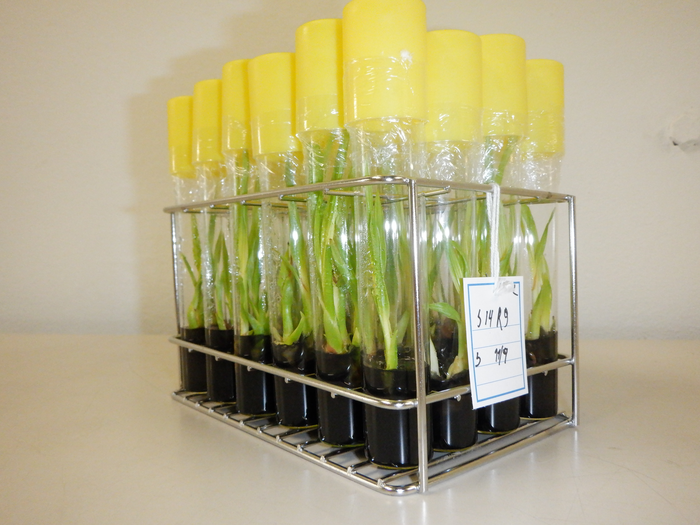 Coconut trees grow slowly and are difficult to clone. Scientists at KU Leuven and the Alliance multiplied seedlings faster and conserved coconut genetic resources for the long term. This will help to preserve coconut tree biodiversity and meet the increasing demand for coconuts and derived products.

The coconut is the sixth most cultivated fruit on earth and demand for it continues to rise. In recent years, coconut oil has seen an increase in consumer demand. Coconut water is also used as a natural alternative to sugary soft drinks. But the coconut tree, which mainly grows in coastal areas around the equator, faces many challenges: the Lethal Yellowing Disease, climate change, rising sea levels and outdated plantations. This is why researchers at KU Leuven and the Alliance of Bioversity International and CIAT have developed a method to multiply coconut trees faster and store them more efficiently in gene banks.

“Nobody thought we could do it”

Bart Panis of the Laboratory for Tropical Crop Improvement (KU Leuven) and the Alliance and PhD student Hannes Wilms drew their inspiration for this research from another fruit variety: the banana. From his work on banana plants, Panis suspected that a certain plant hormone could also be successful in coconut trees. “Coconut plants do not form side shoots. They put all their energy into one shoot that has to grow as fast and as tall as possible. This makes it very difficult to clone and store the plants,” Panis said. Not anymore.

For their research, the scientists first extracted the coconut tree embryo from the coconut. Then they applied the plant hormone to the meristem – or growing point – contained in the embryo. In this way, they succeeded in having the embryo form not only one shoot, but several side shoots. They managed, in turn, to split these shoot clusters and allow new side shoots to grow on them as well. Their findings were published on 15 September in Scientific Reports.

“Nobody thought we could do it. But we persevered with determination,” Panis said. “There are other methods of vegetatively propagating coconut trees but we are confident that this is the first method that is also time- and cost-efficient.” Thousands of new specimens of a single coconut plant can be obtained that share the mother plant’s exact same genetic profile. This offers enormous potential for coconut plantations worldwide.

Challenges for the coconut

First and foremost, the team wants to safeguard the coconut tree’s genetic diversity as efficiently as possible. It is very crucial to preserve as many varieties of the coconut plant because each variety has specific characteristics. Some are resistant to a particular disease or have a better oil composition, while others are more resistant to heat, drought or storms.

“Currently, the coconut tree is kept as a tree in field collections. But some of these collections are threatened by Lethal Yellowing Disease,” said Hannes Wilms, a co-author from KU Leuven. “Our technique now also allows the shoots of the coconut plant to be preserved for eternity by cryopreservation, in liquid nitrogen at a temperature of -196°C.”

“This is important for the future: if a new disease was to affect coconut production, there may be a variety in the gene bank that is resistant to this disease and can be planted out in the affected areas,” said Panis.

For today’s coconut production, too, the technique comes at the right time. “There’s a huge demand for coconut. The existing plantations are old and need to be replanted in the short term,” Panis said. “So our technique meets the great demand for healthy plant material.”

The researchers have now submitted a patent application. All that is needed now is additional funds to protect the patent and further refine the technique. In this process, researchers will not lose sight of small-scale producers. “Because coconut production is often in the hands of small farmers, we will have a special clause included in the patent licence: whoever applies our technique will have to ensure that small farmers can purchase the plant material at a reasonable price,” Panis said