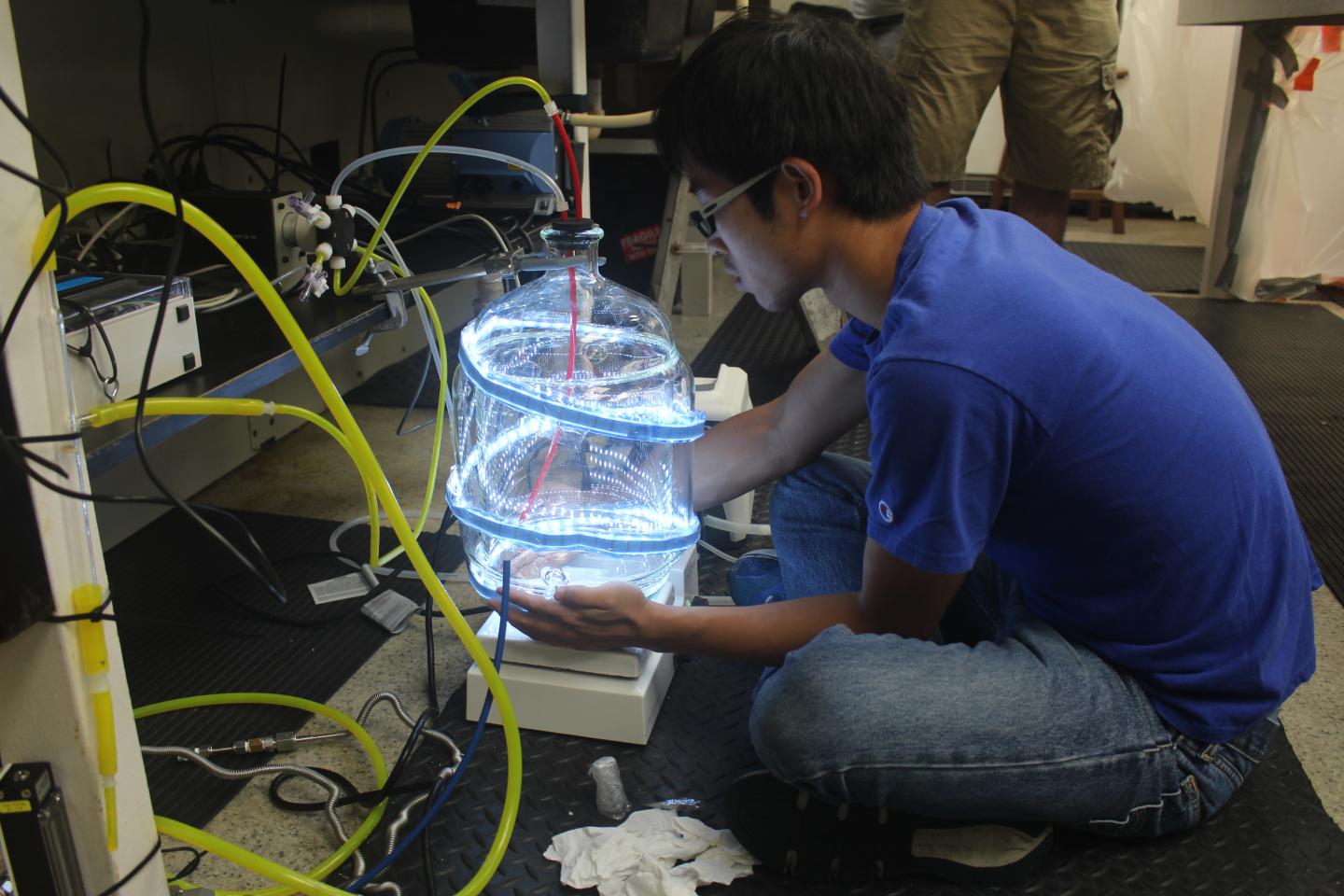 DURHAM, N.C. — Nitrogen fixation is surprisingly high in coastal waters and may play a larger role than expected in carbon dioxide (CO2) uptake in these waters, a new study led by Duke University scientists shows.

Knowing where and when nitrogen fixation is occurring will help scientists better quantify coastal waters’ ability to absorb and store carbon dioxide and aid in future climate predictions.

“Past models suggested most nitrogen fixation occurred in the open ocean. We found the opposite: Rates are actually higher in coastal areas. They’ve just been mostly overlooked until now,” said Nicolas Cassar, professor of biogeochemistry at Duke’s Nicholas School of the Environment, who was senior author on the study.

Most of this overlooked activity is being driven by microbes known as cyanobacterial diazotrophs that live in coastal waters, the study shows.

The tiny organisms take in nitrogen gas (N2) and convert it into ammonia (NH3), a form of nitrogen that phytoplankton, the base of the marine food web, can use as food. This in turn fuels photosynthesis by the phytoplankton and the uptake of CO2.

“This means that we have to revisit the global distribution of marine N2 fixation and re-evaluate its role in the coastal carbon cycle,” said Weiyi Tang, a Ph.D. student in Earth and Ocean Sciences at Duke’s Nicholas School, who conducted the research as part of his doctoral dissertation.

Their findings are based on thousands of seawater samples collected from across 6,000 kilometers of the western North Atlantic during two 10-day research cruises in 2015 and 2016.

Collecting that unprecedented volume of data in such a short amount of time at sea was possible, Cassar explained, because his lab team has developed an instrument that allows them to do near-continuous real-time analysis of N2 fixation. They use a method called FARACAS, or flow-through incubation acetylene reduction assays by cavity ring-down laser absorption spectroscopy.

Previously, the only way scientists had to quantify marine nitrogen fixation, which tends to be very episodic in nature, was to sporadically collect samples, perhaps twice daily, in locations where their research vessel stopped. This was like reading only two chapters of a book instead of all of them, Cassar said. It left gaps in the narrative.

“Our new instrument lets us collect near-continuous samples over broad expanses of the ocean while the ship is moving, which makes it a much better tool for assisting researchers. It’s like a biogeochemical compass,” he said. “While each data point is not fully independent at this resolution, we can collect more data on one cruise than you find in the existing literature.”

A meta-analysis of the existing literature that Tang subsequently conducted shows that nitrogen fixation is likely significant in other coastal regions worldwide, too, not just in the western North Atlantic.

“Nitrogen fixation is one of the most important processes governing life on Earth and in the oceans. Developing this new technique to measure nitrogen fixation is already changing our understanding of where and when it happens,” said Hedy Edmonds, program director at the National Science Foundation (NSF) Division of Ocean Sciences, which funded the research through a CAREER grant (#1350710) to Cassar.

Additional support for the research came from a Link Foundation Ocean Engineering & Instrumentation Fellowship to Tang.

How plants learned to save water

Butterflies and plants evolved in sync, but moth ‘ears’…