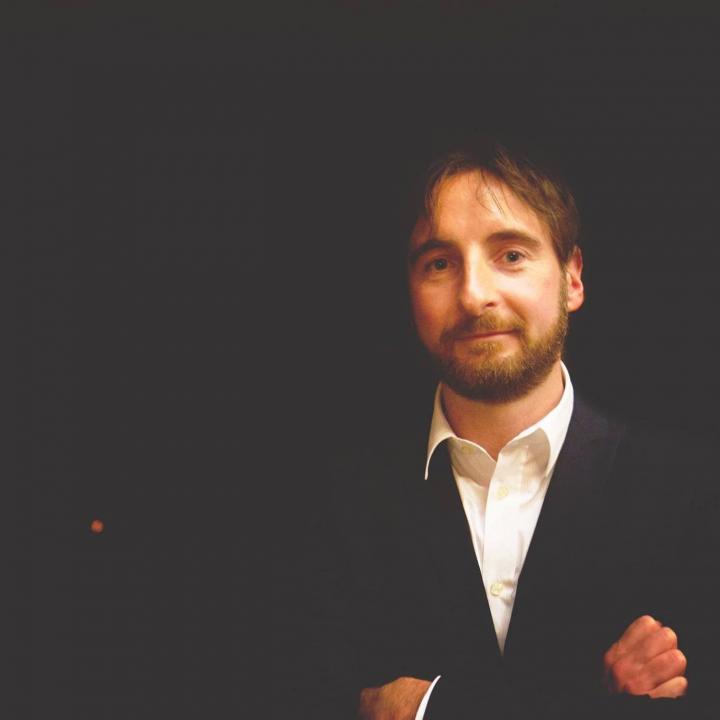 People often think about human behavior in terms of what is happening in the present–reading a newspaper, driving a car, or catching a football. But other dimensions of behavior extend over weeks, months, and years.

Examples include a child learning how to read; an athlete recovering from a concussion; or a person turning 50 and wondering where all the time has gone. These are not changes that people perceive on a day-to-day basis. They just suddenly realize they’re older, healed, or have a new development skill.

“The field of neuroscience looks at the brain in multiple ways,” says Franco Pestilli, a neuroscientist at The University of Texas at Austin (UT Austin). “For example, we’re interested in how neurons compute and allow us to quickly react–it’s a fast response requiring visual attention and motor control. Understanding the brain needs big data to capture all dimensions of human behavior.”

As an expert in vision science, neuroinformatics, brain imaging, computational neuroscience, and data science, Pestilli’s research has advanced the understanding of human cognition and brain networks over the last 15 years.

Pestilli likes to compare the brain to the Internet, a powerful set of computers connected by cables simultaneously keeping many windows open and programs running. If the computer is healthy but the cables are not, long range communication between computers in different parts of the brain begins to fail. This in turn creates problems for our long-term behavior.

Pestilli and team are also interested in how biological computations change over longer time periods–such as how does our brain change as we lose our vision?

“We’ve shown that if you change the input into the eye, it can change the brain’s white matter, which is equivalent to the brain’s cabling system–just like computers are connected with cables, our brain has millions of cables connecting millions of tiny computers called neurons.”

This research was published in Nature Scientific Reports in March 2021.

Brainlife.io–The Platform Scientists Need to Do the Science They Want

A key aspect of Pestilli’s work started in 2017 when he received a grant from the BRAIN Initiative through the National Science Foundation (NSF) to launch Brainlife.io. At that time, he was an associate professor in Psychological and Brain Sciences with Indiana University.

The Brainlife.io computing platform provides a full suite of web services to support reproducible research on the cloud. More than 1,600 scientists from around the world have accessed the platform thus far. BrainLife.io allows them to upload, manage, track, analyze, share, and visualize the results of their data.

Currently, the platform serves different communities of scientists from psychology to medical science to neuroscience, and includes more than 600 data processing tools. Brainlife.io integrates different expertise and development mechanisms for making code and publishing it on the cloud–while tracking every detail that happens to the data.

“We’ve processed more than 300,000 datasets thus far–and we’re serving many new users as the number of scientists accessing our platform has exploded during the pandemic,” Pestilli said. “A lot of new people came to Brainlife.io because they lost access to their physical facilities.”

The platform relies on supercomputing infrastructure to run simulations on high performance computing (HPC) hardware. “National systems like Jetstream (Indiana University/TACC), Stampede2 (TACC), and Bridges-2 (Pittsburgh Supercomputing Center) are fundamental to what we do. We’ve received a lot of support the Extreme Science and Engineering Discovery Environment (XSEDE) funded by NSF.”

BrainLife.io is also funded via collaborative awards from the National Institutes of Health (NIH) and the Department of Defense.

Aina Puce is a professor in Psychological and Brain Science at Indiana University. She is a self-proclaimed neophyte with regard to Brainlife.io, yet she is a world expert in neuroimaging, and the principal investigator of an NIH grant that supports the development of neurophysiological data management and analyses on the platform.

“I jumped in at the deep end to help Franco and his team expand the functionality of the platform to neurophysiological data,” Puce said.

“Brainlife.io is allowing us to start to perform cutting-edge analyses, integrating neurophysiological data and MRI-based data. Studies include research explicitly linking brain structure to brain function, such as how information gets transported from region to region, and how blood flow and brain electrical activity change when performing particular tasks.”

Soon, a suite of new tools will be available on Brainlife.io for users to integrate EEG (electroencephalography), MEG (magnetoencephalography), and MRI (magnetic resonance imaging) data, which is “unique and will be tremendously helpful for both science and society,” she said.

Puce and team are currently exploring brain activity by recording electrical output, both non-invasively from the scalp and invasively from the inside of the head. They are also detecting magnetic fields produced while a person is at rest and while they are performing tasks such as reading social messages from others.

“This is what we are bringing to Brainlife.io for the first time,” Puce said.

The field of neuroscience is moving from small data sets to large data sets. Larger data sets mean that scientists can extract more statistically powerful insights from the information they collect.

For example, the Adolescent Brain Cognitive Development Study is one of the largest, long-term studies of brain development and child health in the United States. The study is collecting data from over 10,000 adolescent brains to understand biological and behavioral development from adolescence into young adulthood. In another part of the world, the UK Biobank contains in-depth health information from more than 500,000 participants who donated their genetic and clinical data for the good of science; 100,000 of these participants donated brain scans.

“As each new project scales up,” Pestilli said, “the size of the data set also scales up, and as a result, the needs for storage and computing change. We’re building datasets of a size and impact that only supercomputers can effectively cope. With the recent advent of machine-learning and artificial intelligent methods, and their potential to help humans understand the brain, we need to change our paradigm for data management, analysis, and storage.”

Pestilli says that neuroscience research can’t survive unless a cohesive ecosystem is built that will integrate the needs of the scientists with hardware and software needs given the tremendous amount of data and the next-generation questions to be explored.

He says that many of the tools developed so far are not easily integrated into a typical work flow or ready to use.

“To make an impact in neuroscience and connect the discipline to the most cutting-edge technologies such as machine learning and artificial intelligence, the community needs a cohesive infrastructure for cloud computing and data science to bring all these tremendous tools, libraries, data archives, and standards closer to the researchers who are working for the good of society,” he said.

Fortunately, Pestilli found a like-minded collaborator who shares this vision in Dan Stanzione, the executive director of the Texas Advanced Computing Center (TACC) and a nationally recognized leader in HPC.

Together, they plan to create a national infrastructure that provides a registry for permanent data and analyses records. Researchers will be able to find data and more transparently see the root of how the analysis was conducted. The infrastructure will facilitate what the NSF) requires in data proposals, and what researchers want, which is scientific impact and reproducibility.

In addition, this means that access to data, analysis methods, and computational resources will move toward a more equitable model, providing opportunities for many more students, educators, and researchers than ever before.

“This prospect made me very excited about joining The University of Texas at Austin,” Pestilli said. He re-located to Austin in August 2020, right in middle of the COVID-19 pandemic. Being at UT Austin means collaborating with TACC–a key reason why he accepted a professorship in the Department of Psychology.

“I’m confident that we can get it done–this vision is a crucial part of my efforts here.”