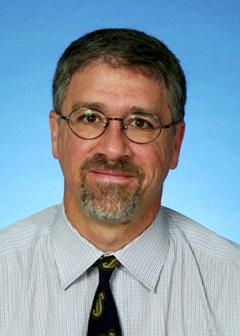 CHAPEL HILL, N.C. (Feb. 13, 2020) – Most clinical practice guidelines in the U.S. are created by medical specialty societies. While there is widespread awareness of the potential for intellectual and financial conflict of interest by individual panel members, there is little recognition of the potential for the processes used by guideline panels to create conflict of interest. This is particularly important for medical specialty societies, which have the dual obligation to advocate for patients served by the specialty and for the professional interest of their physician members.

A new study of the approval processes used by the 43 medical-specialty-society members of the Council of Medical Specialty Societies in the U.S. to create evidence-based guidelines finds that most use an approval procedure that has the potential to undermine editorial independence of the guideline development committee.

Sonis and Oliva M. Chen, MD, a UNC School of Medicine alumna now at the University of Michigan, independently evaluated guidelines and guideline development manuals that were publicly available on the specialty societies’ web sites. They found that through May 2017, 36 of 43 specialty societies produced evidence-based practice guidelines. Of those 36 societies, 27 (75%) required approval by a committee representing the society as a whole, such as the Board of Directors or the Executive Committee. Importantly, none of the 27 specified the criteria used for approval decisions. Since an Executive Committee or Board of a medical specialty society has obligations to both the professional and economic interests of its members and to the patients served by those physicians, requiring them to approve an evidence-based clinical practice guideline introduces a potential conflict of interest.

Just six of the 27 specialty societies (17%) had in place procedures to maintain some editorial independence for the guideline development group, such as approval by a separate guideline committee or approval based on fidelity to pre-approved established guideline methodology, not content.

“This lack of editorial independence within each society may introduce conflict of interest into a process that is designed to produce recommendations based exclusively on evidence and patient preferences,” Sonis said. “Medical specialty societies should adopt guideline approval processes that limit the possibility of conflict of interest. The processes used by the six specialty societies that maintain at least some editorial independence of the guideline development panel can serve as a useful model.”

‘Oldest bamboo’ fossil from Eocene Patagonia turns out to…