The continental shelf is the submerged extension of a continent and as such it is at the crossroad of terrestrial, oceanic and atmospheric influences. This confluence is the lead driver of the high biological productivity that often characterizes the continental shelf regions. Their productivity is not only critical to the ecosystems that it sustains but also to the livelihood of coastal communities such as tourism, fishing, aquaculture and more. 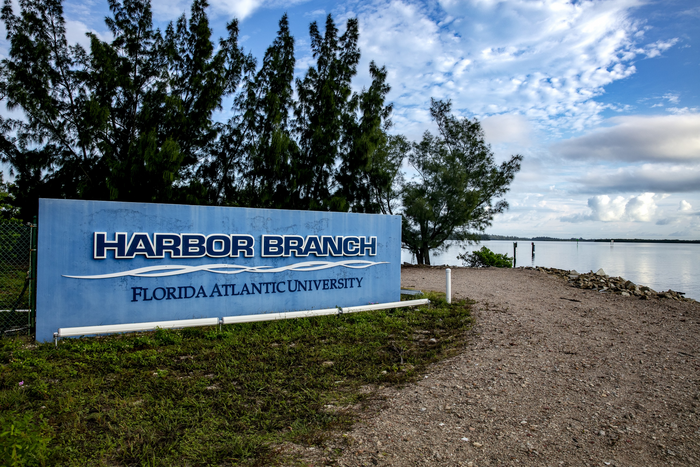 The continental shelf is the submerged extension of a continent and as such it is at the crossroad of terrestrial, oceanic and atmospheric influences. This confluence is the lead driver of the high biological productivity that often characterizes the continental shelf regions. Their productivity is not only critical to the ecosystems that it sustains but also to the livelihood of coastal communities such as tourism, fishing, aquaculture and more.

Anthropogenic climate change is expected to have profound implications on shelf dynamics as changes in local atmospheric circulation, heat, and evaporative fluxes can significantly affect the balance between surface fluxes, horizontal transports and vertical mixing. In addition, changes to freshwater discharge from the continent whether by land management, climate driven rainfall or man-made modified freshwater discharge, have large impacts on shelf dynamics and may mitigate or exacerbate changes associated with climate.

One region where these changes are particularly evident is the Gulf of Mexico. The west Florida coast is under the influence of a significant number of freshwater inputs. They drain fresh water from precipitation (direct or delayed, local or regional) from rivers, streams, lakes, and canals into the near shore, majorly contributing to the estuarine properties of West Florida Shelf waters. This fresh water usually expands westward and southward over the shelf, and contributes to the riverine properties of the inner shelf waters.

South Florida is currently implementing the most expansive restoration project ever undertaken to restore the Greater Everglades Ecosystem. The Comprehensive Everglades Restoration Plan is restoring the quantity, quality, timing and distribution of freshwater flows to its pre-drainage levels.

While it seems possible to assess the effect of changes in water runoff locally, there are also long-range implications at depth, on the inner and mid shelf, that remain to be understood.

A researcher from Florida Atlantic University’s Harbor Branch Oceanographic Institute, in collaboration with Florida International University, conducted a study that provides an assessment of the potential effects of climate warming and water management of the West Florida Shelf dynamics during two particular events that affect its hydrology through the lens of a very high-resolution model.

For the study, they evaluated, in a high-resolution simulation (1.5 kilometers), the separate and combined effects of freshwater discharge management and climate warming by 1 degree Celsius on the Loop Current intrusions on the West Florida Shelf and its dynamics, in the sub-tropical western Atlantic.

Results, published in the journal Bulletin of Marine Science, showed that based on a one-year simulation in which a Loop Current and its eddy intruded on the West Florida Shelf, either the increase of freshwater discharge or the climate warming led to a change in the stratification properties of the West Florida Shelf significant enough to affect the type of Loop Current intrusions. Increased freshwater discharge contributed to the intensification of shelf water mixing that favors surface intrusion of Loop Current waters. In contrast, 1 degree Celsius warming led to increased shelf waters stratification that favors bottom intrusions.

“Either type of intrusion leads to a different oceanographic regime on the shelf to which the ecosystem might respond differently,” said Laurent Chérubin, Ph.D., senior author, a physical oceanographer who specializes in ocean dynamics and a research professor at FAU Harbor Branch. “Our study suggests, however, that increased freshwater discharge could mitigate the effect of climate warming on the West Florida Shelf by reducing shelf waters stratification.”

Researchers also analyzed the West Florida Shelf response to cold air outbreaks that are common in the fall and winter months. Results showed that under a warmer climate, the increased stratification due to the freshwater discharge at the end the boreal summer wet season is cancelled by the warmer climate and reduces the available potential energy on the shelf, limiting coastal upwelling, instabilities, and shelf convection.

“The West Florida Shelf is under the influence of a large number of estuarine systems and bays that influence the baroclinicity of the flow on the shelf,” said Robert Burgman, Ph.D., co-author and an associate professor who specializes in climate dynamics and atmospheric science in FIU’s College of Arts, Sciences & Education. “Changes in salinity and/or nutrient patterns have had significant direct and indirect impacts on the water column and attached communities, with documented micro- and macroalgal blooms, mass mortality of seagrasses, fragmentation of seascapes, sponge die-offs, and declines in pink-shrimp catches.”

The current river discharge in South Florida is the product of a historical effort that was originally aimed at draining water from the Everglades region in Florida. The modification of the freshwater flows caused by the construction of the Central and Southern Florida Project water-drainage system was completed in the 1960s. This system, consisting of canals, pumps, levees, and other control structures, was designed to prevent flooding of urban and agricultural areas and has altered the regional hydrology, reducing the total amount of freshwater reaching the coastline.

This study was supported through NOAA grant Coastal and Ocean Climate Applications (NA12OAR4310105). Support also was provided through the NOAA South Florida Ecosystem Restoration Program and the Habitat Program and by the Harbor Branch Oceanographic Institute Foundation who funded in part Chérubin. Burgman was funded in part by the Florida Coastal Everglades Long-Term Ecological Research program under the National Science Foundation (DEB-2025954).