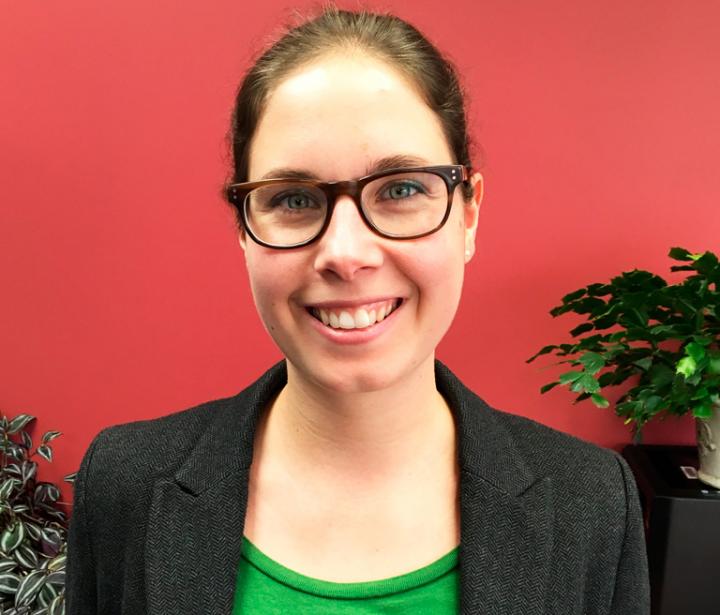 Of all the different possible methods to combat anthropogenic climate change conceived of so far, among the least studied is climate engineering.

An umbrella term for large-scale projects designed to disrupt the Earth’s carbon cycle or radiation balance, climate engineering has only relatively recently been included in the conversation about methods that could mitigate the harm caused by carbon emissions.

Research into various climate-engineering projects has grown, but according to Nadine Mengis, who until March 2019 was a Horizon Postdoctoral Fellow at Concordia’s Matthews Climate Lab, too few of the studies produced to date have looked at the large-scale side effects these projects would have on interconnected variables.

In a new paper published in the journal Climatic Change, Mengis examines possible disruptions on relationships between a large number of what she calls “Earth system variables” — the aspects of the climate that are not the direct target of the engineering projects will nonetheless be affected by them — caused by three different climate-engineering methods.

Mengis, who changed her affiliation to Simon Fraser University this winter but completed her research for this paper while at Concordia, looked at three proposed climate-engineering methods for her study. Here is how each one works, in very broad terms:

First, solar radiation management. This involves actually adding aerosols into the stratosphere that would scatter incoming radiation from the sun and block some of the energy that would otherwise enter the Earth’s system. Think of it as mimicking the effects of a volcanic explosion.

“In an unperturbed or un-managed climate, we would have an increasing temperature as a result of increasing CO2 concentrations,” she says. “But if we manipulate the radiation balance of the planet, temperatures would level or go down, while CO2 levels remain unmitigated.”

The second is ocean alkalinity enhancement. This involves grinding massive amounts of rocks and dumping them into the surface ocean, where they would absorb carbon dioxide via a chemical reaction.

This would lead to an increase in ocean alkalinity — the ability to neutralize acid — and subsequently raise oceanic pH levels, indicating lower levels of acidity. However, to be effective, Mengis says millions of tons of rock would have to be ground down and dumped in the ocean. Based on today’s standards, it’s not only impractical; ocean dumping is also illegal.

The third is large-scale afforestation. As the name implies, it is the exact opposite of deforestation — but does not end with the planting of millions upon millions of trees.

Because trees only absorb large amounts of carbon when they are growing, says Mengis, these trees would have to be planted and then harvested, and the carbon in them sequestered. The cycle would have to be repeated constantly in order to be effective and would require, by some estimates, reforesting an area the size of Europe.

She is of course aware that none of these measures is possible to implement in the immediate future, but notes that these estimates are based on current emission rates. If humans reduce emissions dramatically, some form of these measures could be implemented at smaller scales.

Problems and solutions are global

Mengis stresses that the research on climate engineering methods remains far too narrow and therefore of limited value to take well-informed decisions.

“I think we’re skipping ahead several steps,” she says. “There are issues we need to look at before getting to specifics like how climate engineering can help crop yields.”

She hopes the scientific community will use her paper as an orientation to investigate the side effects these projects can cause in a more comprehensive, holistic way. As for the public, she hopes they will come to understand that the field is still comparatively young.

“There are still a lot of unknown unknowns,” she says. “Things we don’t even know about yet might be impacted, and I hope my paper sheds some light on that.”

The research for this paper was funded by the DFG Priority Programme 1689 – Climate Engineering: Risks, Challenges, Opportunities?