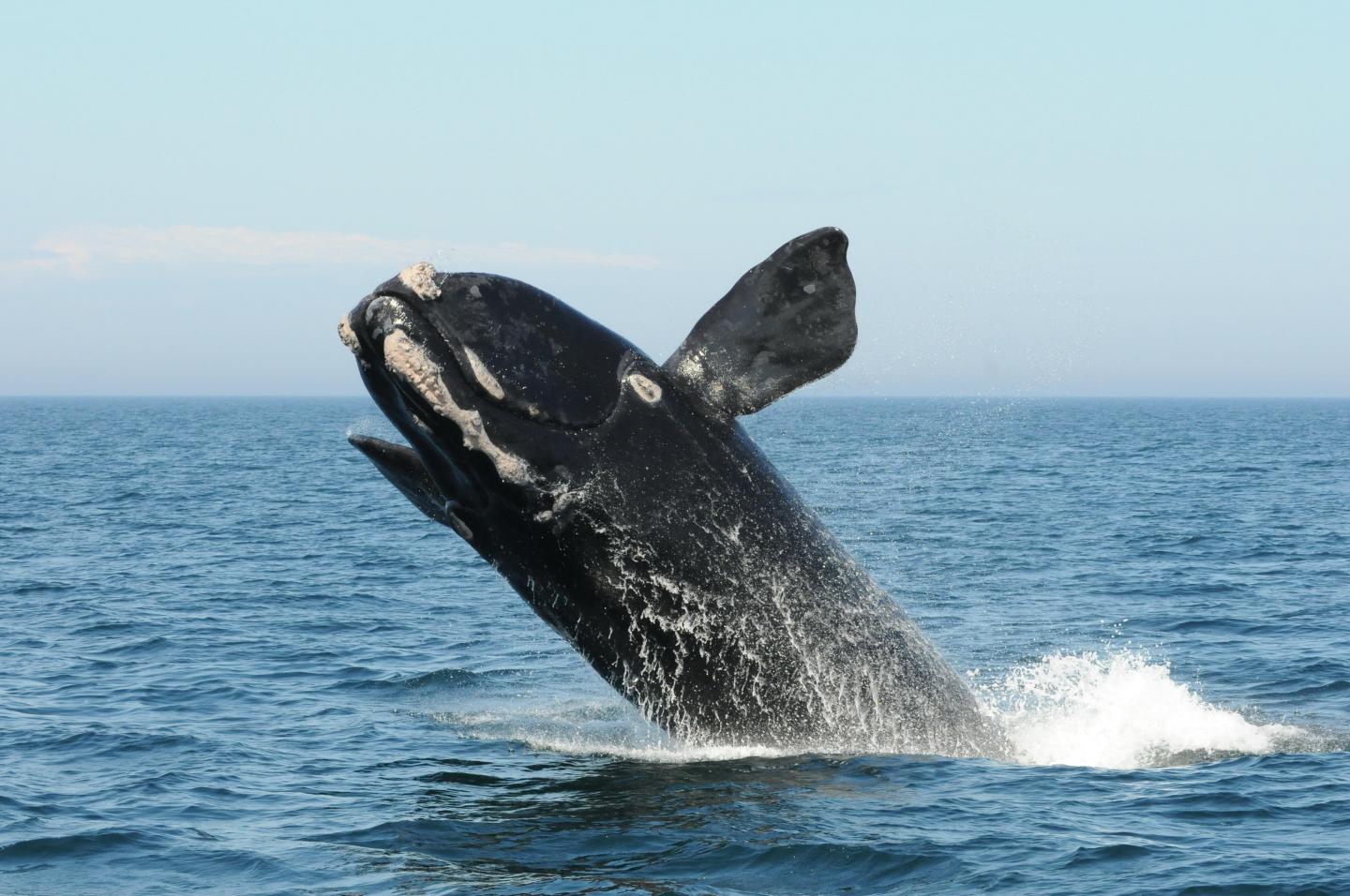 EAST BOOTHBAY, Maine – New research connects recent changes in the movement of North Atlantic right whales to decreased food availability and rising temperatures in Gulf of Maine’s deep waters. Right whales have been showing up in unexpected places in recent years, putting the endangered species at increased risk. The study, which was published in Oceanography and conducted by scientists from more than 10 institutions, provides insights to this key issue complicating conservation efforts.

“The climate-driven changes rippling throughout the Gulf of Maine have serious consequences for the small number of remaining right whales,” said Nick Record, a senior research scientist at Bigelow Laboratory for Ocean Sciences and lead author on the paper. “Climate change is outdating many of our conservation and management efforts, and it’s difficult to keep up with the rapid evolution of this ecosystem.”

Climate change has shifted circulation patterns in the North Atlantic Ocean, including the currents that flow into the Gulf of Maine’s depths. This study found that some of these deep waters have warmed nearly 9 degrees Fahrenheit since 2004 – twice as much as the fastest warming waters at the surface. These changes have drastically reduced the supply of right whale’s primary prey – a high-fat, rice-sized crustacean called Calanus finmarchicus.

“Ocean conditions determine where right whales go and when they go there,” said Dan Pendleton, a research scientist at the New England Aquarium and an author on the paper. “For decades, we have known where and when to find right whales. Now that paradigm is breaking down, and we’re seeing changes to behaviors that had remained consistent since before people starting observing them.”

Right whales have historically made an autumn journey to the mouth of the Bay of Fundy to feast in preparation for winter. In the absence of abundant Calanus in that region, right whales are following their food – which means foraging well outside of the areas established to protect them.

The misalignment between conservation measures and the whales’ current behavior makes them much more vulnerable to lethal encounters with ships and fishing gear. However, the researchers believe that the strong connection between water temperature, Calanus, and right whales makes it possible to predict where new right whale habitats develop, and to plan accordingly.

“Calanus is the primary reason that right whales, and many other marine animals, including herring, have thrived in the Gulf of Maine,” said Jeff Runge, a research scientist at the Gulf of Maine Research Institute and professor at the University of Maine. “But Calanus finmarchicus is a subarctic species living at the southern edge of its range here. Its presence and ability to store high energy fat is at risk by the warming of deep waters, where it spends part of its life cycle.”

As part of previous research in 2012, Record and Pendleton used data about Calanus and oceanographic conditions to develop an algorithm to identify right whale habitats. Working with collaborators, including Andrew Pershing from the Gulf of Maine Research Institute, they determined that the region south of Nantucket might be a previously unknown right whale habitat. Recent surveys have revealed the area is indeed a hotspot for the species, and the researchers now hope to develop similar tools to help people predict and prepare for future movement of right whales.

Good data are critical to accurate predictions, however, and routine measurements to monitor change in Calanus abundance in the Gulf of Maine have been drastically reduced due to a lack of funding. Runge and others in the research community are working hard to recover this capability in the region, and Record hopes that he may be able to develop models that use alternative data sources to forecast right whale locations, such as monitoring seawater for signs of whale DNA and collecting observations by citizen scientists.

“Conservation in this age of climate change requires a proactive approach,” Record said. “Developing computer models that can anticipate change is our best chance at getting the edge we need to protect right whales and other species in the rapidly changing Gulf of Maine.”

Bigelow Laboratory for Ocean Sciences is an independent, nonprofit research institute located in East Boothbay, Maine. From the Arctic to the Antarctic, Bigelow Laboratory scientists use cutting-edge techniques to understand the ocean’s mysteries, address its challenges, and unlock its hidden opportunities. Learn more at bigelow.org, and join the conversation on Facebook, Instagram, and Twitter.