Risk of mosquito-borne pathogen spreading to the country will increase as temperatures rise, say scientists 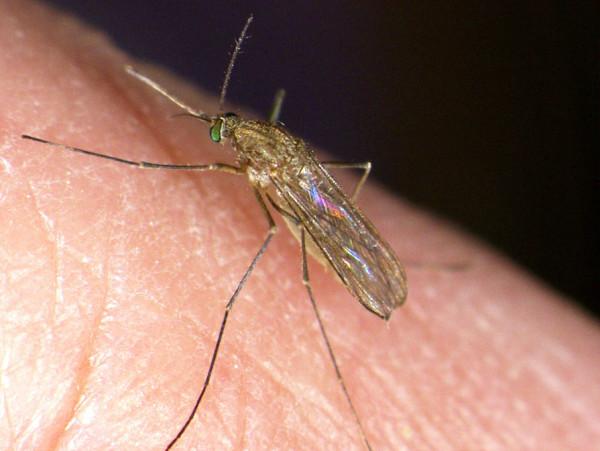 Climate change will make outbreaks of West Nile virus more likely in the UK within the next 20-30 years, scientists say.

West Nile virus is spread by mosquitoes and has no vaccine. Most people have no symptoms, but it can cause serious neurological disease.

Scientists from the UK Centre for Ecology & Hydrology (UKCEH), Biomathematics and Statistics Scotland (BioSS) and the University of Glasgow developed a new model to determine the risk of a West Nile virus outbreak in the UK.

They found the risk is low for the next two to three decades, but will increase as temperatures rise.

Dr Steven White, a theoretical ecologist at UKCEH, said: “Knowing if or when a new disease will affect us is vitally important.

“West Nile virus is currently absent in the UK, but we do harbour the Culex pipiens mosquito, which can transmit the disease and potentially lead to spill-over into humans.

“West Nile virus is now endemic in Italy and there have been outbreaks in Germany, so it is moving into more temperate climates.

“Our model shows that the risk will steadily increase and that future outbreaks are plausible in the UK.”

The team’s mathematical model looked at the effects of temperature on the biological processes affecting the Culex pipiens mosquito population in the UK. They were able to capture how these seasonal changes might interact with faster replication of the virus under higher temperatures to drive outbreaks.

Dr David Ewing from BioSS, formerly a UKCEH PhD student when most of the research was carried out, said: “Our model shows the predicted risk of an outbreak increases substantially if the biting season goes on longer, or if new viral strains are introduced that replicate at a higher rate than the ones already studied.

“Most other approaches are simplified, but we’ve built in complex biological relationships. This model could be adapted to look at other viruses and diseases, or other mosquito or insect species.”

Dr Ewing says the study shouldn’t be cause for alarm, but to help the UK prepare. “While there’s relatively little immediate danger, we can take steps to prepare for future outbreaks.

This could be as simple as ensuring doctors are aware of the symptoms, testing and who’s most at risk of becoming seriously ill.”

(From the World Health Organisation)

* West Nile virus can cause a fatal neurological disease in humans.

* However, approximately 80% of people who are infected will not show any symptoms.

* West Nile virus is mainly transmitted to people through the bites of infected mosquitoes.

* The virus can cause severe disease and death in horses.

* Birds are the natural hosts of West Nile virus.

* It is commonly found in Africa, Europe, the Middle East, North America and West Asia. WNV is maintained in nature in a cycle involving transmission between birds and mosquitoes. Humans, horses and other mammals can be infected.

About the Culex pipiens mosquito

* Culex pipiens is the most common mosquito species in the UK.

* In more northerly latitudes, such as the UK, they mainly feed on birds, not humans.

* Only females feed on blood (male Culex pipiens consume carbohydrate food sources) and are most active around sunset.

* Mosquito population levels tend to increase over the summer months, particularly in hot and wet summers which facilitate faster development and an increase in breeding sites.

* Over winter in the UK, the mosquito species stops taking blood meals and instead survives on sugary food sources as they enter diapause (akin to hibernation) as adults, inhabiting sheltered locations.

* The species is found in both temperate and tropical climates.

* Alongside West Nile virus, Culex pipiens are carriers of other diseases such as avian malaria.

About the UK Centre for Ecology & Hydrology (UKCEH)

The UK Centre for Ecology & Hydrology is a centre for excellence in environmental science across water, land and air. Our 500 scientists work to understand the environment, how it sustains life and the human impact on it – so that together, people and nature can prosper.

BioSS specialises in the development and application of the quantitative methods needed to enhance scientific knowledge and impact.
We are recognised internationally for our work at the interface between the mathematically-based sciences and a wide span of applied sciences covering agriculture and the rural economy, the environment, food and health.