Wheat yields in the UK have largely been resilient to varying weather over the past 30 years. However, the future security of our most widely grown food crop is uncertain due to increasingly frequent extreme wet and dry conditions as a result of climate change, say scientists. 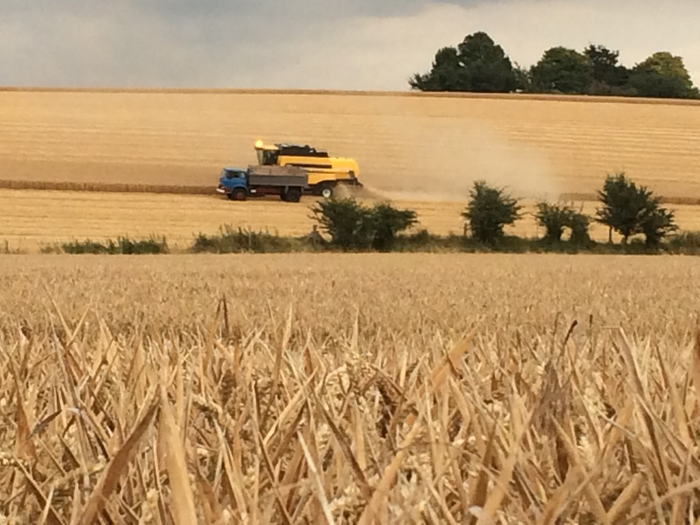 Wheat yields in the UK have largely been resilient to varying weather over the past 30 years. However, the future security of our most widely grown food crop is uncertain due to increasingly frequent extreme wet and dry conditions as a result of climate change, say scientists.

A research team from the University of Oxford, the UK Centre for Ecology & Hydrology (UKCEH), the Met Office and Bristol University carried out an in-depth analysis of wheat yields and simultaneous meteorological conditions across the main agricultural areas of the country since 1990. They also investigated the potential effect of projected climate change on production in the coming decades.

The study found there has been a substantial resilience of UK yields to single extreme weather events such as low or high rainfall or temperature, through farmers’ effective crop management and wheat’s ability to tolerate a range of climatic conditions.

But the researchers also observed that, where some combinations of extreme weather occurred over the course of a growing season there were significant negative impacts on production. For example, in 2020, torrential autumn rain hampered sowing of crops, an exceptionally dry spring affected plant growth and, finally, heavy downpours in August created very challenging harvesting conditions, resulting in some of the UK’s poorest wheat yields for decades.

Professor Richard Pywell of UKCEH, a co-author of the study, says: “Until now, farmers have largely been able to compensate for adverse weather conditions by changing when they sow or harvest crops, or by altering the timing and amount of fungicide, pesticide or fertiliser that they apply to fields.

“However, climate change will push the boundaries of what can be achieved though crop management, and it could become increasingly difficult for farmers to deal with the impacts of more frequent extreme weather events. This could affect the quality and quantity of crops, and therefore food production, in the UK.”

The researchers used state-of-the-art high-resolution climate projections up to 2080 to assess how possible future changes in temperature and rainfall under a high-emissions scenario might affect the key crop growth stages in major wheat-producing regions in Eastern and Southern Britain.

They found that significantly warmer winter temperatures might offset the negative impacts of increasing rainfall between October and April, while warmer temperatures and drier conditions in June and July would be generally beneficial to yields.

Dr Louise Slater of the University of Oxford’s School of Geography and the Environment, who led the study, explains: “Our research shows that, on average, warmer temperatures are likely to have generally positive impacts on yields in key UK wheat-growing regions. However, there may be multiple extreme weather events, such as intense thunderstorms or prolonged drought, occurring over the course of a year and therefore greater uncertainty over future wheat yields.”

UKCEH climate scientist Dr Chris Huntingford, a co-author of the research, adds: “Over the past decade, we have already seen an increase in both extreme dry and wet spells, depending on the season, and this pattern is expected to continue further. Even with large reductions in greenhouse gas emissions, climate change will still generate weather conditions outside those in which our intensive agricultural systems have developed.”

The study, which received funding from the Natural Environment Research Council (NERC), has been published in the journal Earth System Dynamics.

Measures to compensate for the possible impact of climate change on crop yields include diversifying crop rotations, improving soil health by increasing soil organic matter and creating habitats that supplement agricultural management with natural processes such as natural pest control and pollination. Ongoing research by UKCEH supports improving yields and food production in UK in a way that is sustainable, carbon-neutral and has a positive effect on nature. This includes the new £13.8 million programme AgZero+ which involves UKCEH, Rothamsted Research, the British Geological Survey, the National Centre for Earth Observation and Plymouth Marine Laboratory, and is funded by NERC and the Biotechnology and Biological Sciences Research Council (BBSRC).

The School of Geography and the Environment (SoGE) is a dynamic, diverse, interdisciplinary academic department at the University of Oxford combining natural and social science interests and skills, underpinned by Geography’s tradition of working across differing cultures. The School is internationally recognised for the quality of its teaching, research and wider engagement across the breadth of human and physical geography and environmental studies.

We have a long history of investigating, monitoring and modelling environmental change, and our science makes a positive difference in the world.

We work with farmers to monitor the impact of agriculture on the environment, understand the limitations of food production issues and develop new sustainable farming systems.