Why great tits kill pied flycatchers in their next boxes 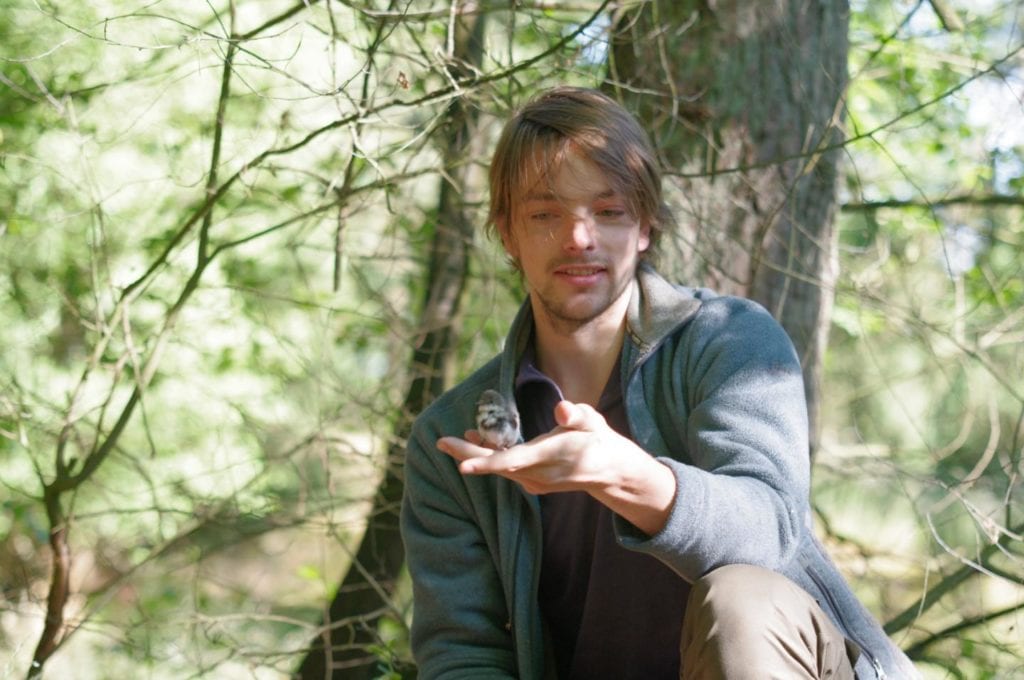 University of Groningen (UG) biologists have discovered that climate change has an effect on the regular clashes between great tits and pied flycatchers during the breeding season. In some years, great tits killed 10% of the male pied flycatchers. UG researchers have published an analysis of this behaviour on 10 January in the journal Current Biology.

Great tits are not just the funny, fluffy birds feeding off the fat balls in your winter garden. ‘During the breeding season, they can become very aggressive indeed’, says biologist Jelmer Samplonius. He studied great tits and pied flycatchers for his Ph.D. thesis at the University of Groningen.

While checking the nest boxes used in his field studies, Samplonius would regularly find the results of this aggression: a dead flycatcher in a nest box occupied by great tits. ‘When a flycatcher enters a box with a great tit inside, it doesn’t stand a chance’, Samplonius explains. ‘The great tit is heavier, as the flycatchers are built for a long migration from Europe to Western Africa and back. Also, great tits have very strong claws.’ In this case, the dead flycatchers usually have fatal head wounds. ‘And it appears that the great tits then eat the brains.’

There has always been competition between the two species for nesting locations. ‘Pied flycatchers try to steal nesting facilities from the tits. They may be no match when fighting inside the nesting boxes, but they are more agile flyers’, says Samplonius. Flycatchers fly around the great tits while they are building their nests, thus driving them away.

The question that Samplonius and his Ph.D. supervisor Christiaan Both tackled in the Current Biology paper is whether climate change has any effect on this behaviour. ‘Both species need to time the birth of their young with a peak in the availability of caterpillars’, says Samplonius. This peak is linked to the appearance of the first leaves on trees, and higher average temperatures mean that this period has shifted to earlier in the year.

Great tits are non-migratory birds, and they respond to higher temperatures by laying their eggs earlier. ‘Pied flycatchers now migrate to Europe earlier, but their adaptation is not as good as that of the great tits. Their earlier arrival is not linked to the actual temperature at their breeding grounds.’ Samplonius knows this because, over a period of 10 years, he and his colleagues have recorded the arrival of pied flycatchers and the start of egg laying of both great tits and flycatchers in two national parks.

Milder winters are one result of climate change. ‘This increases the survival of great tits, so the number of breeding birds will be higher.’ More great tits mean more competition for the flycatchers – and more conflict. It should be noted, however, that climate change is not the only factor in this: mast years – years in which there are more beechnuts – also increase great tit survival.

A second reason for the increased competition is that great tits and pied flycatchers have adapted to climate change differently. The biggest problems occur in colder springs, when tits start building their nests relatively late but the flycatchers still arrive early. ‘In this situation, the overlap in breeding time is greatest, and so is the number of conflicts.’ Great tits killed up to 10% of territorial male flycatchers inside a nesting box in just two weeks of competition. As the mortality for flycatchers across the entire year is about 55%, this is quite a lot.

Interestingly, we didn’t see an effect on the overall flycatcher population of about 300 breeding pairs in our study’, remarks Samplonius. ‘We noted that the males killed were usually those who arrived late in the season. These late birds quite often don’t find a female to breed with, so that may explain why this behaviour has no impact on the population.’

Overall, the study shows that climate change affects the behaviour of both bird species, as well as the interaction between them. A group led by Christiaan Both, Professor of Ecology at the Groningen Institute for Evolutionary Life Sciences (GELIFES), will continue to study tits and flycatchers to discover if there are any long-term effects of this behaviour. Samplonius, meanwhile, has moved to the University of Edinburgh, where he is now studying blue tits. ‘I’m looking at similar questions here, along a 220-kilometer transect in Scotland. It’s really interesting to witness all these changes caused by climate change.’

A human model to test implants for cataract surgery

Both Sn and Zn single-atoms on CuO catalyst synergistically promote…