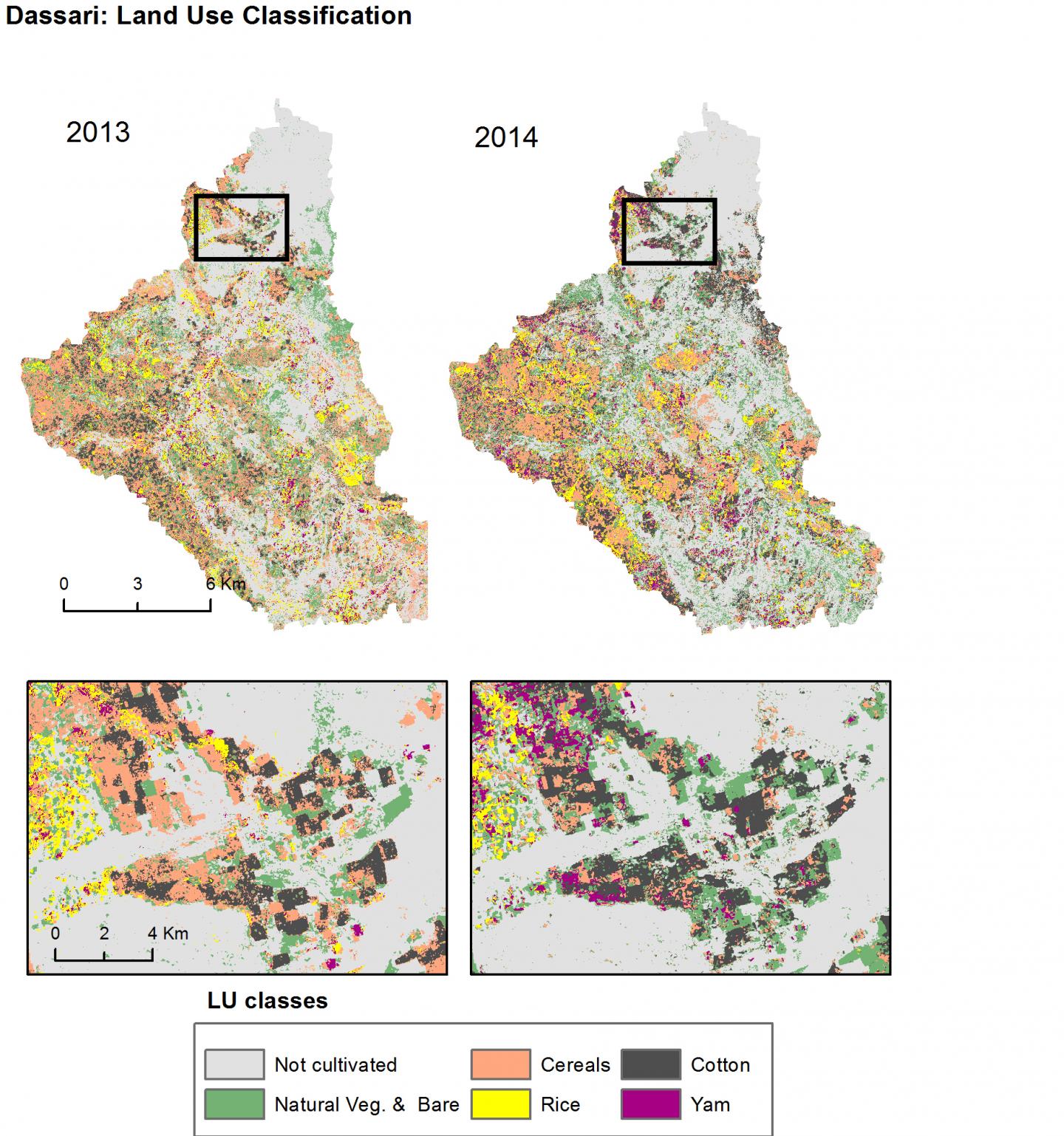 How can the impacts of climate change on agriculture in West Africa be measured and minimized? African and German research teams have examined this question over five years in the large-scale project WASCAL, with the support of the Federal Ministry of Education and Research. In the interest of sustainability, the Ministry is now also funding the successor project “WASCAL-DE Coop” in an amount of 3.7 million euros, spread out over three years.

Whereas several German institutions were involved in the first project phase, Julius-Maximilians-Universität (JMU) Würzburg in Bavaria, Germany, is now the sole partner. The JMU will use the money from the Ministry to set up eight scientific and two administrative posts for the duration of the project. Funds for student assistants have also been granted.

In addition to the project manager, Dr. Michael Thiel from the Chair of Remote Sensing, two partners from the Würzburg Institute of Geography take part in the project: Professor Barbara Sponholz (Landscape and Environmental Development) and Professor Heiko Paeth (Climate Research).

This team aims to achieve three major goals by 2022: The first is to address new research questions together with the African partners, the second to further develop the research infrastructure created in West Africa within the WASCAL project, and the third to contribute to the training of African scientists.

Which research question is being examined? Experts like Heiko Paeth assume that the region of West Africa will be among the most severely affected by the climate change. While it is true that the climate and soils in its savannas are today generally suitable for cultivating beans, millet, maize and other crop plants, climate forecasts predict for West Africa more extreme fluctuations of precipitations and severe drought periods. This is a great risk for the food supply of humans and for their subsistence.

What can be done to safeguard their livelihood in the long term? What changes are necessary in agriculture and land use? To find an answer to these questions, there is still a lot of basic research to be done.

How are the West African savannas used right now? Which areas of land are farmed, and which crops are grown where? Before the start of the WASCAL project, nobody was able to give a comprehensive, up-to-date answer to these questions. But in the meantime the first land use maps have been created from satellite data, and continuously improved. “We have created excellent maps of three small regions for several years in a row”, says Michael Thiel. Now the next goal are maps that reflect the situation of all of West Africa.

Managing the satellite data for this is a formidable challenge, which is tackled by JMU geographer Steven Hill: He is developing a data cube – a system in which large data quantities are smartly archived so that users can retrieve them quickly and easily.

The data cube will finally provide the partners in Burkina Faso with a central data processing interface and enable all West African project partners to carry out data analyses directly on site. For this purpose, the system will be installed on a local high-performance computer.

Does the climate change lead to more fires?

Steven Hill’s co-worker Mengjie Warmuth looks into a very different question: What effects do climate changes in West Africa have on fires? Will there be more fires in the savanna, and where is an increased fire risk? To answer that question, the PhD student expands the regional climate model to perform an assessment of the future potential of natural and man-made fires. For this purpose, she will introduce into the model all kinds of data, such as biomass, soil humidity, frequency of thunderstorms and population density.

Further development of the WASCAL infrastructure

When the project started in 2012, WASCAL – the “West African Science Service Center on Climate Change and Adapted Land Use” – was still pretty much up in the air as a research idea. It has by now developed into an internationally acknowledged research organization with its headquarters in Accra (Ghana) and a climate competence centre in Ouagadougou (Burkina Faso). The WASCAL network comprises research institutions from ten West African countries.

It is important now to consolidate and further develop these structures. This is the task of Dr. Sarah Schönbrodt-Stitt. “I am working with our African partners on strategies for further development”, she says. One point is to define their research strengths and sharpen their profile. Another is to identify and address open research issues.

JMU as a partner of African graduate schools

One important element of WASCAL right from the start was the training of African students and doctoral students. Michael Thiel points out that the graduate program has developed into a success story: There are six graduate schools and four master schools in nine countries. 196 persons have completed the program so far; currently 61 students are working on their PhD.

Michael Thiel and Lisa Schramm will be the future central contact persons in Germany for the graduate schools – for instance to help visiting PhD students find a place in a suitable German research institute and to provide practical support during their stay. This is important for the career of junior African scientists because international experience is highly rated in their training. “Furthermore, it allows us to bring those young people up to speed in terms of methods and technology”, says Michael Thiel.

Scienmag May 7, 2019
Credit: Jorien Vonk/Stockholm University The feedback between a warming climate and accelerated release of carbon…

Magma is the key to the moon’s makeup