Seven sequenced surveys conducted by researchers at Florida Atlantic University since October 2019 are painting a comprehensive picture of Floridians’ climate resilience attitudes during a period of particularly dynamic political, economic and environmental events. 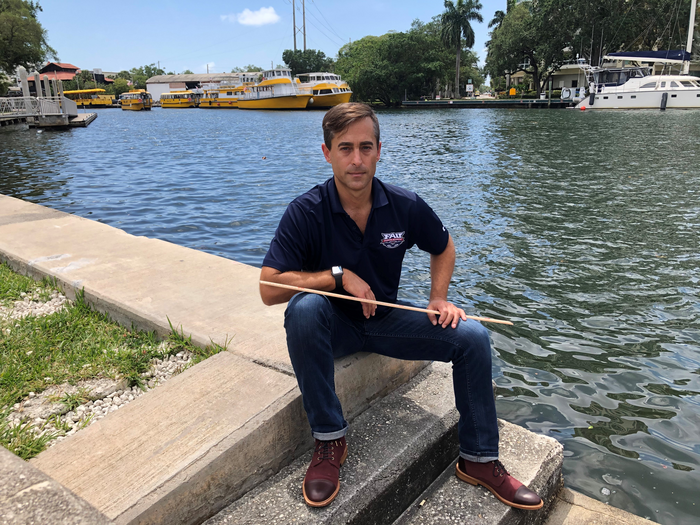 Seven sequenced surveys conducted by researchers at Florida Atlantic University since October 2019 are painting a comprehensive picture of Floridians’ climate resilience attitudes during a period of particularly dynamic political, economic and environmental events.

Climate change appears to have emerged as an abiding and cross-cutting issue that in Florida, at least, has grown in importance despite an explosive array of other events competing for public attention.

Belief in climate change among Florida adults has climbed to more than 90 percent, including 84 percent of self-identified Republicans, according to a new analysis of the seven sequenced surveys. This apparently emerging consensus may explain government actions today and in the coming years. For example, Florida’s Republican governor and legislature voted into law more than $400 million of climate-related mitigation and resilience funding in 2022. It is not clear if public opinion is leading such actions, or vice versa.

For instance, the 62 percent of Floridians (51 percent of Republicans) who today favor increasing the state’s solar energy production appear to have experienced a large increase over past surveys. Driving this spike is a noteworthy convergence of public opinion across income groups: in past FAU surveys, parsing responses to the solar energy question by income revealed a split of 10 to 20 percentage points, whereas now that range is only approximately five points.

Other important survey questions display more stability over time, but as with the solar energy question, are indicative of surprisingly widespread support. For instance, 71 percent of Floridians (57 percent of Republicans) now endorse teaching the science of climate change in K-12 classrooms, and 42 percent (40 percent of Republicans) are willing to pay an extra monthly $10 infrastructure tax to reduce climate change impacts. These Florida levels belie the strong partisan split observed elsewhere.

At the national level, for example, less than one-half of surveyed Republicans believe in climate change, and less than one-third in a human cause, according to a recent survey by the Pew Research Center. The corresponding Florida numbers observed in this survey are 58 percent and 38 percent, respectively.

“At least in Florida, climate change may no longer be an effective wedge campaign issue for the upcoming November elections, and beyond,” said Colin Polsky, Ph.D., a professor and director of the Center for Environmental Studies, FAU Charles E. Schmidt College of Science.

During the period of the seven surveys, public opinion about climate change was likely shaped by the Trump Administration’s 2017 decision to withdraw the United States from the United Nations 2015 Paris Climate Accord. Similarly, the public importance of climate change was likely diminished in response to the sudden 2020 society-wide upheaval linked with the COVID-19 pandemic and economic crises.

“More recently, climate change has been in the public spotlight this year more than perhaps ever before,” said Polsky. “Since the February Russian invasion of Ukraine, officials worldwide have been struggling to supply energy markets without breaking their commitments to reduce fossil fuel consumption.”

The U.S. Congress in August passed the largest-ever national bill (the Inflation Reduction Act) to incentivize actions to combat climate change. In late September, virtually all of Florida’s 20 million residents had to prepare for a fast-developing, and ultimately devastating, Hurricane Ian that eventually made landfall as almost a Category 5 storm. Hurricane Ian could be Florida’s costliest storm ever with an estimated $47 billion in insured losses, according to CoreLogic.

“Florida may be the first domino to fall of Republican-led states taking robust climate actions despite the national party’s distancing of themselves from the climate issue,” said Polsky. “Inspection of the upcoming November elections and exit polls, and beyond, will test this hypothesis, both in Florida and at the national level.”

The survey was conducted in English from Sept. 1-7, 2022. The sample consisted of 1,400 Floridians, ages 18 and older, with a margin of error of +/- 2.62 percent. The data was collected using an online panel provided by GreatBlue Research. Responses for the entire sample were weighted to adjust for age, race, income, education and gender according to 2020 U.S. Bureau of the Census data. It is important to remember that subsets carry with them higher margins of error, as the sample size is reduced.