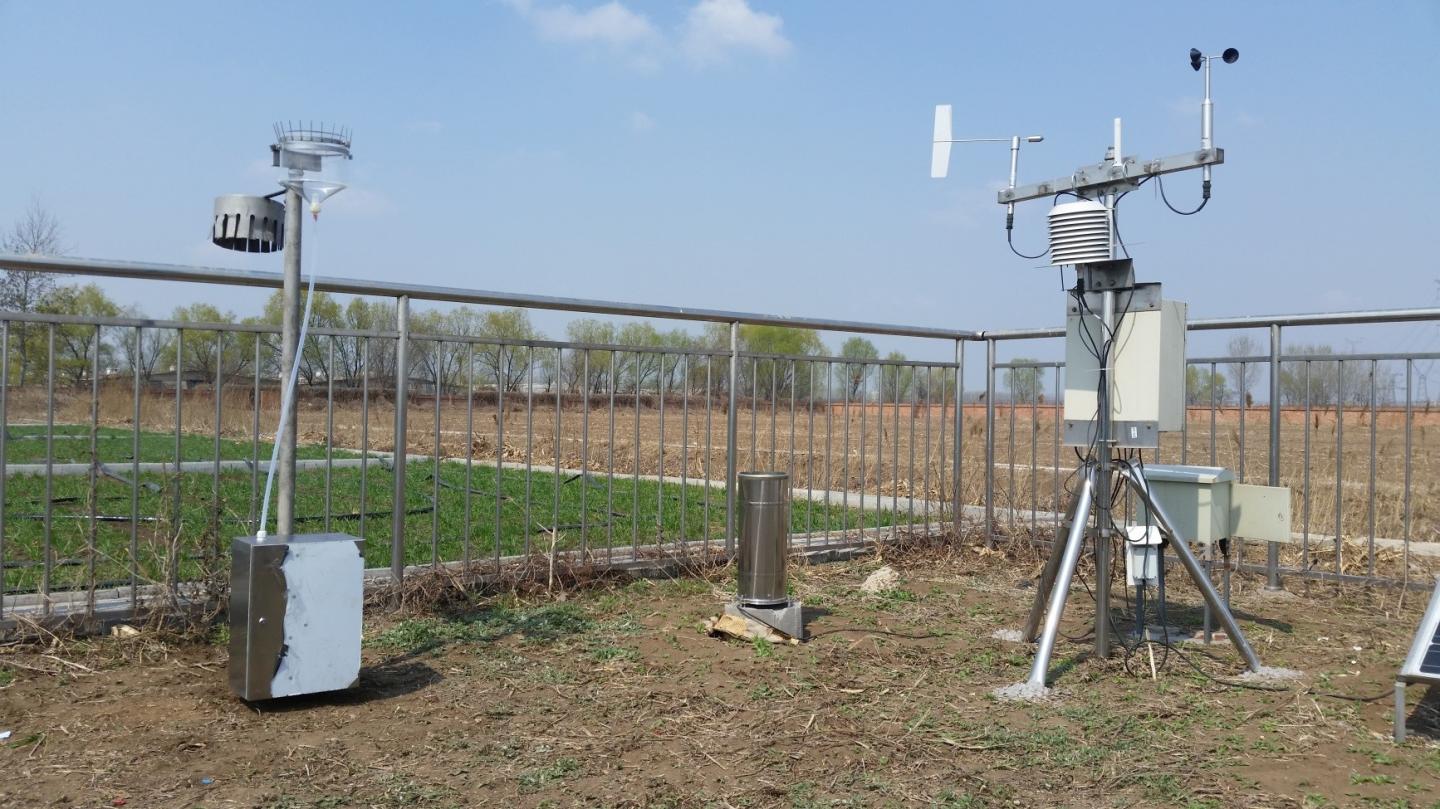 Removal of pollutants from the air, or atmospheric deposition, is a natural cleaning mechanism. However, the removed toxic matters don’t just disappear on the Earth. China’s Soil Pollution Survey released in 2014 shows that 19.4% of the Chinese farmland soil was polluted and 82% of pollutant was toxic heavy metals such as cadmium, which can cause chronic health problems.

Atmospheric deposition is an important source of these heavy metals in the soil but it tends to be neglected. Unlike sources from irrigation water, sewage sludge, fertilizers and livestock manures, atmospheric deposition can’t easily be perceived. And the paucity of measurements also makes it difficult to track what happens to heavy metals when they fall from the air to the soil.

Earlier in 2013, a series of control measures was launched to improve air quality in China. As a consequence, the concentrations of fine particles and sulfate aerosols were reduced significantly during 2013 to 2017.

Dr. Yuepeng Pan with the Institute of Atmospheric Physics at the Chinese Academy of Sciences was a researcher dedicated to tracking atmospheric processing and deposition of air pollutants and their impacts on ecosystem. He was greatly encouraged by the positive effect of the Clean Air Act and meanwhile he wondered, “Will the Clean Air Act also affect the atmospheric deposition? If yes, what implication can we get?”

In a recent study published in Atmosphere, Dr. Pan and his group tracked the atmospheric depositions of heavy metals at an agricultural site of rural Beijing. They found that the deposition flux of heavy metals that exist entirely in fine particles declined significantly compared to those that exist in coarse particulate form, indicating that the Clean Air Act implemented in recent years were highly effective, with beneficial “side effect” in reducing ambient heavy metals from anthropogenic emissions.

“This beneficial side effect of Clear Air Act is totally unintended, but from this we can learn that to further reduce the airborne heavy metals in the North China Plain, future control measures should pay more attention to soil/dust, biomass burning, coal combustion and industrial emissions,” Pan suggested, “because these sources contributed to ~90% of chemical components in atmospheric depositions. ”