LOS ANGELES — Researchers at City of Hope, one of the largest cancer research and treatment organizations in the United States, have data pointing to the limitations of Signatera, a popular liquid biopsy or blood draw test that is used to detect the recurrence of colorectal cancer in patients who have had their disease surgically removed. The study was published today in JAMA Open Network. 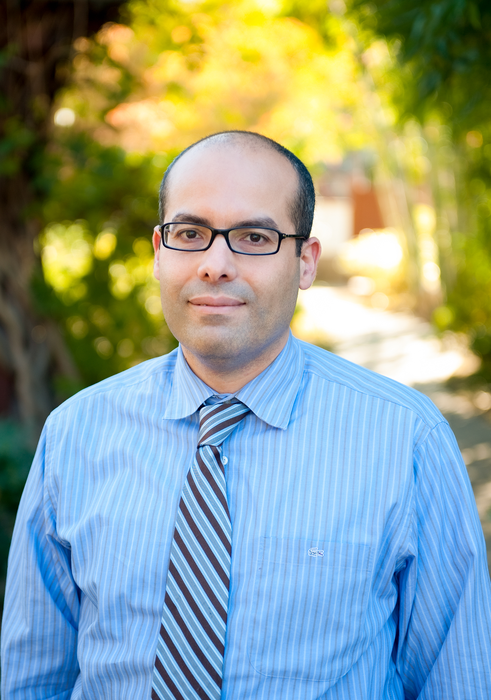 LOS ANGELES — Researchers at City of Hope, one of the largest cancer research and treatment organizations in the United States, have data pointing to the limitations of Signatera, a popular liquid biopsy or blood draw test that is used to detect the recurrence of colorectal cancer in patients who have had their disease surgically removed. The study was published today in JAMA Open Network.

“A liquid biopsy measuring circulating tumor DNA is a novel way to test for residual disease in patients who have recently received curative resection for colon cancer. Identifying early disease recurrence is important as it may allow for potential curative interventions,” said Marwan Fakih, M.D., co-director of City of Hope’s Gastrointestinal Cancer Program and lead author of the new study.

City of Hope researchers evaluated 48 study participants who had had their colorectal cancer resected. The scientists sought to identify which technique might be superior in identifying residual disease and early cancer recurrence by comparing the use of Signatera’s circulating tumor DNA (ctDNA) analysis, which is often used to screen for colorectal cancer, to the standard-of-care recommended by the National Comprehensive Cancer Network (NCCN): X-rays via computed tomography (CT) scan and a carcinoembryonic antigen (CEA) test, which measures a tumor marker via a blood draw.

“Imaging remains the most important surveillance assay in the follow-up of resected colorectal cancers. Clinicians should continue to abide by NCCN guidelines. For those who decide to implement ctDNA into their surveillance algorithm, they should be aware of the limitations associated with this assay,” Fakih said, referencing current clinical trials elsewhere where clinicians are de-intensifying chemotherapy based on a negative ctDNA test by Signatera.

It may be premature to base treatment decisions solely on ctDNA results “given the limitations of Singatera sensitivity,” said Fakih, the Judy & Bernard Briskin Distinguished Director of Clinical Research and a professor in City of Hope’s Department of Medical Oncology & Therapeutics Research.

Fakih added that using liquid biopsies to identify disease recurrence is an attractive, noninvasive option. Liquid biopsy is convenient and, unlike CT, does not expose patients to low doses of radiation. However, scientists are still working to develop a reliable and sensitive liquid biopsy to detect colorectal cancer recurrence. Nevertheless, there is promise.

“ctDNA was able to identify several recurrences in the liver and lymph nodes ahead of imaging,” Fakih said. “For now, ctDNA can be considered, if any at all, as a complement to the standard approach recommended by the NCCN, but one must be cognizant of its limitations.”

About City of Hope
City of Hope’s mission is to deliver the cures of tomorrow to the people who need them today. Founded in 1913, City of Hope has grown into one the largest cancer research and treatment organizations in the U.S. and one of the leading research centers for diabetes and other life-threatening illnesses. As an independent, National Cancer Institute-designated comprehensive cancer center, City of Hope brings a uniquely integrated model to patients spanning cancer care, research and development, academics and training, and innovation initiatives. Research and technology developed at City of Hope has been the basis for numerous breakthrough cancer medicines, as well as human synthetic insulin and monoclonal antibodies. A leader in bone marrow transplantation and immunotherapy, such as CAR T cell therapy, City of Hope’s personalized treatment protocols help advance cancer care throughout the world.

With a goal of expanding access to the latest discoveries and leading-edge care to more patients, families and communities, City of Hope’s growing national system includes its main Los Angeles campus, a network of clinical care locations across Southern California, a new cancer center in Orange County, California, scheduled to open in 2022, and Cancer Treatment Centers of America. City of Hope’s affiliated family of organizations includes Translational Genomics Research Institute and AccessHopeTM. For more information about City of Hope, follow us on Facebook, Twitter, YouTube, Instagram and LinkedIn.