Brown dwarfs traversing space together, but separated by billions of miles, puzzle scientists 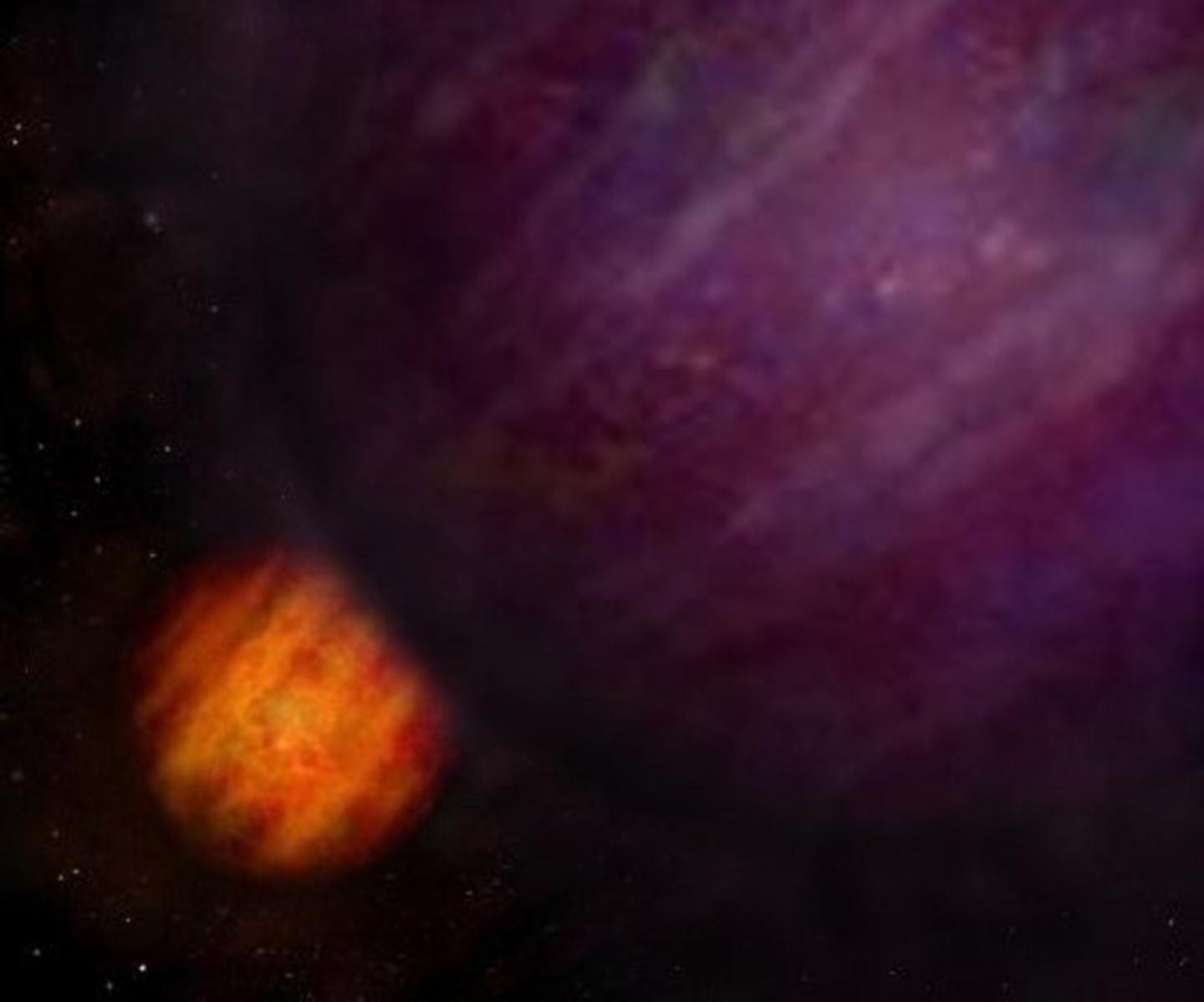 Citizen scientists have uncovered a bizarre pairing of two brown dwarfs, objects much smaller than the Sun that lack enough mass for nuclear fusion. The discovery, reported in The Astrophysical Journal and confirmed by a scientific team led by astrophysicist Jackie Faherty at the American Museum of Natural History, shows that brown dwarf systems–the formation of which are still poorly understood–can be very low mass and extremely far apart yet inexorably linked.

“Astronomers would conclude that brown dwarfs separated by billions of miles would dissolve as they moved through the galaxy over time,” said Faherty, a senior scientist in the Museum’s Department of Astrophysics and a co-founder of the citizen science project Backyard Worlds: Planet 9, which led to the new discovery. “But we’ve found one that is still very much together.”

The Backyard Worlds project lets anyone with a computer and an internet connection flip through images taken by NASA’s Wide Field Infrared Survey Explorer (WISE) spacecraft and help astronomers identify new worlds beyond our solar system. If an object is close enough to Earth, it will appear to “jump” when multiple images taken of the same spot in the sky a few years apart are compared. The goal for Backyard Worlds volunteers–of which there are more than 50,000–is to flag the moving objects they see in these digital flipbooks for further investigation by the science team. So far, volunteers have reviewed more than 4 million flipbooks.

In June 2018, citizen scientists flipping through the Backyard Worlds images noticed an unusual pairing: one object that appeared faint but moved fast–the telltale sign of a new brown dwarf–and another brighter object moving nearby and at the same rate. The Backyard Worlds science team was alerted and became immediately excited about this rare cosmic sighting.

Brown dwarfs, sometimes called “failed stars,” are spread throughout the Milky Way. They lack enough mass to sustain stable nuclear fusion but they are hot enough to glow brightest in the infrared range of the light spectrum. While stars and brown dwarfs can be found in pairs or larger groupings, finding a pair with low total mass and at a very large separation from each other is not common.

In December 2018, members of the Backyard Worlds science team used the Baade Magellan telescope in Chile outfitted with the FIRE spectrograph to confirm that the fainter source is indeed a member of one of the coldest classes of brown dwarfs: a T8. The brighter object was also confirmed as a low-temperature object: an L1. In addition, they learned that the L1 was previously observed with the European Space Agency’s Gaia telescope and found to be just 78 light years from the Sun.

The researchers used the distance calculated by Gaia to precisely measure the brightness of each source and extract mass estimates. They found that the T8 object has about 34 times the mass of Jupiter, and the L1 has about 72 times the mass of Jupiter. They are separated by 341 astronomical units (1 astronomical unit is roughly the distance between the Sun and the Earth, about 93 million miles). The system is estimated to be a few billion years old.

“While there are a handful of young pairings that rival this mass and separation, there is no known older system that rivals it, which raises the question: how and why did this cosmic pair survive?” said Marc Kuchner, an astrophysicist and citizen science officer for NASA’s Science Mission Directorate.

“This is an excellent example of citizen scientists on the case,” Faherty said. “We are still searching for clues as to how brown dwarfs form and this system is a provocative instance of what is possible at the extremes of survivability in the Milky Way.”

The Backyard Worlds project was developed by scientists at NASA, Arizona State University, the University of California Berkeley, the science crowdsourcing site Zooniverse, and the American Museum of Natural History.

The American Museum of Natural History, founded in 1869 and currently celebrating its 150th anniversary, is one of the world’s preeminent scientific, educational, and cultural institutions. The Museum encompasses 45 permanent exhibition halls, including those in the Rose Center for Earth and Space and the Hayden Planetarium, as well as galleries for temporary exhibitions. It is home to the Theodore Roosevelt Memorial, New York State’s official memorial to its 33rd governor and the nation’s 26th president, and a tribute to Roosevelt’s enduring legacy of conservation. The Museum’s five active research divisions and three cross-disciplinary centers support approximately 200 scientists, whose work draws on a world-class permanent collection of more than 34 million specimens and artifacts, as well as on specialized collections for frozen tissue and genomic and astrophysical data and on one of the largest natural history libraries in the world. Through its Richard Gilder Graduate School, it is the only American museum authorized to grant the Ph.D. degree and also to grant the Master of Arts in Teaching degree. Annual visitation has grown to approximately 5 million, and the Museum’s exhibitions and Space Shows are seen by millions more in venues on six continents. The Museum’s website, mobile apps, and massive open online courses (MOOCs) extend its scientific research and collections, exhibitions, and educational programs to additional audiences around the globe. Visit amnh.org for more information.