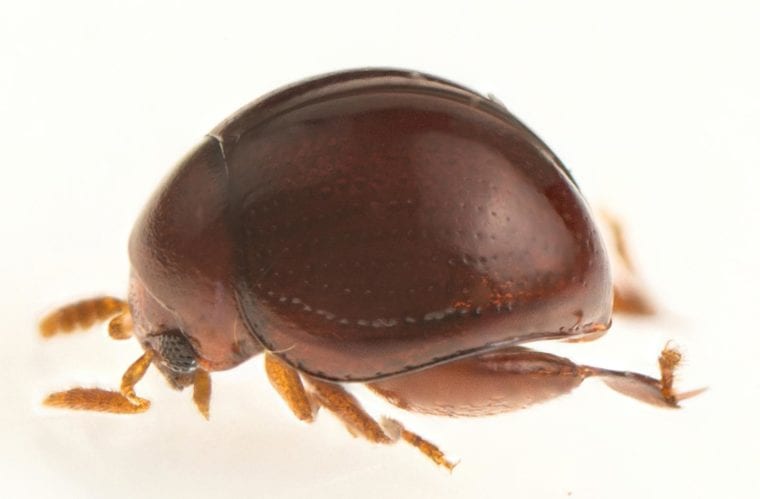 How many citizen scientists does it take to discover a new species? A recent expedition to the Ulu Temburong forest in Borneo proved that you only need 10 enthusiasts with no professional training, yet fueled with curiosity and passion for the outdoors, to find a new beetle the size of a pinhead in leaf litter.

The species, named Clavicornaltica belalongensis, is a tiny, 1.25-mm-long leaf beetle that eats moss on the forest floor. Published in the open-access Biodiversity Data Journal, it is the latest discovery from Taxon Expeditions, an initiative that organises scientific field trips to remote and biodiverse locations for teams of scientists and laypeople.

Unlike other science/adventure trips, Taxon Expeditions gives a unique opportunity for laypeople, or citizen scientists, to describe and publish new species of animals and focus on the thousands of ‘little things that run the world’. Thanks to the initiative, they learn about tropical biology techniques while participating in the process of taxonomy and the study of hidden biodiversity.

The new beetle, for example, is one of hundreds of thousands of tiny beetle species that inhabit the leaf litter of tropical forests and have remained unknown and scientifically unnamed up to our days.

In a YouTube video, Simon Berenyi, who joined the expedition along with his 14-year-old son, says: ‘I had no idea how special this would be; you become a student again – you become a child again.’

Entomologist and founder of Taxon Expeditions, Dr. Iva Njunjic explains: ‘We introduce the general public to all these tiny, beautiful, and completely unknown animals, and show them that there is a whole world still to be discovered.’

Last year, another survey in Borneo organised by Taxon Expeditions ended up with the description of a new water beetle species (Grouvellinus leonardodicaprioi). Named after famous Hollywood actor and environmentalist Leonardo DiCaprio. The discovery raised a real furore on the public scene, culminating in the new insect making an appearance on the profile image of the celebrity’s facebook page.

Founded in 2017 and based in Leiden, The Netherlands, Taxon Expeditions is an organisation which focuses on education and biodiversity discovery.

Field courses organised by Taxon Expeditions take place at remote and under-researched biodiversity hotspots, and begin with several days of coursework at a field centre, where citizen scientists are trained by taxonomic experts in field and lab methodologies for species discovery and identification. Usually, during the subsequent fieldwork, species new to science are indeed discovered. These are then described by the participants under the guidance of the instructors, using locally available techniques and equipment. By the end of the programme, the type specimens are stored in a local collection, and a fully edited and publishable manuscript is produced.

Salmon populations may adapt their eggs to survive in degraded rivers

Improving health outcomes with a little help from our friends —…

Analysis: World’s protected areas safeguard only a fraction of…