Kyoto, Japan — KyotoU researchers have discovered a physical phenomenon that previously was only observed in human males. 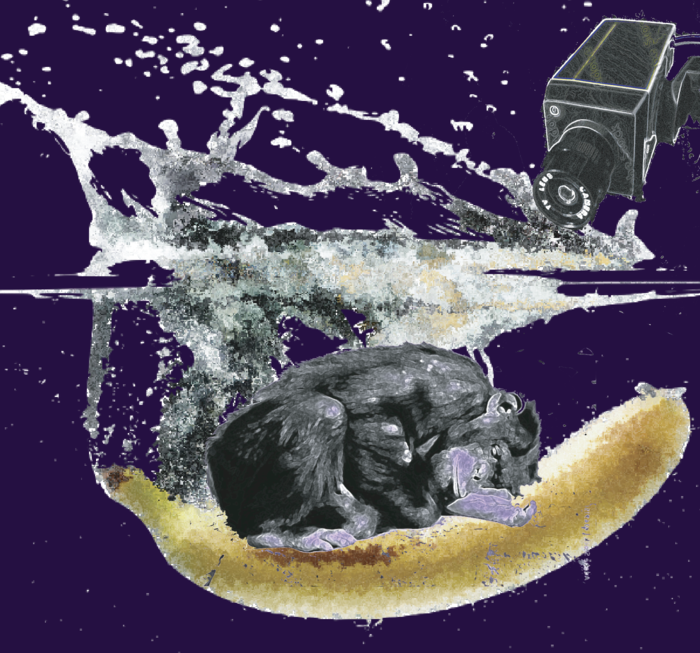 Kyoto, Japan — KyotoU researchers have discovered a physical phenomenon that previously was only observed in human males.

We now learn that chimpanzees are among the league of early risers. Researchers recording and analyzing the sleep patterns of captive male chimpanzees using infrared cameras noticed that some males were frequently experiencing nocturnal erections.

“Until now, spontaneous nocturnal penile tumescence, or NPT, had not been recorded in any primates. We had only assumed its occurrence,” says lead author Kristin Havercamp.

The researchers also recorded — perhaps for the first time — one possible case of spontaneous ejaculation in the form of a ‘wet dream’.

As to the cause of NPT, the authors posit that this physiological function may maintain sexual health, either optimizing ejaculate quality or increasing oxygenation in genital tissue, thus preventing erectile dysfunction.