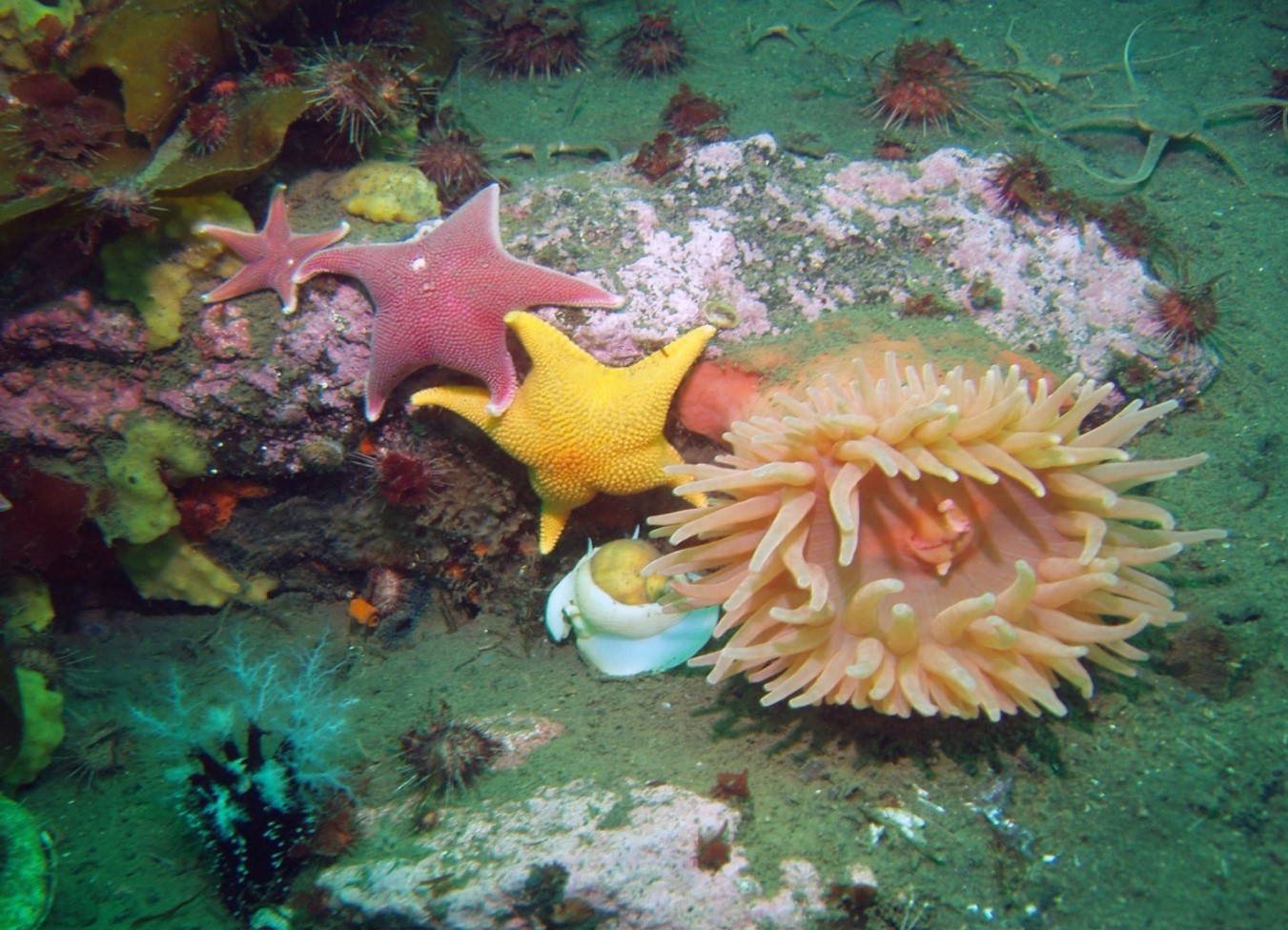 Long-lived sponges, intestine-like worms, colonies of sea squirts and many other cold-loving animals populate the seafloor around Antarctica. But the arrival of outsiders — borne in ships’ ballast water, on plastic refuse or on floating kelp, or encouraged by warming temperature — threaten this menagerie.

Like their northern counterparts, benthic organisms in Antarctica make chemical compounds to defend themselves from local predators. Conxita Avila, an MBL Whitman Fellow from the University of Barcelona, wondered if these defenses might be enough to repel foreign invaders.

In a Marine Drugs paper she completed during her tenure at the MBL last summer, Avila and her colleagues put the chemical defenses of 29 Antarctic species to the test. To stand in for hungry alien species, the team used two types of predators collected from the Mediterranean: relatives of shrimp known as amphipods and hermit crabs.

The results, while not entirely negative, do not bode well. Most of the Antarctic compounds could repel the amphipods, but very few deterred the hermit crabs. These shelled crabs have diets similar to those of the larger king crabs that scientists know are encroaching on these communities from deeper waters.

“The Antarctic seafloor ecosystem is in danger for many reasons, and this is just one more,” Avila says. “If the king crabs come up, they are going to decimate these animals’ populations and completely change these communities.”

Challenges and Opportunities at the Antarctic Seafloor

Despite the cold, Antarctica’s large continental shelf is home to a diverse array of creatures, including sponges and branching moss animals that create a forest-like environment. Scientists know much less about the inhabitants of these communities, and the compounds they make, than about the marine animal forests further north. But, like chemical compounds from warmer waters, the products made by Antarctic animals have biological activity that can potentially provide the basis for therapeutic drugs.

For their experiments, the researchers extracted the Antarctic species’ defensive compounds and incorporated them into food for the amphipods and hermit crabs. These compounds were effective against the amphipods, for the most part, perhaps because cold-water amphipods already inhabit this ecosystem, Avila says. Crabs, however, are recent invaders to Antarctic shallow communities, and only extracts from two animals deterred the Mediterranean hermits.

Because hermits and many other crabs, most notably the invading kings, have similar diets and systems for detecting food, this result suggests many Antarctic animals would be vulnerable should these crustaceans become established in this new territory.

For Avila, this predation study is a piece of a much larger picture. Through the University of Barcelona’s Challenge project, which she leads, Avila is investigating natural and human-caused changes to the Antarctic seafloor, including to its biodiversity and to the chemical interactions between its marine organisms.

Long-Term Ecological Research at the MBL

Avila’s interest in ecology is tied to her long-running relationship with MBL. The latter goes back to 1988 when, after graduating from college, she took a summer ecology course in Woods Hole. Later, she returned to MBL as a postdoctoral scientist.

Ultimately, she aims to conduct long-term research on the Antarctic seafloor akin to that led by MBL Ecosystem Center scientists in the Arctic and at Plum Island in Massachusetts. Similar long-term research stations have been established on the southernmost continent, but so far none focus on the seafloor.

MBL has “a long, long history of very good work done in ecosystems,” Avila says. As a Whitman fellow, she took advantage of this expertise to learn about monitoring and studying these ecosystems. In addition, the fellowship gave her the time and space to reflect on her current projects.

If we lose these Antarctic communities, we lose many animals — and potentially useful molecules — that we don’t even know about yet, she says, noting that such a disappearance would affect the rest of the natural world.

“Everything is related,” Avila says. “If you make a hole in a spider web, the whole thing just breaks.”