Dr. Ana C. Alba-Rubio is creating a dual-function material that could be placed at the top of industrial smokestacks to capture and transform carbon dioxide into a useful product on site to produce electricity and power the factory 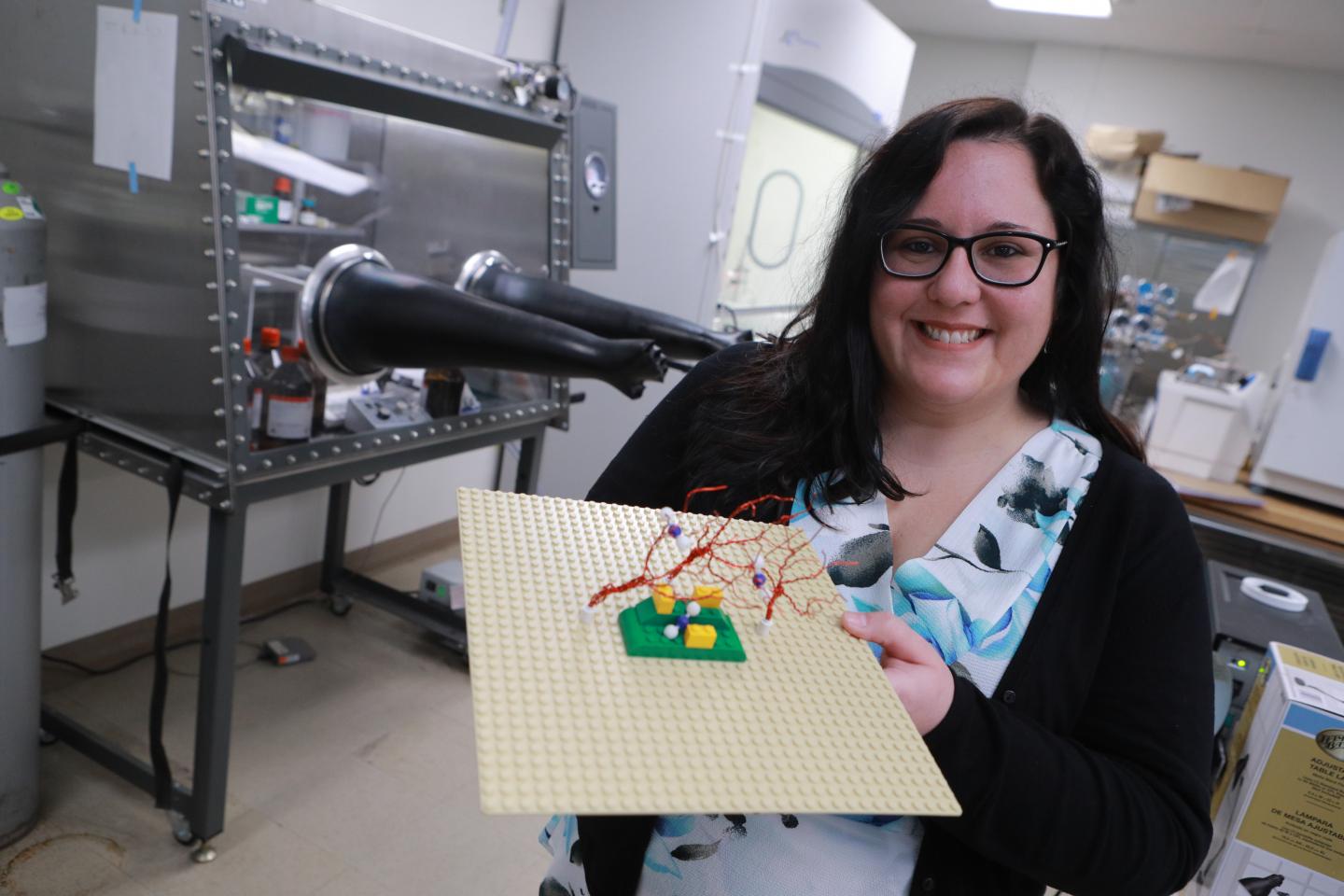 Since she was a little girl growing up in Málaga, Spain, Dr. Ana C. Alba-Rubio brainstormed ways to motivate those around her to protect the planet.

“When I was 12 years old, I heard a neighboring community obtained a recycle bin,” Alba-Rubio said. “I talked with my teacher and organized our own paper collection system. My friends and I hauled that garbage from school to the other neighborhood once a week to recycle.”

Now an assistant professor of chemical engineering at The University of Toledo, she is pioneering a new method for factories to approach environmental stewardship and fight pollution with help from a five-year, $558,795 grant from the National Science Foundation.

The Faculty Early Career Development award, known as CAREER, is one of the most prestigious awards in support of junior faculty who exemplify the role of teacher-scholars through the integration of research and education.

Alba-Rubio is creating a dual-function material, which acts as an absorber and a catalyst, that could be placed at the top of industrial smokestacks as an alternative to current processes of capturing and sequestering carbon dioxide. The material would capture carbon dioxide and convert it into methanol and higher alcohols that could be fed into a fuel cell to produce electricity to power the plant.

Alba-Rubio’s method would eliminate the energy requirement, corrosion and transportation issues associated with the processes currently used. Instead, the new material would transform carbon dioxide into a useful product on site.

“We must do as much as we can to reduce our carbon footprint and mitigate climate change,” Alba-Rubio said. “Converting carbon dioxide into something useful could be a great economic benefit for the industry while reducing emissions.”

World carbon dioxide emissions have increased 55 percent in the last 20 years, according to the Global Carbon Project, including 2.7 percent from 2017 to 2018, the largest jump in seven years.

As part of the grant-funded research, Alba-Rubio plans to engage students from elementary school to high school in her activities to expose them to chemical reactions and catalysis, as well as raise awareness of the effects of carbon dioxide on global warming.

“As a Hispanic woman, I have a strong interest in increasing the participation of underrepresented groups in science, and I will continue providing hands-on experiences to migrant students in Ohio’s rural communities and other underrepresented students through the programs that The University of Toledo offers to Toledo Public Schools,” Alba-Rubio said.

She is especially passionate about serving as a role model to encourage girls to pursue careers in science. Alba-Rubio is gathering support from other successful women across northwest Ohio in the fields of science, technology, engineering and mathematics to create a coloring book titled “Women Scientists Near You” to distribute to elementary schools throughout the region.

“The coloring book will feature stories of each of us to inspire girls to envision themselves on a similar path to success,” Alba-Rubio said. “Each ‘character’ in the book will visit schools to share her experiences and do experiments. The goal is to catch their curiosity and build their confidence. Becoming a scientist is within their reach. It’s an exciting career that can help change lives and create a better world.”

Gearing up for 5G: A miniature, low-cost transceiver for fast, reliable communications

APS tip sheet: The new fate of the kaon