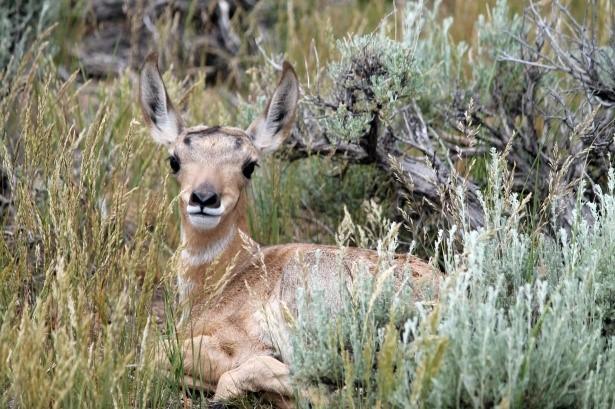 A new scientific book, commissioned by the British Ecological Society and published by Cambridge University Press, provides the first comprehensive and rigorous review of the rewilding concept. It was a topic of controversy more than a decade ago when a handful of audacious conservationists advocated for the introduction of surrogates for extinct megafauna (big charismatic mammals like elephants, lions, and cheetahs) to North America to recreate Ice Age ecosystems. Not surprisingly, that particular idea had few takers but the rewilding concept is rapidly attracting new interest, especially in Europe. There, abandoned agricultural lands offer new opportunities to weave some wildness into human-dominated landscapes. The notion is appealing: self-regulating and self-sustaining ecosystems that provide services of benefit to humanity, with species that are already adapted to a new climate. Internationally recognized scientists from the Zoological Society of London (ZSL) and Utah State University (USU) have edited this new and definitive volume, titled Rewilding. It investigates how rewilding could prove beneficial to wildlife and human coexistence on all continents.

Johan du Toit from the Wildland Resources Department in the College of Natural Resources, and co-editor of the book, notes: “Rewilding currently means different things to different people, but the book clarifies it as the process of reorganising, retooling, or regenerating wildness in a degraded ecosystem. That is not the same as restoring an ecosystem to its former condition, which is an increasingly challenging and tenuous goal under the rapidly-changing conditions of our human-influenced planet. Rewilding is an adaptive and pragmatic approach for regaining and maintaining the provision of ecosystem services, which are essential for humanity.”

Rewilding is not without its critics and ZSL’s Nathalie Pettorelli acknowledges that when she says: “As tense as the current debate may appear, whoever is concerned with the conservation of nature cannot afford to ignore discussions on rewilding and miss potential opportunities to improve biodiversity levels.” The peer-reviewed book includes contributions from an international list of leading ecologists and social scientists who critically examine definitions and approaches to rewilding, highlighting similarities and differences between methods and discussing how they work in practice. According to Pettorelli, “Rewilding has the potential to deliver a progressive and resilient approach to wildlife management, connecting people with, rather than separating them from, nature. It directly feeds into discussions relating to coexistence, societal values and tolerance for wildlife, and inviting nature right back to our doorstep.” The book describes how rewilding will require consensus building and understanding of different opinions to foster human-wildlife coexistence.

Tumor vs. immune system: A battle to decide the host’s fate

Computational model of a human kinase may provide insights for cancer…