Study results could lead to more effective treatment options for GIST patients, which are currently limited 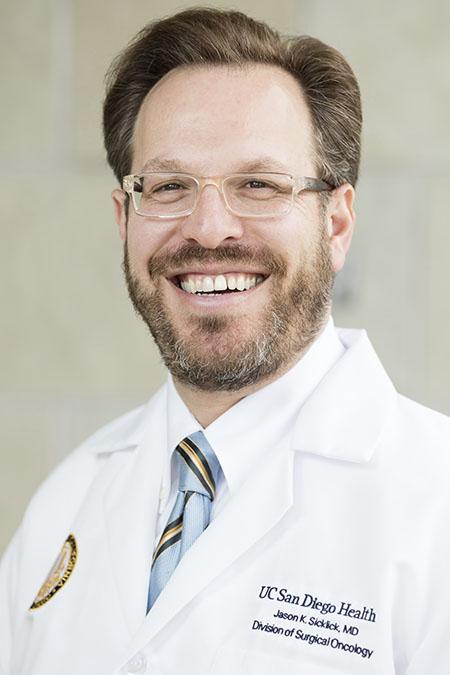 Gastrointestinal stromal tumors (GISTs) are a subytpe of cancers known as sarcomas. GIST is the most common type of sarcoma with approximately 5,000 to 6,000 new patient cases annually in the United States. GIST cannot be cured by drugs alone, and targeted therapies are only modestly effective, with a high rate of drug resistance. In a recent study, researchers at University of California San Diego School of Medicine and Moores Cancer Center identified new therapeutic targets that could lead to new treatment options for patients.

The study, published in the February 18, 2021 online edition of Oncogene, found that specific cell-to-cell communication influences GIST biology and is strongly associated with cancer progression and metastasis.

The researchers discovered that certain GIST cancer-associated fibroblasts (CAFs), a cell population within GIST tumors, can communicate with GIST cells. This crosstalk between CAFs and GIST cells results in more aggressive tumor biology.

“By examining the tumor microenvironment of GIST, we were able to look at a previously unrecognized cellular target for GIST therapy that could result in improved disease control and cure rates. It’s a paradigm shift for the field,” said senior author Jason Sicklick, MD, professor of surgery at UC San Diego School of Medicine and surgical oncologist at Moores Cancer Center at UC San Diego Health.

Currently, single drug therapies are used in the management of GIST. These therapies target the KIT and PDGFRA gene mutations — signal receivers on GIST cells that drive cancer growth.

Approximately half of patients with metastatic GIST will develop drug resistance within 20 months of starting first-line therapy. Once the first line of treatment for GIST loses effectiveness, response rates to subsequent therapies also dramatically decline. Thus, said the authors, combination therapies against multiple cellular targets, such as CAFs, could be more effective, especially before the disease has metastasized.

GISTs develop from nerve cells in the wall of the gastrointestinal tract and can occur anywhere from the esophagus to the rectum. These tumors most commonly occur without telltale symptoms, such as feeling full sooner than normal after eating or abdominal pain. Occasionally, symptoms include gastrointestinal bleeding or signs of intestinal obstruction. GIST cases most often develop and are diagnosed in persons age 50 and older.

The researchers said next steps include investigating synergistic drug combinations for CAF-targeted therapies.

“We have to start thinking outside of the box. We’ve been using bigger and bigger hammers to hit the same target and not seeing different results,” said Sicklick. “We need to start hitting a different target. Our study results could be the first insights into a new approach.”