COVID-19 and monkeypox grab modern day headlines, but gonorrhea is an ongoing scourge that has covered centuries. 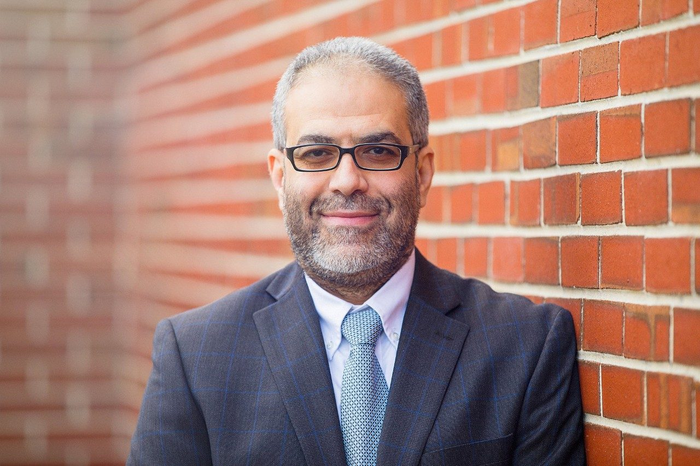 COVID-19 and monkeypox grab modern day headlines, but gonorrhea is an ongoing scourge that has covered centuries.

There is no vaccine for gonorrhea, a sexually transmitted disease contracted by an estimated 100 million people each year worldwide, and, increasingly, the Neisseria gonorrhoeae bacterium is resistant to existing antibiotics.

“For the past 20 years, there has been no new antibiotic discovered for gonorrhea,” said Mohamed Seleem, director of the Center for One Health Research at Virginia Tech. And, as Seleem said, even if a new effective antibiotic were found at this moment in the lab, it would likely be the late 2030s before it got on the market.

But there can be more than one way to attack a bacterium.

Seleem, the Tyler J. and Frances F. Young Endowed Chair in Bacteriology at the Virginia-Maryland College of Veterinary Medicine, and Dan Flaherty, associate professor of medicinal chemistry and molecular pharmacology at Purdue University, are the principal faculty for a $3 million grant awarded by the National Institutes of Health (NIH) for ongoing studies on how to repurpose existing drugs to fight Neisseria gonorrhoeae.

The Center for One Health Research’s portion of the grant is $1.9 million. The center is a collaboration between the veterinary college and the Edward Via College of Osteopathic Medicine and follows the philosophy that animal health, human health, and the environment are closely linked, encouraging professionals in these fields to collaborate to improve overall health.

By repurposing existing drugs, there is the hope of getting new drugs that can fight gonorrhea on the market much more quickly than the 15 years that often exists between lab discovery of a new antibiotic and a marketable product.

Specifically, Seleem’s group, including postdoctoral researchers Nader Abutaleb and Ahmed Elhassannyhas, found some diuretics, such as acetazolamide, are promising in the fight against gonorrhea.

These diuretics – drugs that help reduce excess water and salt content in the body often used to treat high blood pressure – can target bacterial carbonic anhydrase enzyme, interfering with carbon dioxide and the balance between acids and bases for the organism.

And this process may have application to other types of bacterial diseases.

“Apparently bacteria cannot live without this enzyme and cannot form resistance against these drugs,” Seleem said. “So we are trying now to pursue this enzyme in other bacteria to see if we can make new antibiotics.

“Also the drugs we use, the parent drug, they are diuretics. They are very safe, people can take them up to 1 gram every day. So we’re using the parent drug that’s already been approved and used in the market for 30, 40, or 50 years.”

Carbonic anhydrase inhibitors already are used in the treatment of glaucoma and epilepsy, among other diseases.

Stronger drugs than the current form of the diuretics are needed, however.

“The Purdue chemists [Flaherty] looked at the target – that’s where cooperation happens,” said Seleem, who was at Purdue himself before coming to Virginia Tech. “The chemist says, ‘I can make a more potent drug than the original one.’”

Seleem said Flaherty had developed 20 analogs, or modified drug molecules with similarities to the original compound, that were up to 20 times more potent than the original drug.

“NIH gave us the money to make more potent, stronger analogs based on the parent drug,” Seleem said. “What we find could not only be used to kill Neisseria, but also lead to a new drug that we could modify and improve to use to kill other bacteria as well.”

Beyond the obvious effects of COVID-19 itself, the pandemic has intensified the rise of antibiotic-resistant bacteria.

“Mortality and infection happened not just because of the COVID, but because of people in hospitals getting secondary infections,” Seleem said. “So COVID contributed a lot to antibiotic resistance, people went to the hospital, stayed in the hospital for a long time, got treated for something, not COVID, but COVID-related.”

In an era of “superbugs” such as strains of Neisseria gonorrhoeae resistant to antibiotics, the stakes are incomprehensibly high if new antibiotics and new ways of fighting disease-causing microbes are not found.

“We would go back to the pre-antibiotic era, which is, people are basically going to die from simple things, cuts, wounds, you can’t do simple things like routine surgery,”  Seleem said. “So if we can’t really find new antibiotics, it’s just going to become a major issue people cannot realize.”