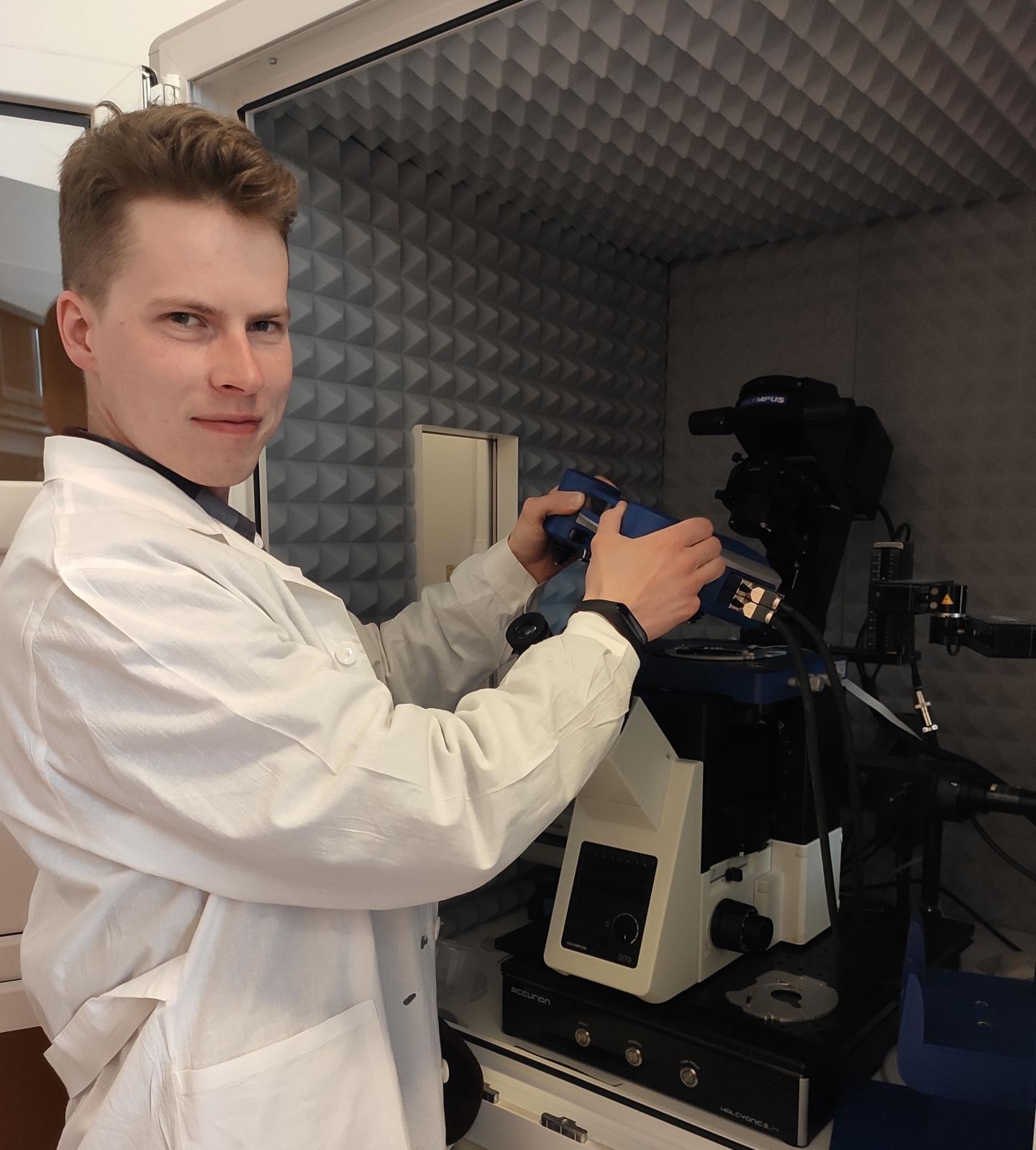 Malignant tumour cells undergo mechanical deformation more easily than normal cells, allowing them to migrate throughout the body. The mechanical properties of prostate cancer cells treated with the most commonly used anti-cancer drugs have been investigated at the Institute of Nuclear Physics of the Polish Academy of Sciences in Cracow. According to the researchers, current drugs can be used more effectively and at lower doses.

In cancer, a key factor contributing to the formation of metastasis is the ability of the neoplastic cells to undergo mechanical deformation. At the Institute of Nuclear Physics of the Polish Academy of Sciences (IFJ PAN) in Cracow, research on the mechanical properties of cells has been conducted for a quarter of a century. The latest study, carried out in cooperation with the Department of Medical Biochemistry of the Jagiellonian University Medical College, concerned several drugs currently used in prostate cancer chemotherapy, and specifically their impact on the mechanical properties of cancer cells. The results are optimistic: everything indicates that the doses of some drugs can be reduced without the risk of reducing their effectiveness.

Chemotherapy is an extremely brutal attack not only on the patient’s cancer cells but on all the cells in the body. By using it, doctors hope that the more sensitive tumour cells will die before the healthy ones begin to die. In this situation, it is crucial to know how to choose the optimal drug in a given case and how to determine its minimum dose, which on the one hand will guarantee the effectiveness of the treatment and on the other hand will minimize the adverse effects of the therapy.

As early as 1999, physicists from the IFJ PAN showed that cancer cells deform mechanically more easily. In practice, this fact means that they can squeeze through the narrow vessels of the circulatory and/or lymphatic systems with greater efficiency.

“The mechanical properties of a cell are determined by elements of its cytoskeleton such as the microtubules we examine, built of tubulin (a protein), actin filaments and intermediate filaments made of proteins such as keratin or vimentin,” says Prof. Malgorzata Lekka from the Department of Biophysical Microstructures IFJ PAN and adds: “Biomechanical measurements of cells are carried out using an atomic force microscope. Depending on the needs, we can press the probe more or less onto the cell, and in this way we obtain a mechanical response coming from structures lying either at its surface, i.e. at the cell membrane, or deeper, even at the cell nucleus. However, in order to obtain information about the effects of a drug, we must evaluate what contribution each type of cytoskeleton fibre makes to the mechanical properties of the cell.”

In the currently reported results, the Cracow-based physicists presented experiments using the commercially available DU145 human prostate cancer cell line. This line was chosen for its drug resistance. Undergoing long-term drug exposure, these cells become resistant to the drugs over time and not only do not die but even begin to divide.

“We focused on the effects of three commonly used drugs: vinflunine, colchicine and docetaxel. They all act on the microtubules, which is desirable since these fibres are essential for cell division. Docetaxel stabilizes the microtubules and therefore also increases the rigidity of the tumour cells and makes it difficult for them to migrate throughout the body. The other two drugs destabilize the microtubules, so cancer cells can migrate, but due to the disturbed functions of the cytoskeleton, they are unable to divide,” says PhD student Andrzej Kubiak, the first author of the article published in the prestigious Nanoscale.

The researchers from Cracow analysed the viability and mechanical properties of cells 24, 48 and 72 hours after drug treatment, and it turned out that the greatest changes were observed three days after drug exposure. This allowed them to determine two concentrations of drugs: one higher, which destroyed cells, and one lower, at which although cells survived, their mechanical properties were found to be altered. For obvious reasons, what happened to the cells in the latter case was of particular interest. The precise interpretation of some of the results required several tools, such as a confocal microscope and flow cytometry. Their use was possible thanks to cooperation with the Institute of Pharmacology of the Polish Academy of Sciences in Cracow, the Department of Cell Biology at the Faculty of Biochemistry, Biophysics and Biotechnology of the Jagiellonian University and the University of Milan (Department of Physics, Universita degli Studi di Milano).

“It has been known for some time that when microtubules are damaged, some of their functions are taken over by actin filaments. The combination of measurements of the mechanical properties of cells with images from confocal and fluorescence microscopes allowed us to observe this effect. We were able to accurately determine the areas in the cell affected by a given drug and understand how its impact changes over time,” emphasised PhD student Kubiak.

Practical conclusions can be drawn from the research of the Cracow physicists. For example, the effect of vinflunine is clearly visible in the nuclear region but is compensated by the actin filaments. As a result, the cell remains rigid enough to continue to multiply. On the other hand, 48 hours after the administration of the drug, the effects of docetaxel are most visible, mainly at the cell periphery. This fact also alerts us to the increased role of actin filaments and means that the therapy should be supported with a drug that acts on these filaments.

“Until now, there has been little research into the effectiveness of low concentrations of anti-cancer drugs. We show that the issue is really worth taking an interest in. For if we understand the mechanisms of action of individual drugs, we can maintain – and sometimes even increase – their current effectiveness while at the same time reducing the side effects of chemotherapy. In this way, chemotherapy can become more patient-friendly, which should affect not only the patient’s physical health but also their mental attitude which is so necessary in the fight against cancer,” concludes Prof. Lekka.

The website of the Department of Biophysical Microstructures, IFJ PAN.

The website of the Laboratoryof Spectroscopic Imaging, IFJ PAN.

The website of the Institute of Nuclear Physics, Polish Academy of Sciences.

Element with a sampling probe (highlighted) in the atomic force microscope (AFM) at the Spectroscopic Imaging Laboratory of the Institute of Nuclear Physics, Polish Academy of Sciences. (Source: IFJ PAN)