The global effort against tuberculosis, a disease which takes 1.5 million lives annually, presents some cause for optimism, according to an expert from the Hackensack Meridian Center for Discovery and Innovation (CDI) and a colleague from the Harvard T.H. Chan School of Public Health. 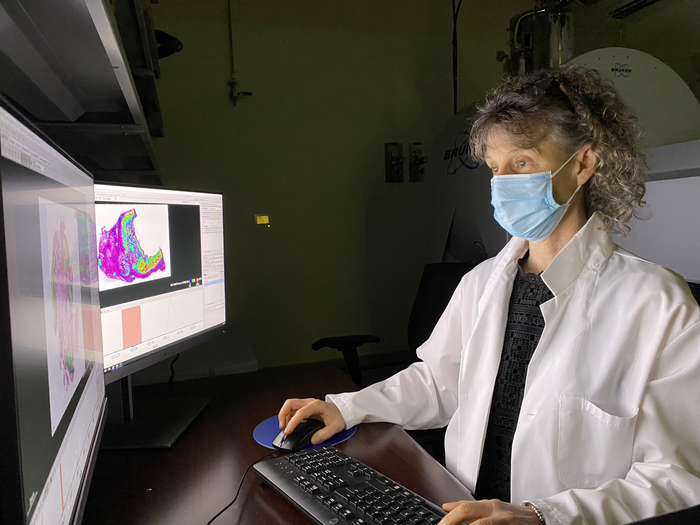 The global effort against tuberculosis, a disease which takes 1.5 million lives annually, presents some cause for optimism, according to an expert from the Hackensack Meridian Center for Discovery and Innovation (CDI) and a colleague from the Harvard T.H. Chan School of Public Health.

The paper “Anti-tuberculosis treatment strategies and drug development: challenges and priorities” is authored by Véronique Dartois, a member of the CDI, and her colleague Eric J. Rubin, of Harvard, and appears in the latest issue of Nature Reviews Microbiology.

The two experts assess the last decade-plus of progress in developing new drug regimens, as well as the discoveries made toward cracking the scientific riddle of the stubborn bacterial disease which disproportionately affects the developing world.

“For now, big challenges remain, but change has already come and there is cause for optimism with a healthy dose of realism,” the authors write.

Science has also reached an “exciting juncture” – where global health authorities are on the cusp of establishing a four-month regimen of drugs in a different combination, and a new 3-drug regimen that cures multidrug resistant TB in 6 months, both of which could further battle back against this worldwide scourge. Furthermore, crucial partnerships like the TB Drug Accelerator, of which the two authors are part, have made significant advances in understanding how the available drugs work, what new treatments are promising, and the biological problems of the Mycobacterium tuberculosis organism itself.

The realism comes from the current reality: millions continue to die in the countries most stricken; for instance, in 2019, just eight countries made up two-thirds of the new TB cases. What’s more, latent TB, which afflicts just under a quarter of the world’s population, according to a 2014 estimate, continues to be a little-understood problem. The fight against the disease has additionally been hampered by the global sweep of the COVID-19 pandemic over the last two years, they write.

While global health authorities are unlikely to reach the 2030 global goals of an 80 percent reduction of incidence, and a corresponding 90 percent reduction in deaths, the two scientists nonetheless see promise, especially if key priorities are established throughout the pipeline of partners worldwide.

“We are hopeful that the pre-clinical and clinical approaches we described in this Review can lead to the selection and evaluation of drug combinations earlier in the development cascade, and greatly accelerate the approval of shorter treatment regimens,” they conclude.

Dartois was also one the authors of a major Nature Medicine paper last summer which summarized the first decade of work of the TB Drug Accelerator up to that point. More recently, she was named as a fellow of the American Academy of Microbiology.