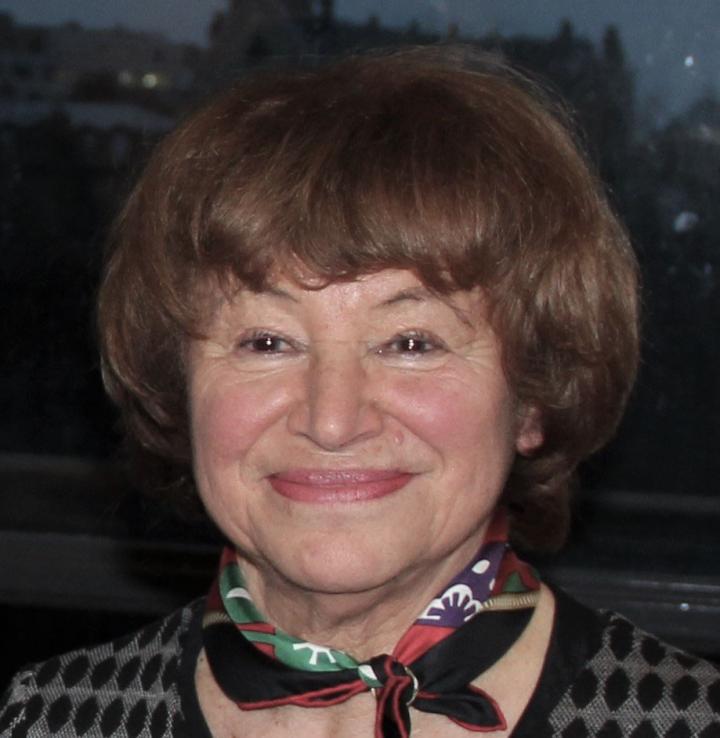 WASHINGTON, December 17, 2020 — The American Institute of Physics announced the winner of the 2020 John Torrence Tate Award for International Leadership in Physics to French astrophysicist Catherine Cesarsky.

Named after the celebrated American physicist John Torrence Tate, the Tate medal was established in 1959 and is awarded by AIP every two years to non-U.S. citizens for their leadership, research contributions, and service to the international physics community. The award consists of a certificate of recognition, a bronze medal, and a $10,000 prize. Previous winners include Fabiola Gianotti, Roald Sagdeev, and Jean Trân Thanh Vân.

The award committee, in selecting Cesarsky, praised her “for her leadership in bringing to fruition some of the most important international astronomical observatories, for her statesmanship through her approaches to the highest political leaders in France, Europe, and Chile, and for her service as president of the International Astronomical Union, among other prestigious organizations.” She will be presented with the Tate medal during a plenary session of the European Astronomical Society Annual Meeting, to be held in Leiden, Netherlands, in 2021.

“Receiving the Tate award was a lovely surprise,” Cesarsky said. “Having had the luck of being a graduate student and a postdoc in the U.S., I am always happy when I see I am remembered in this hospitable country.”

“I am delighted to congratulate Dr. Cesarsky on receiving the Tate Award as recognition of her accomplishments on a multitude of international projects,” said Michael Moloney, CEO of AIP. “Catherine is extremely well respected on the global stage, and this award is only a small token of appreciation for decades of contributions to the that science community. I was honored over a number of years to see her leadership in action in her work with the international Committee on Space Research.”

Born in France, Cesarsky earned her master’s degree in physics from the University of Buenos Aires and her doctorate in astronomy from Harvard University. She was a research fellow at the California Institute of Technology.

In 1974, she joined the joined the Commissariat à l’énergie atomique et aux énergies alternatives (CEA), a large public research organization in France, a major player in research, development, and innovation. She became the head of astrophysics in 1985, and director of all CEA basic research in physics and chemistry in 1994.

After her stint at CEA, Cesarsky served as the director general of the European Southern Observatory. As such, she oversaw the end of construction and operation of ESO’s Very Large Telescope, and the early construction of the Atacama Large Millimeter Array of radio telescopes in Chile — two remarkable astronomical facilities that have transformed our understanding of our place in the universe.

She launched the European Extremely Large Telescope project, a facility, presently under construction, that promises to enable detailed studies of exoplanets, the first galaxies in the universe, and the nature of the so-called dark universe. Back in France, she became advisor to the French government for science and energy as the high commissioner for atomic energy. Since 2012, she is a high-level science advisor at CEA.

“Catherine has played a leading role in building and using many of the premier astronomical instruments of this century, from the groundbreaking Infrared Space Observatory to the VLT,” said David Helfand, chair of the AIP board of directors. “Her consummate diplomatic skills were crucial in shepherding the sometimes fractious international partners of the Atacama Large Millimeter Array consortium toward creation of one of the marvels of modern science, and her visionary launch of studies for the European Southern Observatory’s Extremely Large Telescope will yield enormous benefits for our exploration of the universe throughout this century.”

Cesarsky is currently working with the Square Kilometer Array Observatory consortium, an international effort, as its chair to build the world’s largest radio telescope in Australia and South Africa. The SKA promises to revolutionize understanding of the universe, addressing a wide range of questions of relevance in all areas of astrophysics. The SKA telescopes will surpass by a large margin any other radio astronomy instrument in sensitivity, resolution, and field of view.

“Powerful telescopes can detect faint sources, such as planets orbiting stars other than our sun, or very distant objects, revealing the history of the universe,” Cesarsky said. “Large telescopes or arrays are expensive. Most often, they are unaffordable by one country alone, and they are built within international collaborations.

“They are used by a large number of astronomers from various countries, usually accessible at least in part to the best observational projects from all over the world, and the data obtained becomes public after some proprietary time of the order of one year. Not only are the telescopes the fruit of international collaborations, but the individual observing programs are often multinational, too. The astronomers of the world are in contact with each other and gather by interest and expertise rather than by nationality.”

For most of her career, Cesarsky has been in the forefront of encouraging other countries to construct optical and radio telescopes and working with international agencies and collaborations for deep space discoveries, often meeting and influencing leaders of those countries.

In 2009, Cesarsky served as the president of the International Astronomical Union during the International Year of Astronomy 2009. The celebration stimulated worldwide interest, especially among young people, in astronomy and science under the central theme, “The Universe, Yours to Discover,” but for Cesarsky, it meant more opportunities to meet with world leaders and promote astronomy.

Cesarsky was the principal investigator for ISOCAM, the infrared camera on board the Infrared Space Observatory satellite of the European Space Agency. She was also principal investigator of the ITGES collaboration that conducted deep surveys using ISOCAM, which discovered that infrared galaxies were much more numerous in the past and unveiled the sources of the mid-infrared background.

“Astronomy is in a golden age of discovery, which is lasting decades, to a great extent that it is driven by the huge progress of telescopes and detectors at all wavelengths. Astronomers are particularly good at taking advantage of new technologies and at pushing them to their limits to obtain excellent observing tools. They have learned to develop large telescopes or arrays of telescopes, to catch a maximum flux of photons from every celestial source and to continually enhance the resolving power, improving the accuracy of the images obtained.”

She is the author of more than 150 refereed papers dealing with cosmic-ray production and propagation, the interstellar medium, gamma-ray sources, particle acceleration in astrophysical shocks, and the emission and detection of infrared radiation from astrophysical sources, including deep surveys of luminous infrared galaxies and the classification of star-forming galaxies.

ABOUT THE TATE MEDAL

Named for John Torrence Tate in honor of his service to the physics community, the Tate Medal recognizes non-US citizens for international leadership in physics, with an emphasis on leadership, statesmanship, and service to the physics community, as opposed to research achievement. Awarded every two years, it consists of a certificate, a bronze medal, and a $10,000 cash award. For more information, see https://www.aip.org/aip/awards/tate-medal.

The American Institute of Physics (AIP) is a 501(c)(3) membership corporation of scientific societies. AIP pursues its mission–to advance, promote, and serve the physical sciences for the benefit of humanity–with a unifying voice of strength from diversity. In its role as a federation, AIP advances the success of its Member Societies by providing the means to pool, coordinate, and leverage their diverse expertise and contributions in pursuit of a shared goal of advancing the physical sciences in the research enterprise, in the economy, in education, and in society. In its role as an institute, AIP operates as a center of excellence using policy analysis, social science, and historical research to promote future progress in the physical sciences.