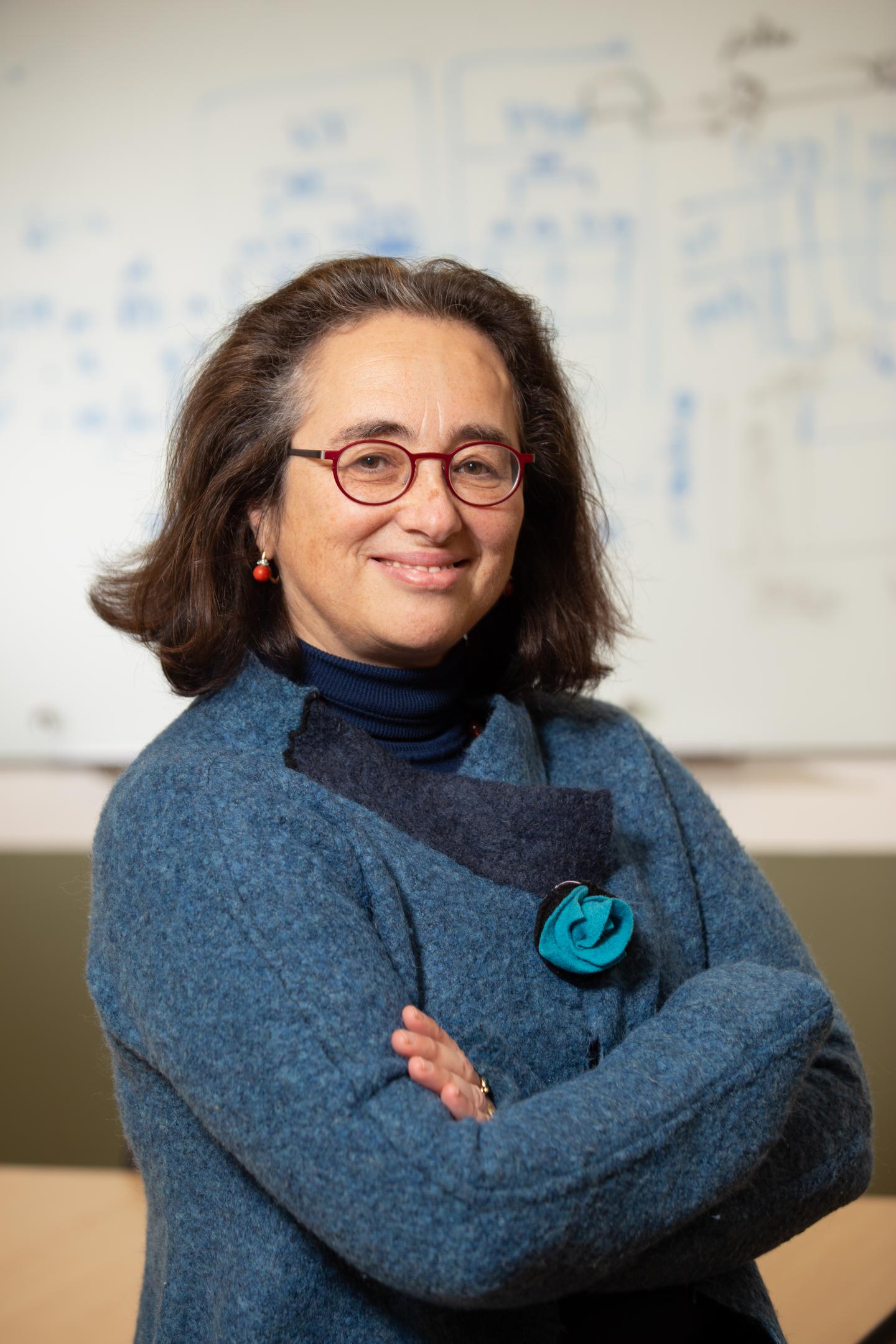 “Ever since the invention of the microscope in the 1600s, scientists have observed the minuscule details of living structures in an attempt to treat disease better. Modern microscopes can now illuminate and measure multiple molecular events as they happen in real time in the human body at ever-increasing levels of resolution. Despite the tremendous insight these technologies potentially provide, to this date most laboratories produce insular sets of data that are difficult to compare with those produced by colleagues in other laboratories and reproduce,” said Strambio De Castillia. “We need to move toward an integrated community capable of expediting advances through the sharing of reproducible, well-documented datasets, analytical procedures and analysis results. The grant funding provided by CZI will promote my efforts to develop standardized tools so that biological and medical scientists can take full advantage of this big-data technology.”

Strambio De Castillia received her PhD at The Rockefeller University, working in the lab of Nobel Laureate Gunter Blobel, a pioneer of modern cell biology. She later joined the laboratory of viral replication, pathogenesis and immunity at the University of Geneva, where she worked to dissect the host-pathogen interactions governing the early stages of HIV-1 viral infection. In this lab, she realized that better understanding of how HIV-1 traverses from the cytoplasm to the nucleus would require the development of software tools and metadata standards, aiding cross-lab comparison of raw-image data, analytical results and procedures. She assembled and led a multidisciplinary team of biologists and computer scientists to develop of the Open Microscopy Environment inteGrated Analysis (OMEGA) software platform to foster the sharing and reproducibility of particle tracking and motion analysis results.

In 2012, Strambio De Castillia joined UMMS in the Program in Molecular Medicine as an assistant professor. She and her group began a fruitful collaboration with the Biomedical Imaging Group, which was founded by Fredric S. Fay, PhD, and has been pioneering bioimaging techniques for the past 30 years. As a result of her efforts, the OMEGA project was brought to fruition with the recent release of the software platform with related particle tracking metadata standards and error estimation methods. In recognition of her pioneering work at the cutting edge of bio-image informatics and image data management, she was recently asked to join the National Institutes of Health’s 4D Nucleome consortium as an associate member to develop microscopy and image analysis metadata standards.

“To advance the treatment of complex diseases it will be necessary to explore multiple experimental systems, utilize different techniques, involve different disciplines and involve multiple labs working on a myriad of different bio-molecules, cellular structures and infectious agents inside the human body,” she said. “This is a tremendous challenge as most scientists work within the boundaries of their individual labs. I am working to help large multidisciplinary teams better address important biological and medical challenges.”

The new CZI Imaging Scientists Program awarded a total of $17 million in funding and selected 17 Imaging Scientists–engineers, physicists, mathematicians, computer scientists and biologists with expertise in technology development. The imaging of molecules, cells and tissues remains central to both biomedical research and clinical practice, yet progress in the imaging field has been slowed by inadequate software and limited sharing of advanced microscopy methods. The Imaging Scientists work at imaging centers across the United States and interface between biology, microscopy hardware and imaging software to accelerate progress in the imaging field, enabling biologists to leverage modern technology for microscopy data.

“Microscopy is a critical tool that allows researchers to actually see biology and life happen instead of just inferring from disparate data points,” said CZI co-founder Priscilla Chan. “Our hope is that microscopy will help scientists identify the causes and effects of diseases. We need to keep advancing these tools to make big breakthroughs in understanding disease. One of the ways we’re helping to accelerate scientific progress is by creating connections that otherwise wouldn’t have existed–it’s our hope that by bringing together biologists, clinicians and engineers, we can drive important advances in the field.”

Scienmag Jan 17, 2020
Credit: Karolinska Universitetssjukhuset A common and inexpensive drug may be used to counteract treatment…