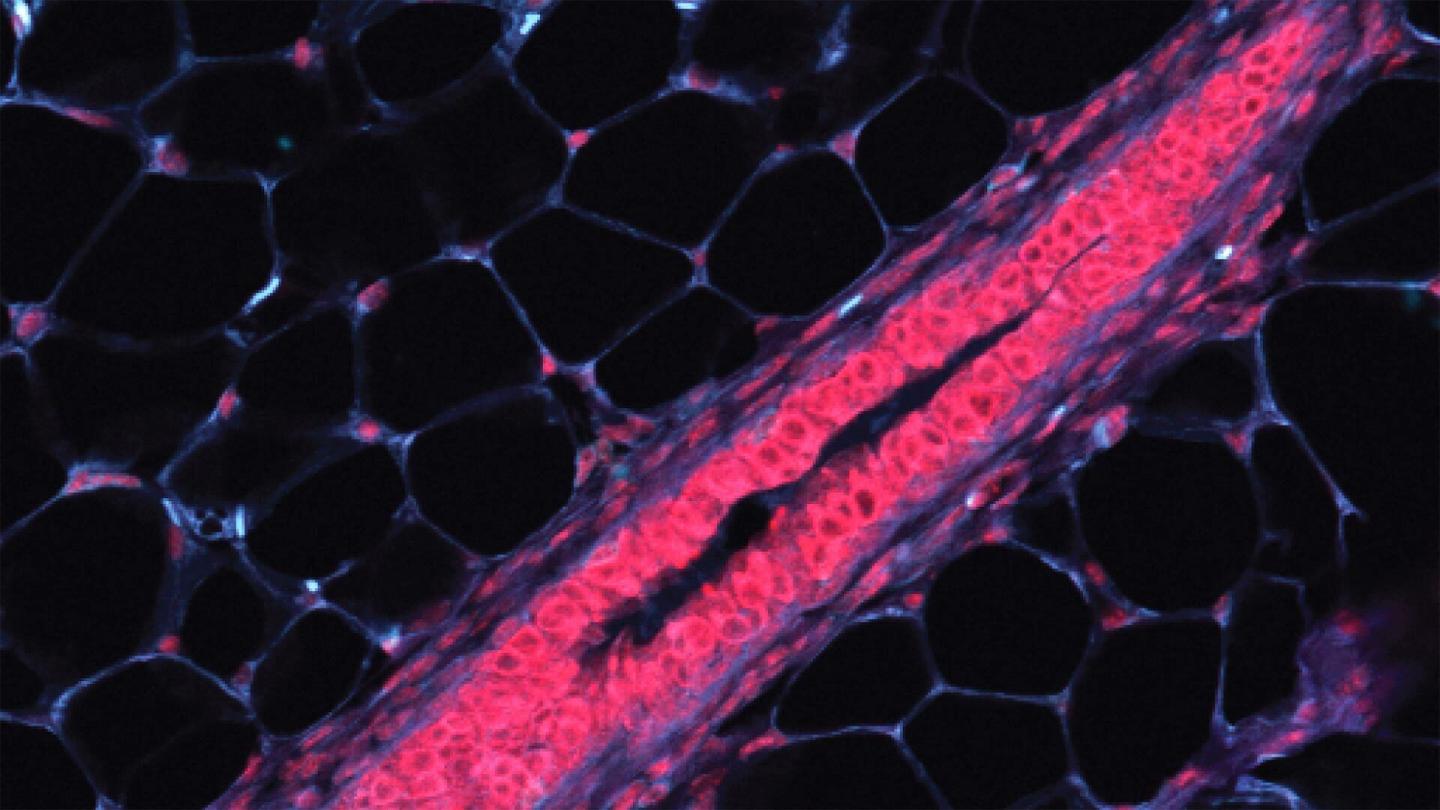 What if you could predict which cells might become cancerous? Breast tissue changes dramatically throughout a woman’s life, so finding markers for sudden changes that can lead to cancer is especially difficult. Cold Spring Harbor Laboratory (CSHL) Associate Professor Camila dos Santos and her team identified and cataloged thousands of normal human and mouse breast cell types. The new catalog redefines healthy breast tissue so that when something goes awry, scientists can pinpoint its origin.

“To understand breast cancer risk, you have to understand normal breast cells first, so when we think about preventive and even targeting therapies, you would be preventing the right cell types from developing to cancer cells.”

A traditional way to catalog cells is by tracking a few signature genes related to the cell’s function. To classify cells more extensively, dos Santos’ team turned to a technique known as single-cell RNA sequencing. They tracked the activity of several genes in over 15,000 cells in mouse and human breast tissue. Samantha Henry, a Stony Brook University graduate student-in-residence in dos Santos’ lab, says:

One cell group included estrogen receptor-positive cells, which are generally amenable to treatment. But dos Santos’ team found that this group could be split into several subpopulations, where each one might have different responses to therapies.

The team, in collaboration with computational biologist CSHL Professor Adam Siepel and his team, learned that mice and human breast cells had similar genetic profiles, demonstrating why studies in mice are likely to be relevant to humans. Marygrace Trousdell, a computational science developer in the dos Santos lab, says:

“We’re always finding ourselves struggling with definitive classifications of certain cell types. Sometimes I think I’ve seen every gene out there, and then something else will pop up.”

Currently, the lab is trying to distinguish normal genetic shifts from those associated with cancer. Dos Santos hopes that her catalog of breast cell types will point to which kinds of cells to monitor and point researchers toward treatment options in the future.