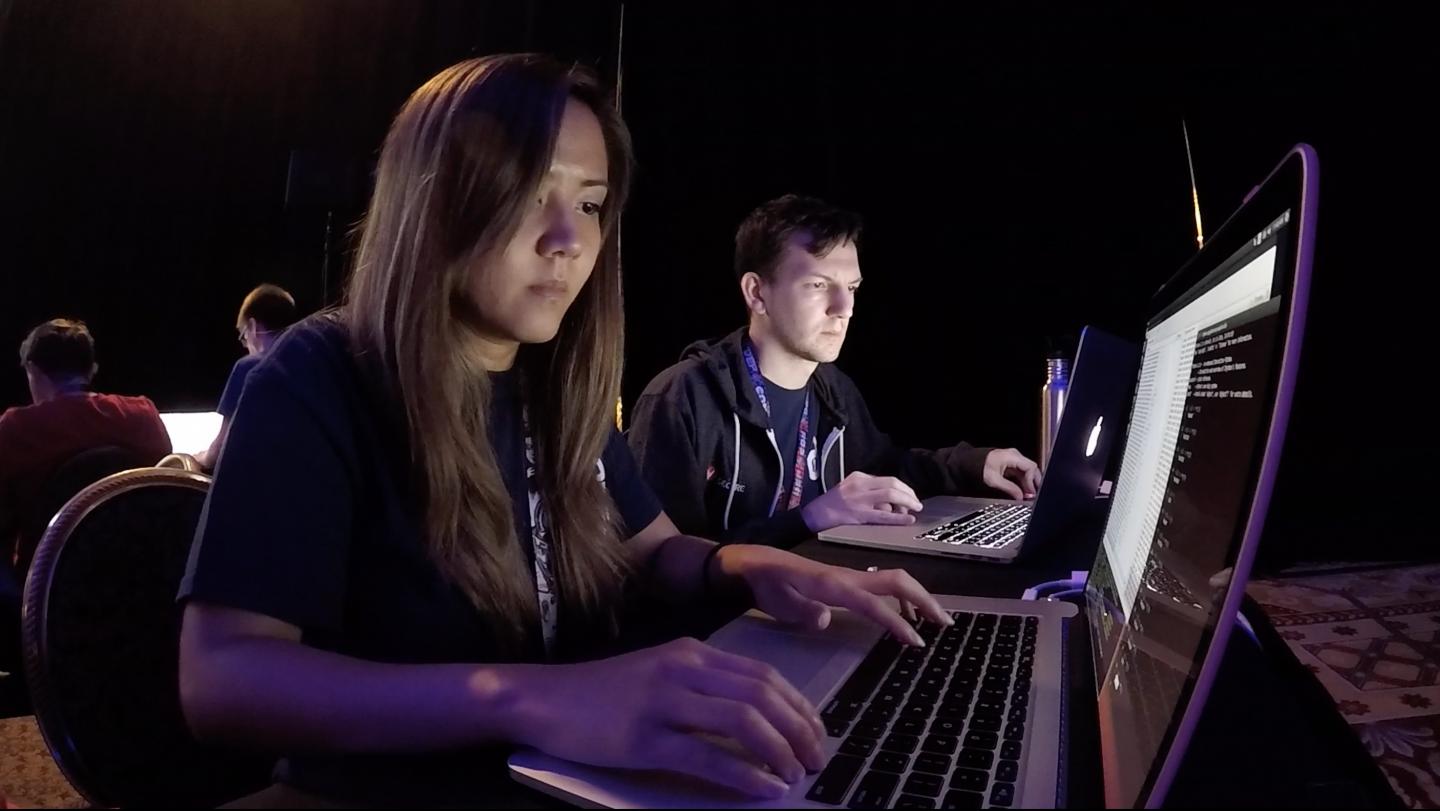 Carnegie Mellon University’s competitive hacking team, the Plaid Parliament of Pwning (PPP), just won its fifth hacking world championship in seven years at this year’s DefCon security conference, widely considered the “World Cup” of hacking. The championship, played in the form of a virtual game of “capture the flag,” was held August 8-11 in Las Vegas.

PPP now holds two more DefCon titles than any other team in the 23-year history of DefCon hosting the competition.

“If you’re wondering who the best and brightest security experts in the world are, look no further than the capture the flag room at DefCon,” says David Brumley, a professor of Electrical and Computer Engineering at Carnegie Mellon, and the faculty advisor to the team.

Three of the five biggest data breaches ever have occurred in the past 12 months, leaking nearly 2 billion personal records. For security experts trying to defend against these types of attacks, the annual DefCon conference provides an opportunity to hone their skills and practice on one another.

“These competitions are so much more than just games,” says Zach Wade, a student in Carnegie Mellon’s School of Computer Science and one of PPP’s team captains. “They bring together the security community to share and test new ideas that can be used to strengthen the security of the systems and devices we use every day.”

Over the course of the 72-hour hacking spree, teams made up of students, industry workers, and government contractors attempted to break into each other’s systems, stealing virtual “flags” and accumulating points. To add drama, team scores were hidden from view on the second day, and scores and rankings were hidden on the last day, sending teams into a hacking frenzy.

“Our team’s success reflects our dedication to training the problem solvers of the future,” says Jon Cagan, interim dean of Carnegie Mellon’s College of Engineering.

This year’s competition consisted of 16 pre-qualified teams with members from at least seven countries around the world. Team “HITCONxBfKin” from Taiwan placed second overall, with team “Tea Deliverers” from China trailing in third.

About Carnegie Mellon University: Carnegie Mellon is a private, internationally ranked university with programs in areas ranging from science, technology and business to public policy, the humanities and the arts. More than 13,000 students in the university’s seven schools and colleges benefit from a small faculty-to-student ratio and an education characterized by its focus on creating and implementing solutions

Apples, tea and moderation — the 3 ingredients for a long life

Scienmag Nov 12, 2019
Credit: © Marcos Uzquiano The world's population is growing - and with it the need for natural resources.…

Research calls for analysis of corporate ethics in the global sports…