ACM, the Association for Computing Machinery, today named Carla E. Brodley the recipient of the inaugural ACM Frances E. Allen Award for Outstanding Mentoring. Brodley is recognized for significant personal mentorship and leadership in creating systemic programs that have increased diversity in computer science by creating mentoring opportunities for thousands at Northeastern and other universities across the United States. 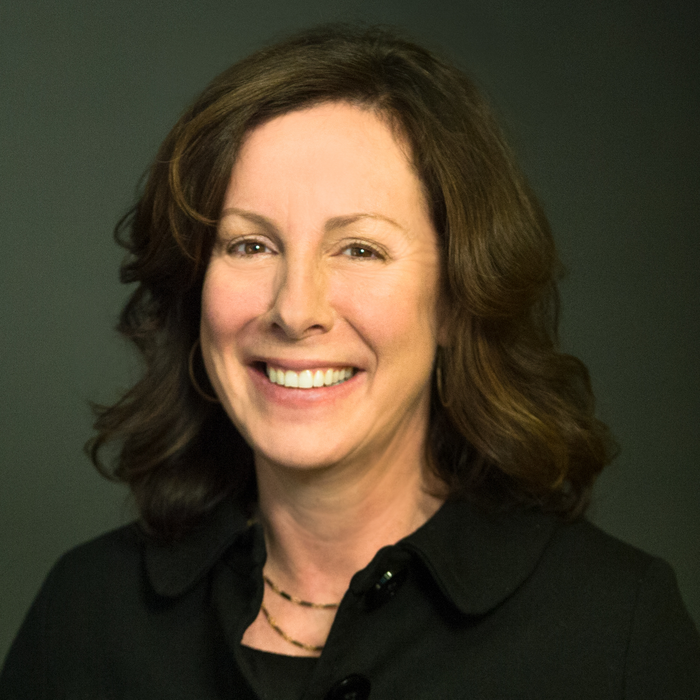 ACM, the Association for Computing Machinery, today named Carla E. Brodley the recipient of the inaugural ACM Frances E. Allen Award for Outstanding Mentoring. Brodley is recognized for significant personal mentorship and leadership in creating systemic programs that have increased diversity in computer science by creating mentoring opportunities for thousands at Northeastern and other universities across the United States.

An internationally recognized leader in the fields of machine learning, data mining, and artificial intelligence, Brodley has shown a deep commitment to mentoring and increasing diversity in computer science throughout her academic career. She has worked to develop and disseminate data-driven mentoring practices to make computer science more diverse, inclusive, and equitable in a sustainable and systemic way.

Inaugurated this year, the ACM Frances E. Allen Award for Outstanding Mentoring will be presented biennially to an individual who has exemplified excellence and/or innovation in mentoring with particular attention to recognition of individuals who have shown outstanding leadership in promoting diversity, equity, and inclusion in computing. The award is named for Frances E. Allen, an American computer scientist and pioneer in optimizing compilers. Allen, who was the first woman to receive the ACM A.M. Turing Award, was especially known for her mentorship of younger colleagues. The award is accompanied by a prize of $25,000 to the awardee, and an additional $10,000 cash contribution to an approved charity of the awardee’s choice. Financial support is provided by Microsoft Research.

Brodley’s efforts have been remarkably successful. For example, while Dean of Northeastern University’s Khoury College of Computer Science from 2014 – 2021 enrollments grew from 2,125 students to 6,169. The total enrollment of undergraduate women grew from 19% to 32% (the national average is 21.5 %) and the enrollment of female MS students increased from 33% to 42% (the national average is 25.7 %). The representation of students from races and ethnicities historically marginalized in tech increased from 10% to 19%. These increases are attributed to several academic innovations Brodley championed including developing 30 interdisciplinary undergraduate computing majors, as well as the “Align MS in CS” which is a master’s in computing for individuals with undergraduate degrees in any field. In addition to student enrollment, Brodley also diversified the faculty at Khoury. Of the 46 new tenure track hires made during her tenure as Dean, 13 (28%) were women (double the national average) and 8 (17%) were from races and ethnicities that are underrepresented in technology (the national average of faculty from these groups is 1%).

“Computing is so essential to the way we live now and will live in the future,” said ACM President Gabriele Kotsis. “At ACM, we believe it is a matter of utmost importance to ensure that all people, regardless of their gender or racial background, learn about the possibilities of pursuing a career in computer science and feel welcome in our field. Carla E. Brodley not only put effective strategies into practice at Northeastern University, but she has developed a program to help dozens of computer science departments around the U.S. effectively diagnose their diversity challenges and systemically address them. Thousands of students have benefited from her work, and we encourage everyone who is interested in broadening participation in academia or the private sector to learn from her example.”

Brodley has also led important initiatives to enhance the participation of women of all races and ethnicities in computer science departments across the United States. At Northeastern University, she founded the Center for Inclusive Computing (CIC) to focus on systemic changes that faculty and administrators can implement at their own universities to increase the representation of women in undergraduate computing. The CIC provides funding and mentorship to colleges and universities to support this objective.

With Brodley’s leadership, the CIC has provided over $13 million in Implementation and Diagnostic grants to 56 schools. Diagnostic grantees receive two years of funding to cover the cost of collecting detailed intersectional data related to enrollment, persistence, retention, and graduation. Implementation grantees receive 2-4 years of funding to make systemic sustainable change. The CIC does not just provide the money, it guides grantees through a multi-stage process that includes mentoring faculty and administrators in how to diagnose their own institutional barriers and how to implement the appropriate evidence-based practices to ensure that all students can discover, enjoy and persist in computing.

Over the years, she has also done significant work with the Computing Research Association’s Committee on Widening Participation (CRA-WP), serving as a Board Member and Co-Chair.

“Microsoft is proud to provide financial support for the inaugural Frances E. Allen Award for Outstanding Mentoring,” said Fatima Kardar, Vice President and COO at Microsoft. “An award recognizing great mentors is an excellent and long overdue idea. All of us can point to someone in our professional life who inspired us, helped us at a pivotal moment, or took time away from their own work to offer us advice or guidance. A spirit of cooperation has defined our field from the beginning—and we should encourage and celebrate it. We also congratulate Carla Brodley for her work in enhancing diversity, especially the participation of women in the field. At Microsoft we strive to create a deeply inclusive environment. It is the right thing to do, and we know that different perspectives on our teams lead to better products and services for our customers.”

Brodley will be formally presented with the ACM Frances E. Allen Award for Outstanding Mentoring at the annual ACM Awards Banquet, which will be held this year on Saturday, June 11 at the Palace Hotel in San Francisco.

Biographical Background
Carla E. Brodley is Dean of Inclusive Computing, and past Dean of the Khoury College of Computer Sciences at Northeastern University. Prior to joining Northeastern, she was a Professor and Chair of the Department of Computer Science at Tufts University. Earlier in her career she served on the faculty of Purdue University. Brodley earned a B.A. Degree in computer science and mathematics from McGill University, and M.S. and Ph.D. degrees in computer science from the University of Massachusetts at Amherst.

Brodley has authored 30 journal articles, 53 conference papers, 7 magazine articles, 3 book chapters, and 26 symposia and workshop chapters. Her honors include receiving a National Science Foundation (NSF) CAREER Award and the Harrold and Notkin Research and Graduate Mentoring Award from the National Center for Women & Information Technology (NCWIT). Brodley was selected as a Fellow of the Association for the Advancement of Artificial Intelligence (AAAI) and was named an ACM Fellow for applications of machine learning and for increasing the participation of women in computer science.

About the ACM Frances E. Allen Award for Outstanding Mentoring
The ACM Frances E. Allen Award for Outstanding Mentoring, is presented biennially to an individual who has exemplified excellence and/or innovation in mentoring with particular attention to recognition of individuals who have shown outstanding leadership in promoting diversity, equity, and inclusion in computing. Nominations will be reviewed for the quality, breadth, and impact of the candidate’s mentoring contributions to ACM and its community. The award is presented at the ACM Award Banquet and is accompanied by a prize of $25,000 to the awardee, with an additional $10,000 cash contribution to an approved charity of the awardee’s choice. Financial support is provided by Microsoft Research.

About ACM
ACM, the Association for Computing Machinery, is the world’s largest educational and scientific computing society, uniting computing educators, researchers, and professionals to inspire dialogue, share resources, and address the field’s challenges. ACM strengthens the computing profession’s collective voice through strong leadership, promotion of the highest standards, and recognition of technical excellence. ACM supports the professional growth of its members by providing opportunities for life-long learning, career development, and professional networking.